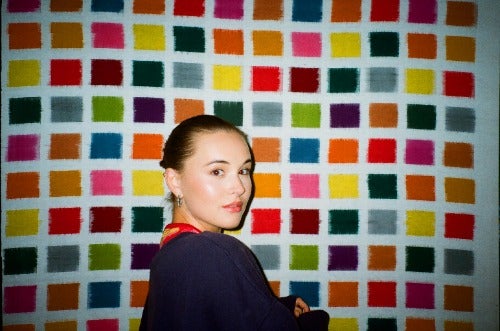 Ye famously replaced Kim Kardashian’s entire wardrobe at the start of their relationship nearly 10 years ago — which prompts the question: Is history about to repeat itself?

Welcome to the next chapter of the Kimye divorce saga, starring Julia Fox.

The 31-year-old actor — who is best known for her breakout performance in Adam Sandler’s Uncut Gems — appears to have bagged herself the highly coveted role of the newest muse of Ye (formerly known as Kanye West).

If you’re wondering how we got here, you’re not alone. Allow me to explain.

So, if you’ve been ~keeping up~ with Kim Kardashian West and Ye over the past few months, you’ll be well aware that Ye has made no secret of the fact that his sights have been firmly set on a reunion.

While Kim was hanging out with her rumored beau, Pete Davidson, Ye pretty much spent the entire month of November publicly begging for her to reconsider their divorce.

In fact, even as recently as Dec. 9, the father of four was proudly singing for his soon-to-be-ex-wife to “run right back” to him while performing on stage in front of 70,000 people.

In light of this, fans were left understandably shocked after the rapper was spotted hanging out with a number of different women over the course of the festive period.

Reportedly “embracing the single life,” Ye spent time partying in Belize, Houston, and eventually Miami, where he celebrated over the New Year weekend.

Which is where we meet Julia Fox.

The duo were first linked after they stepped out for dinner in Miami on New Year’s Day. And despite reports at the time that the date was “nothing serious,” Julia and Ye were spotted on a second outing just a few days later.

After relocating to New York City for their next date — which involved a Broadway show and another romantic dinner — Page Six reported that the two were officially dating.

“They both just got out of their former relationships, and they’ve helped each other recover immensely,” a source claimed earlier this week. “They’re kind of kindred spirits, and it’s cool to watch.”

And now, putting any speculation to rest, Julia confirmed the romance herself in a blog entry she wrote for Interview Magazine on Jan. 6 — less than one week after we’re told they first met.

The brief but detailed article — which is accompanied by a slew of very intimate images of the two — begins with Julia explaining that, as we presumed, she and Ye first met in Miami on New Year’s Eve, right before their first date on Jan. 1.

“I met Ye in Miami on New Year’s Eve and it was an instant connection. His energy is so fun to be around. He had me and my friends laughing, dancing, and smiling all night,” she wrote, before going on to explain how they wound up in NYC days later.

“We decided to keep the energy going and fly back to New York City to see Slave Play,” she revealed. “Ye’s flight landed at six and the play was at seven and he was there ON TIME. I was impressed.”

“After the play we chose to do dinner at Carbone which is one of my favorite restaurants. Obviously,” she added.

Julia also explained that — in true Ye style — the Yeezy founder took it upon himself to direct a photoshoot inside the restaurant, snapping shots of Julia while other diners apparently cheered from the sidelines.

“At the restaurant, Ye directed an entire photo shoot for me while people dined! The whole restaurant loved it and cheered us on while it was happening,” she said.

And if the impromptu photoshoot wasn’t strange enough, here’s where things start to get a little weird.

The Uncut Gems star went on to reveal that after finishing up with dinner, the two headed back to a hotel suite which had been packed out with racks of clothes for her to wear.

“After dinner Ye had a surprise for me. I mean, I’m still in shock,” Julia wrote. “Ye had an entire hotel suite full of clothes. It was every girl’s dream come true. It felt like a real Cinderella moment.”

“I don’t know how he did it, or how he got all of it there in time. But I was so surprised. Like, who does things like this on a second date? Or any date!” she concluded.

If you read that passage and felt a sudden pang of déjà vu, that’s probably because we’ve seen this scenario before.

Despite Julia’s evident surprise at the gesture, Ye used a similar tactic once before to woo (or rather, reinvent) Kim Kardashian at the start of their relationship.

If you need reminding, Ye took it upon himself to lead a complete overhaul of Kim’s image shortly after they officially started dating in 2012.

Starting with her style, Ye called upon the help of his stylist, who assisted him in updating Kim’s entire closet, disposing of anything they didn’t like and replacing it with ~Ye-approved~ items.

After reportedly throwing out over 250 pairs of shoes — and reducing Kim to tears in the process — Ye presented her with an entirely new wardrobe filled with designer clothes he’d picked out to inaugurate the new-and-improved Kim.

Nearly a decade later — the 250 pairs of lost shoes now ancient history — and Ye has literally been credited with “revolutionizing” Kim’s style and overall image.

Which prompts the question: Is history about to repeat itself?

Interestingly, even before Julia revealed that he had surprised her with the new clothes, some fans were already speculating that Ye had been styling her for their dates.

Sporting a number of Balenciaga ensembles, Julia’s date night attire was suspiciously reminiscent of the countless looks from the same designer that we’ve come to expect from Kim over recent months.

Clearly unfazed by the Kim K comparisons, Julia closed out her Interview Mag post by hinting that she’s excited for the future of her relationship with Ye.

“Everything with us has been so organic,” she told readers. “I don’t know where things are headed but if this is any indication of the future I’m loving the ride.”

Like Julia, we also can’t predict where the future will take this unlikely duo. But, if Ye's generous wardrobe donation is anything to go by, there's a chance he could be in it for the long run.