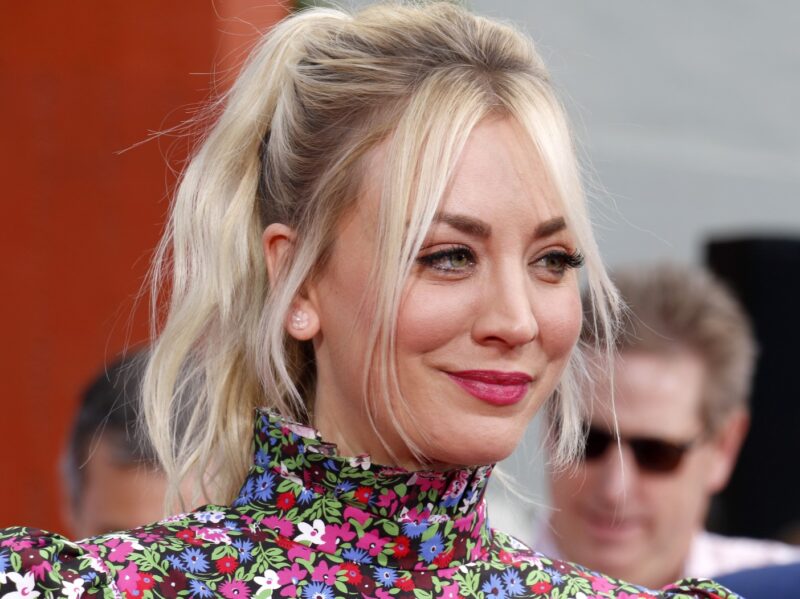 Kaley Cuoco Got Matching Tattoos With Her Special House Guest

This isn’t the first matching tattoo the duo has.

Kaley Cuoco recently revealed that she has a new housemate: The Flight Attendant co-star Zosia Mamet. The pair became fast friends—Mamet has even temporarily moved into Cuoco’s house—and recently celebrated their bond with something surprisingly permanent.

“It all started with a ‘boop’ @kaleycuoco,” Mamet captioned a selfie of the duo. Both actresses showed off their new tattoos: cursive script on their upper arms that reads “Boop.” Mamet’s caption continued, “I can’t imagine life without you. @ar.bel thank you for this gorgeous permanent reminder. It’s perfect.”

Cuoco commented on the post, leaving a string of red heart emojis. She also posted pictures from the tattoo session, writing, “I ‘booped’ you many years ago @zosiamamet. Glad we made it official. Thank you @ar.bel for the perfection.” While it’s unknown what exactly “Boop” means to the two friends, the word has been used to describe affectionately poking someone’s nose.

This is not the first time Cuoco and Mamet have gotten matching ink. The actresses also got twin paper airplane tattoos in 2020 in honor of their roles in The Flight Attendant. Cuoco’s friendship with Mamet definitely helped her through some of the tough times she faced while filming the show.

Cuoco Struggled While Filming: ‘I Just Didn’t Feel I Had An Escape This Season’

I’d have these emotional scenes and then I’d go home and cry over my personal life,” she revealed during an interview with Glamour . “I developed a rash that went from my lower stomach down my leg. It lasted for seven months.”

“I discovered through therapy and through my doctors that it was completely emotional. That’s how the stress was [showing up] physically. I couldn’t even walk,” she continued. “Plus, there’s so much in my personal life I was going through. I never felt relief from it. As an actor, I love going to play something else; you get to escape. But I just didn’t feel I had an escape this season at all. It all kind of melted into one.”

The actress recently announced her divorce from her husband of four years, Karl Cook. Cuoco seems to be taking a break from dating, despite recently being linked to comedian Pete Davidson. The two are co-starring in an upcoming romantic comedy and grew close onset, but Davidson is pretty publicly coupled up with Kim Kardashian.

Even though Cuoco had some personal struggles while filming, it’s clear her friendship with Mamet helped her through it. The recent matching tattoos show off just how close the pair are.