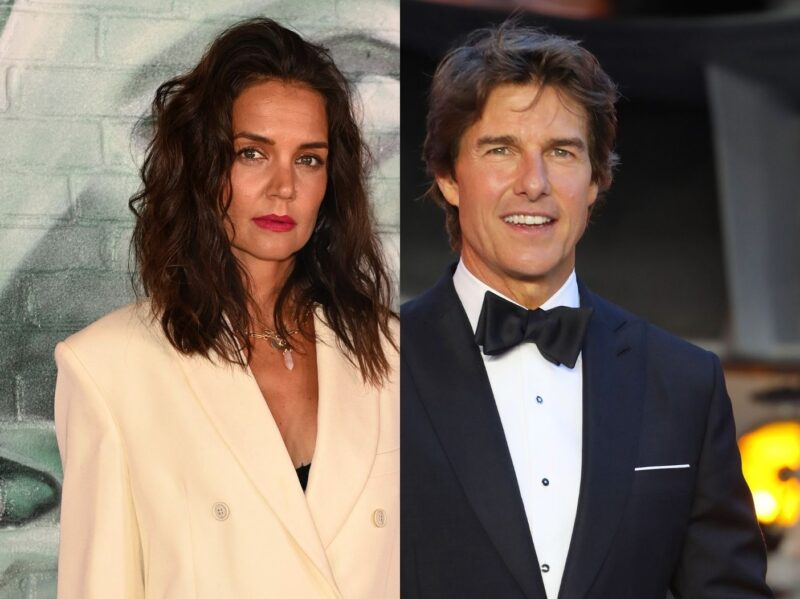 Years after their divorce, gossip about TomKat continues.

Is Katie Holmes refusing to let Suri reunite with Tom Cruise? There have been rumors that Holmes shut down Cruise’s plans for a meet-up. Here’s what the tabloids are saying.

Earlier this year, New Idea reported that as the tenth anniversary approached of the last time Tom Cruise was seen with his daughter, the Mission: Impossible actor was making strides to reunite with Suri. But sources revealed that Katie Holmes wasn’t thrilled by the idea. “Suri is naturally really curious about her father and is begging Katie to allow her to meet with him,” one tipster explained. “Saying yes goes against Katie’s every instinct, but the reality is, Suri is old enough to make her own decisions.”

But we seriously doubted that the tabloid had access to this level of information about the intensely private family. We have no idea when the last time Cruise saw his daughter was—but it’s no secret that Cruise’s faith in the Church of Scientology complicates his relationship with those who reject its teachings. Nevertheless, we couldn’t help but feel gross after reading such unrestrained gossip about a 15-year-old child and her estranged father.

Then, New Idea reported Cruise may not be in communication with Suri, but he wasn’t going to let her Sweet 16 pass without marking the occasion. According to the outlet’s sources, Cruise planned to buy Suri a Tesla Model X, worth at least $90,000. But Holmes apparently had no intention of putting her daughter in the driver’s seat just yet. “The car is a nice gesture, if not a touch extravagant. But the thought of Suri driving in New York at her age is the stuff of nightmares for Katie,” the source confided, before revealing that Holmes shut the whole thing down.

Of course, this story really just seemed like the tabloid’s fantasy. Tom Cruise and Suri, as far as the public knows, do not have a relationship. Due to his religion, Cruise is known to avoid public entanglements with anyone who isn’t a supporter of the church. So, why in the world would he suddenly decide to purchase Suri a huge, controversial $90,000 birthday present? Such a grand gesture would surely draw attention, so we doubted it was ever in the cards at all.

Then Woman’s Day reported Suri was desperate to see her father again. “She’s always been curious about him,” an insider spilled. “Suri makes out like being without her father is no big deal but it is.” And sources dished that Cruise actually had plans to reunite with Suri, but Holmes put a stop to it. Apparently, Holmes was uncomfortable with Cruise’s public image, and she simply didn’t want her daughter to get swept up in it.

But once again, the tabloid refused to explain why it’s been so long since Cruise has seen his daughter—and it isn’t because Holmes is keeping them apart. According to Holmes and Cruise’s custody agreement, Cruise can legally see Suri virtually anytime he wants. And yet, from what we can tell, he refuses to have at least any sort of public relationship with her because of his religion. And once again, we had to point out how creepy it was that the tabloid pretended to possess this level of insight into a child’s private thoughts and feelings.