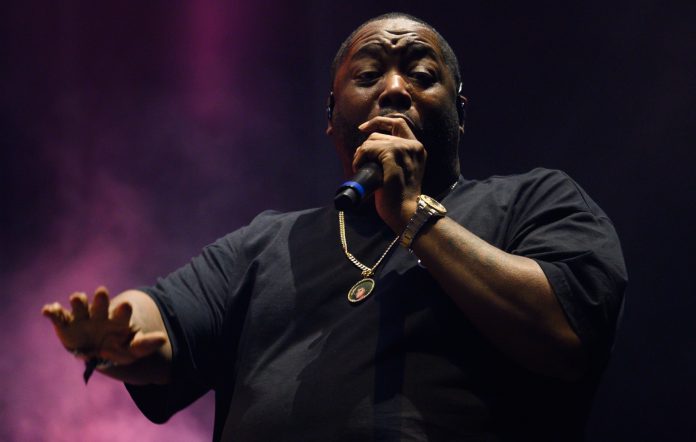 Rapper Killer Mike has taken to social media to reveal that his barbershop in Atlanta has been vandalised by someone he describes as “mentally disturbed”.

The Run The Jewels rapper shared the news on Tuesday (December 28), saying “A mentally disturbed White Man who Calls himself “Druce Wayne” did this to our Shop downtown. He lives in the delusion he is Kurt Cobain and somehow i am involved in a conspiracy to keep him silenced.”

Killer Mike went on to say that the damage done to his shop can be mended, but “this man’s mind is terribly broken”. He went on to urge his followers from Oklahoma to reach out if they know the vandal “so u can get him some help”.

“I will for sure make sure we get this fixed and I encourage all to check on your mentally ill loved ones because the world my not be as understanding as me,” Killer Mike concluded.

The act marks the second time in recent history that one of Killer Mike’s businesses has suffered damages. In February, his SWAG Shop barbershop in South Fulton, Georgia had its windows blown out in a shooting near the store.

According to reports, no one was hurt in the incident, and the barbershop – which at the time was gearing up to reopen after the coronavirus pandemic forced its closure – was empty at the time of the incident.

In other Killer Mike news, the rapper recently performed with the cast of The Lord Of The Rings and Method Man to celebrate the film franchise’s 20th anniversary.

During December 15’s episode of The Late Show, host Stephen Colbert introduced a hip-hop tribute titled ‘#1 Trilly’ – where Elijah Wood, Sean Astin, Killer Mike, Orlando Bloom and more rapped about how The Lord Of The Rings is the greatest film trilogy ever released.

Run The Jewels’ ‘RTJ4’ was crowned NME’s Album Of The Year for 2020. The record received a glowing five-star review, which described the album as “a modern protest classic and their best work yet”.