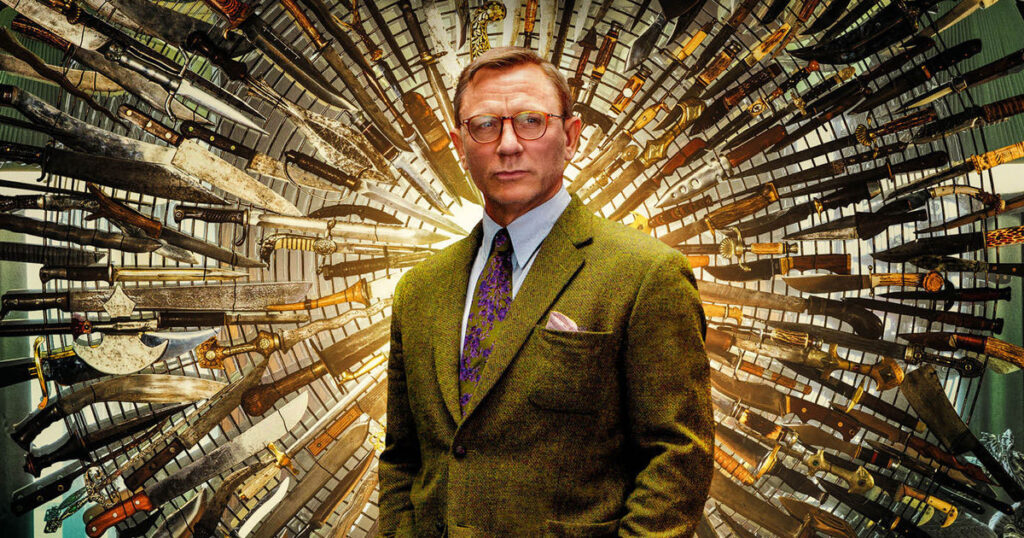 Private Detective Benoit Blanc is ready for his next case, but it will have to wait until late 2022 to get underway. According to Variety , Knives Out 2 will be released in theaters and on Netflix in the last quarter of 2022. The Knives Out 2 release date comes as a bit of a surprise, as some fans were hoping the film would arrive a bit sooner. In addition, Netflix expects to bring Knives Out 2 to festivals before release. Netflix has not announced which festivals it plans to attend, though this is surely a sign that the studio hopes Knives Out 2 will have awards appeal.

We know very little about Knives Out 2 at this time, though we have seen the film’s stars acting for the cameras in a posh, vacation-like setting. This, of course, is a wild departure from the original, which took place in a stylish mansion decorated with knick-knacks, knives, and needling personalities.

Netflix acquired the exclusive rights to the whodunit franchise in 2021. It was initially said that the deal was in the $400-$450 million range, but the final number came out to $469 million, which is positively wild. According to The Hollywood Reporter , Rian Johnson, Daniel Craig, and producer Ram Bergman are looking to walk away with “upwards of $100 million” …each! “Yes, it’s overpaying but Netflix is playing chess while everyone else is playing checkers,” a Netflix executive told THR at the time. “It takes a proven theatrical commodity off the board and puts it in their pocket. And it’s another way they re-educate audiences to think of streaming and their company above a studio.” The deal doesn’t have many stipulations as it gives Rian Johnson complete creative control and means that he won’t have to take any notes from Netflix, but it does say that Daniel Craig must star in the sequels and that they must have at least the budget of the original film, which cost somewhere in the realm of $40 million. I don’t think that will be a problem.

Are you excited to follow Benoit Blanc onto another case? What do you think about the ritzy setting of the upcoming sequel? Do you think Mr. Blanc will be solving the murder of a tech magnate? Will the more relaxed location affect Benoit’s ability to sniff out whoever is responsible for the crime? Let us know how you feel about Knives Out 2 in the comments section below.