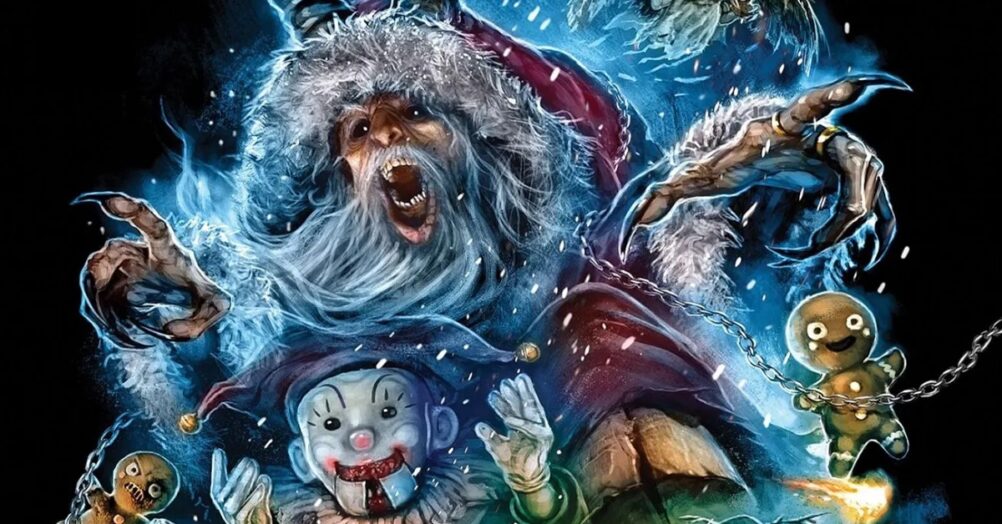 Krampus: NECA will be making figures based on Michael Dougherty film in 2022

Six years have gone by since the release of Trick ‘r Treat director Michael Dougherty’s Christmas horror movie Krampus , and it seems to be gaining in popularity. The movie (which was featured on our Best Christmas Horror Movies list earlier this month) recently received a special edition Blu-ray release that features a “Naughty Cut” – which “restores key dialogue and scenes that had to be trimmed from the original theatrical release in order to appease the MPAA” – (pick up a copy HERE), and now the collectibles makers at NECA have announced they’ll be releasing Krampus collectibles in time for the holidays at the end of 2022! It looks like there’s going to be Krampus stocking stuffers next year.

Scripted by Dougherty, Todd Casey, and Zach Shields, Krampus has the following synopsis:

When his dysfunctional family clashes over the holidays, young Max is disillusioned and turns his back on Christmas. Little does he know, this lack of festive spirit has unleashed the wrath of Krampus: a demonic force of ancient evil intent on punishing non-believers. All hell breaks loose as beloved holiday icons take on a monstrous life of their own, laying siege to the fractured family’s home and forcing them to fight for each other if they hope to survive.

There are definitely plenty of creatures in Krampus that could serve as the basis for several very cool figures, from the title character to masked elves, living gingerbread cookies, a ravenous jack-in-the-box, and violent toys.

Are you a fan of Krampus, and are you looking forward to seeing what sort of Krampus collectibles NECA will be releasing next year? Let us know by leaving a comment below.