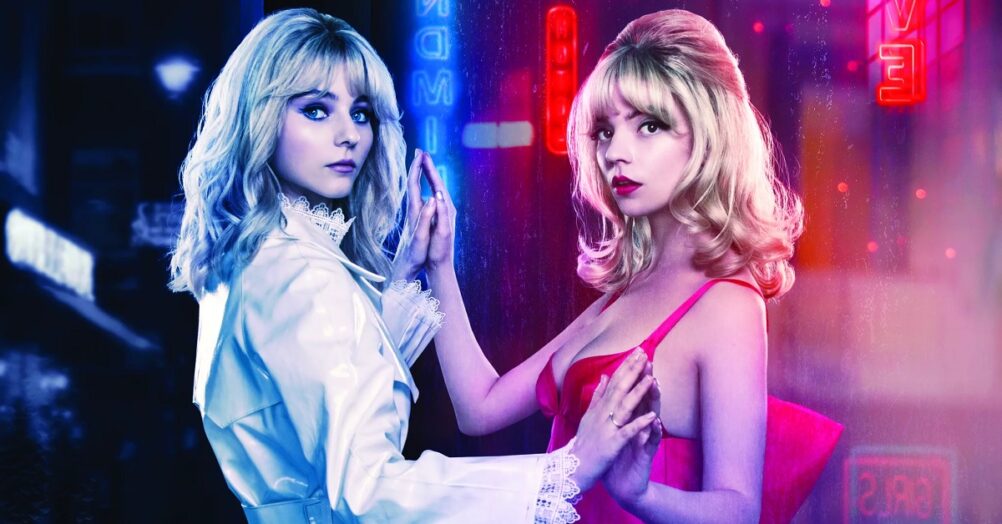 Last Night in Soho: 4K, Blu-ray, and DVD release in January will be packed with extras

Edgar Wright delivered a straightforward psychological thriller with Last Night in Soho , and the result was one of the best movies of the year – so I’ll definitely be picking up a copy when it reaches 4K UHD, Blu-ray, and DVD on January 18th (following a Digital release on January 4). With those release dates drawing near, Universal Pictures Home Entertainment has unveiled the full list of bonus features that will be included with Last Night in Soho when it hits home video.

MEET ELOISE – An in-depth look at the character of Eloise and the challenges that star Thomasin McKenzie faced while bringing her to life.

DREAMING OF SANDIE – A closer look at the characters of Sandie and Jack and why Anya Taylor-Joy and Matt Smith were the perfect actors to embody the essence of the time period.

SMOKE AND MIRRORS – The cast and crew break down how lighting, makeup, special effects, and creative camerawork came together to create a collision between the present day and 1960’s time periods.

ON THE STREETS OF SOHO – The cast and crew discuss the importance of shooting on location in Soho and the complexity of transforming the city streets back in time.

TIME TRAVELLING – A look into how the music, costume design, and production design of the film work together to immerse the audience into the world of 1960’s Soho.

Inspired by the likes of Don’t Look Now and Repulsion, Last Night in Soho stars Thomas McKenzie and Anya Taylor-Joy as characters named Eloise and Sandie. The film centers on

a young girl, passionate in fashion design, who is mysteriously able to enter the 1960s where she encounters her idol, a dazzling wannabe singer. But 1960s London is not what it appears, and time seems to fall apart with shady consequences…

Much of the story takes place in

the London of the Swinging Sixties; a time period with which Eloise is obsessed and, through a mysterious connection with Sandie, gets to experience.

McKenzie and Taylor-Joy are joined in the cast by Matt Smith, Michael Ajao, Synnøve Karlsen, Diana Rigg, Terence Stamp, Rita Tushingham, and Margaret Nolan. Sadly, both Rigg and Nolan passed away in 2020, so Last Night in Soho marks the last film appearances for both of them.

Wright wrote the screenplay with Krysty Wilson-Cairns and produced the film with Nira Park and Working Title’s Tim Bevan and Eric Fellner.

You can read our own Chris Bumbray’s 9/10 review of Last Night in Soho at THIS LINK.