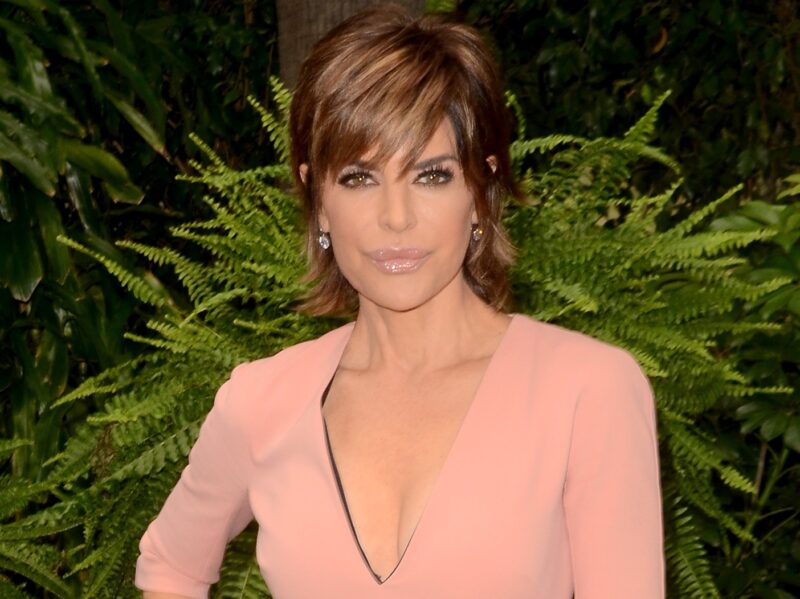 Real Housewives star Lisa Rinna recently posted a revealing photo on Instagram in support of Paulina Porizkova after the supermodel was branded “old and ugly” by an online troll in the comments section of one of her posts.

“@paulinaporizkov posed in a tiny bikini, and they called her old and ugly,” Rinna captioned a nude photo of herself. “I am 1 year older than Paulina. Here’s my ‘old and ugly.’” The picture was part of a photoshoot Rinna did for Playboy.

Rinna isn’t the only person to support Porizkova. Porizkova is known for her bikini pictures, and she recently shared a rude comment she had received on one of her posts. “You must be in so much pain to keep posting bikini pictures at your age,” the person wrote. “I’ve always thought that getting old and ugly is the hardest on pretty people.”

“The fall from grace is so much farther when you were beautiful,” the person continued. “I pray you can come to terms with your mortality.” Porizkova posted a screenshot of the comment, alongside another bikini photo.

“Here’s a good follower comment- echoing a few others,” she wrote. “A woman of 57 is ‘too old’ to pose in a bikini – no matter what she looks like. Because ‘Old’ is ‘Ugly. I get comments like these every time I post a photo of my body. This is the ageist shaming that sets my teeth on edge.”

“Older men are distinguished, older women are ugly,” she continued. “People who believe prettiness equals beauty do not understand beauty. Pretty is easy on the eyes, partly because it’s a little bland, inoffensive. It’s easy to take in and easy to forget. Not so beauty. Beauty can be sharp. It can wound you and leave a scar. To perceive beauty you have to be able to SEE.

This is why I believe we get more beautiful with age. We have earned our beauty, we understand what it is, and we can see it so much better. There is no such thing as ugly and old. Only shortsighted and ignorant.”

Porizkova’s post launched a social media trend, where people posted photos of themselves with the hashtag #oldandugly — including Rinna. The Real Housewives star’s fans loved the post, showing their support in the comments.

“Ha! That’s about the last two words anyone can use on you, love! You are GOALS,” one person wrote. Another commented, “No such thing. Go Lisa. Show them how it’s done just like your Mama. #ageless.” Like Porizkova, Rinna is proof that people just get more beautiful with age.