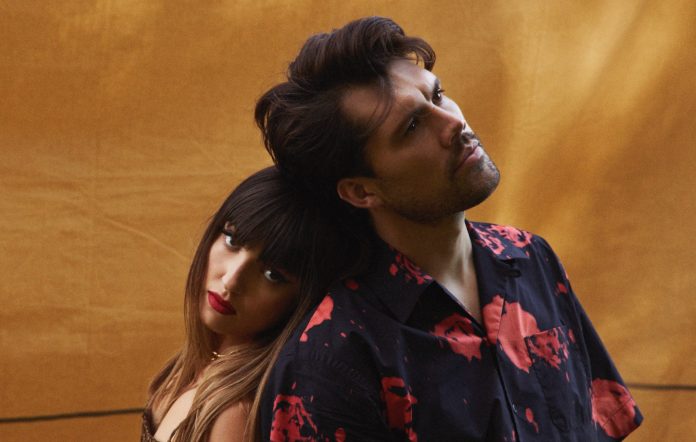 The new single feels Bon Iver-esque in its production, layered with mournful saxophones, a frantic crescendo and glitchy electronics. It conveys the turbulence of a relationship on the brink of collapse, arriving alongside a grainy black and white video that sees the pair surrounded by fire and floods. Check it out below.

Speaking on the forthcoming record in a press statement, Oh Wonder said: “We nearly broke up last year. It sounds dramatic, but it’s the truth. ’22 Break’ [may be] the first break-up album in history written and recorded with the person you’re breaking up with. It’s awkward, it’s vulnerable, but it also saved us.”

They released the album’s title track last month, accompanied by a similarly monochromatic music video. At the time, one half of the pair, Josephine Vander Gucht, said of the record’s genesis: “We were just writing songs. We had no idea we were writing a breakup album.”

’22 Break’ will arrive on October 8 via Island Records, following on from 2020’s ‘No One Else Can Wear Your Crown’.

For this week's NME Home Sessions we're joined by mxmtoon for an exclusive performance of her songs 'Bon Iver' and 'Almost Home'.

Oh Wonder are also embarking on a mammoth tour throughout March and April next year, playing shows throughout Europe and the UK in support of the new album.