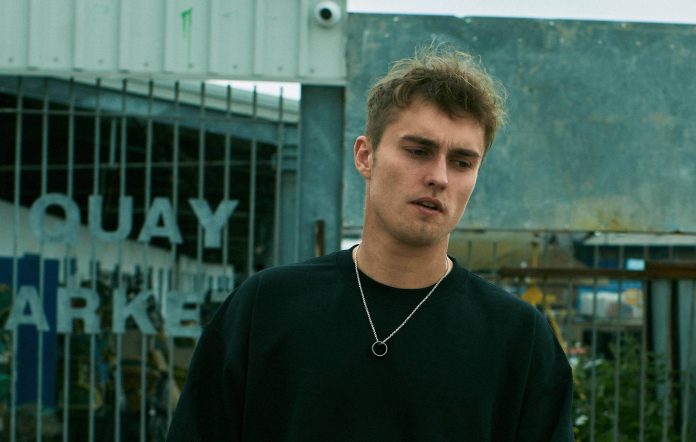 Listen to Sam Fender’s stirring new single ‘Spit Of You’

Sam Fender has shared the latest preview of his upcoming album ‘Seventeen Going Under’ – listen to stirring new single ‘Spit Of You’ below.

The North Shields BRIT Award-winner’s latest release, which follows the tracks ‘Howdon Aldi Death Queue’, ‘Aye’ and ‘Get You Down’ as well as the album’s title track and an acoustic rendition, is a “profound and proud song” that examines Fender’s relationship with his father.

“‘Spit Of You’ is a song about boys and their dads,” Fender said of the track. “It’s based around my own relationship with my old man, and how we both struggle as blokes to communicate the way we feel to each other without it becoming a stand off. I

“t’s about how the apple doesn’t fall far from the tree, as I get further into my twenties I see so much of myself in him, especially when it comes to being stubborn.”

He continued: “The second half of the song talks about seeing him with my grandma when she passed away, and how I saw him as a son, and how that moment reminded me to make the most of my time with him. If anything, it’s a declaration of love for him.”

You can listen to the ‘Spit Of You’ below:

Produced alongside Bramwell Bronte, Fender’s upcoming LP will see him “turning the mirror on himself; his adolescence and the trials and tribulations of growing up”.

Speaking to NME earlier this year, Fender said of his second album: “As a record I think this one is leagues ahead [of debut album ‘Hypersonic Missiles’]. I’m more proud of this than anything I’ve ever done. It’s probably the best thing I’ve done in my life.

“I just hope people love it as much as I do. With the first album, a lot of those songs were written when I was 19, so I was over half of it [by the time it was released]. Whereas this one is where I’m at now.”

He added: “At the same time, this record is probably going to piss a lot of people off.”

After making his main stage debut at Reading on the previous day, McKenna performed again at its sister festival on Sunday (August 28). However, this time he was joined by the ‘Hypersonic Missiles’ singer on guitar later in the set.

It came after McKenna revealed to NME in his Big Read interview last year that he and Fender had been talking “for ages about doing something together”.

NME caught up with McKenna again backstage at Reading last m onth and asked if there had been any new developments with the collaboration. “No… we’ve both been doing all sorts of shit!” he said. “Today marks the first time I’ll have seen him in two years.”

The 22-year-old added: “We’ll still get in that studio at some point, though.”