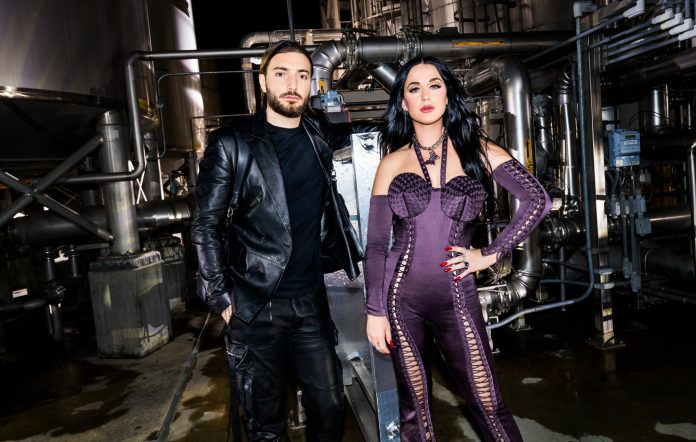 Katy Perry has released her new collaboration with Swedish EDM producer Alesso – listen to ‘When I’m Gone’ below.

The dancefloor-ready ‘When I’m Gone’ is the first new track from Perry since she released a cover of The Beatles’ ‘All You Need Is Love’ in October.

Announcing ‘When I’m Gone’, Perry said: “Don’t worry y’all, you’ll still be able to #PLAY along with me on December 29, because #WHENIMGONE with @alesso will be coming,” seemingly directing her message at those who can’t make her Las Vegas residency, which also kicks off today.

According to Perry, ‘When I’m Gone’ will get its live debut tonight.

The official music video for ‘When I’m Gone’ will premiere January 10, 2022, on ESPN in the USA and BT Sport in the UK, at halftime of the 2022 College Football Playoff National Championship.

Speaking about the premiere, Perry said: “When it comes to my music videos we all know I like to push the boundaries and myself, and create unique opportunities for my fans to see them.

“ESPN and especially College GameDay hold a special place in my heart, so partnering with Alesso to become the first artists to ever debut a global music video within a live event on ESPN made for a perfect and natural pairing.”

Alesso added: “I’m so thrilled that ‘When I’m Gone’ is finally out. We’ve been waiting the whole year to share it with all of you. I’m honoured to collaborate with Katy on such an amazing dance record. I loved working with her and think this song and video came out super special.”

Watch Wolf Alice cover Katy Perry's hit single 'Roar' at the legendary Dean St Studios and look out for the rest of their NME session coming soon to NME.com.

Perry released her sixth studio album ‘Smile’ in 2020 while earlier this year, she released ‘Electric’ as part of the 25th anniversary of Pokémon.