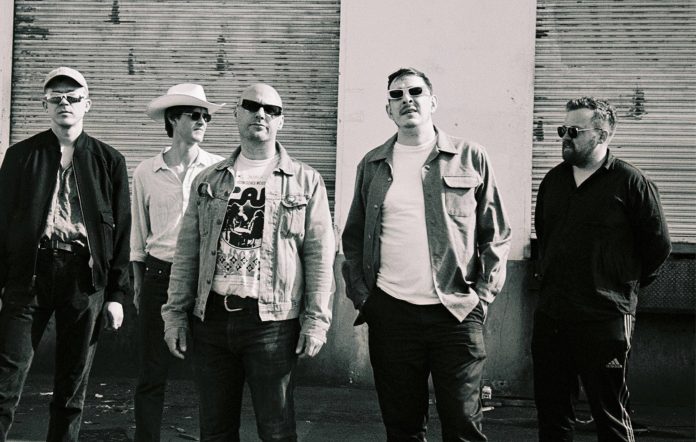 Viagra Boys have shared another new single from their forthcoming album, ‘Cave World’ – listen to ‘Troglodyte’ below.

The track follows previous single ‘Ain’t No Thief’. According to a press release, the song is an “exploration into the chaos and confusion of current events through the comparison of modern man with troglodytes (I.E. cave dwellers)”.

“People look down at apes as primitive life forms, but we’re just this horrible, lazy society killing each other and starting wars, while they’re able to love and feel. Does that make them the true ape or us?” said frontman Sebastian Murphy, of the song.

The follow-up to 2021’s ‘Welfare Jazz’, which has been produced by Pelle Gunnerfeldt and DJ Haydn, will be released on July 8 via Year0001.

The band are currently touring Europe and the UK and are set to play a show at Kentish Town’s O2 Forum in London tonight (May 11). Tickets for their European/UK can be purchased here.

Viagra Boys will also return for further dates in the US with Shame in September, and then Europe and the UK in December with a show pencilled in at London’s O2 Academy Brixton on January 25, 2023.

You can view those European/UK dates below: