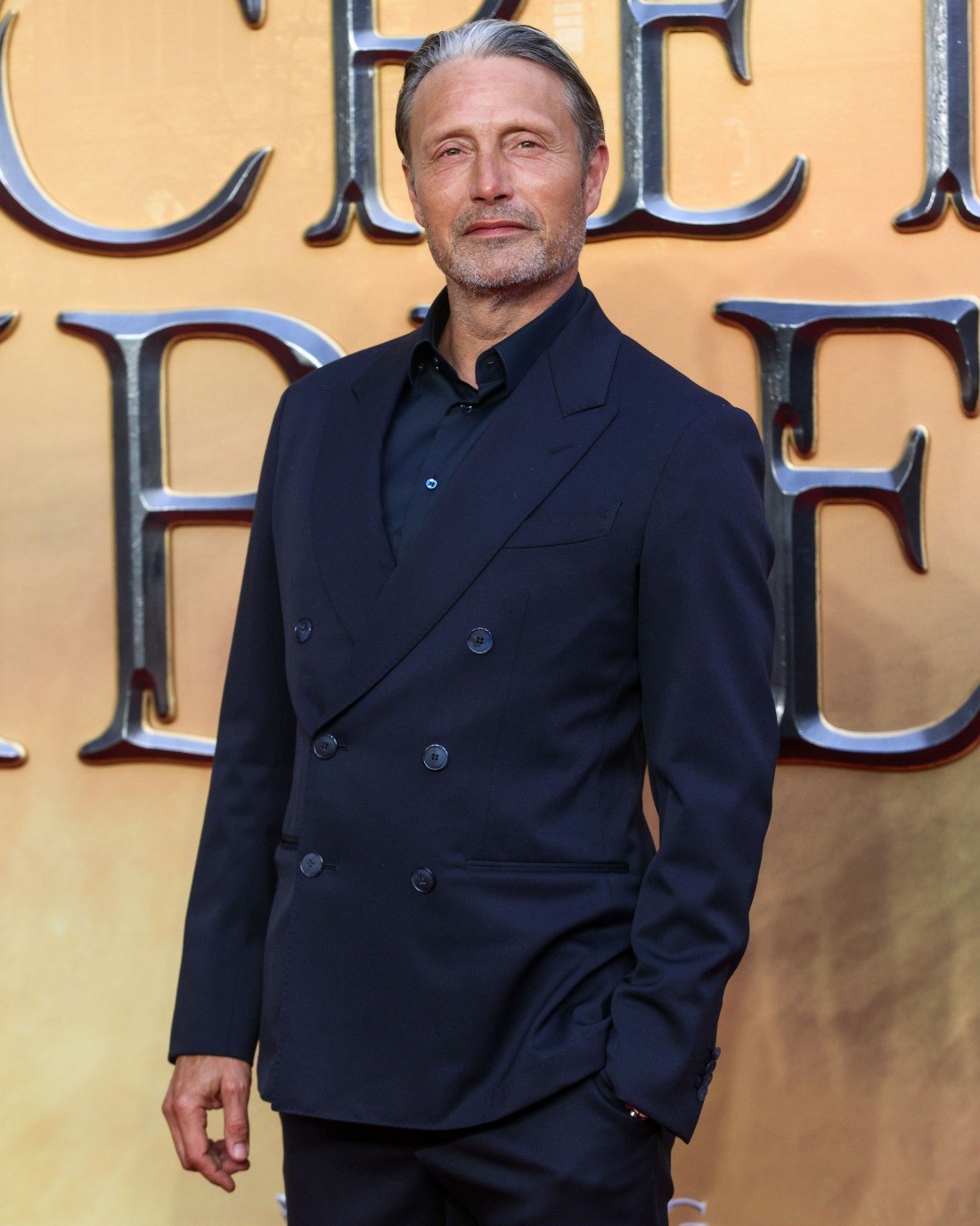 Mads Mikkelsen: Harrison Ford ‘is a monster of a man, a very nice monster’

Mads Mikkelsen had a lovely interview in the Hollywood Reporter to promote the latest Fantastic Beasts movie, where he has taken over the role originally played by Johnny Depp. Since I know nothing about this series or any JK Rowling series, I won’t say anything notable other than I appreciate the fact that they didn’t style Mads to look like Depp in way, shape or form. Mads is very good at promoting this kind of tricky project too, he manages to show respect to Depp as an actor while remaining noncommittal on why Depp was fired from the franchise. Mads also keeps it cute when talking about Rowling. Some highlights:

He was a gymnast ballet dancer for years before he became an actor: “Dancing has helped when it comes to my awareness in a room — how heavy or light is a character, slow or fast — but I rarely think about it. Gymnastics, on the other hand, is quite clearly coming in handy when it comes to doing stunts.”

The film never addresses the actor change: “That was very deliberate. Everybody knows why [the actors changed]. The entire world knows why. It would almost be like an Easter egg to reality to point out we swapped actors. Hopefully we drag them in with the first scene and from there they accept this world.”

He wasn’t desperate to talk to Depp: “I wasn’t like, ‘Oh please let me talk to him.’ It would have been great to touch bases, ‘clean the room’ in a sense. Maybe I’ll see him in the future.”

He didn’t speak to JK Rowling either: Mikkelsen says he wanted to ask Rowling why, exactly, the fascistic Grindelwald hates non-wizards so much that he wants to subjugate all “muggles.” “I’d like him not just to be instantly demagogic,” he says. The actor invented his own backstory for the character instead. “My reason is that something happened to his entire family when he was a child that explains the hate he carries around. It’s a fantastic, detailed, complex universe [Rowling’s] created, and I’d love to hear her thoughts on it. I hope I will do more than this one [film].”

Social media: While he has an official Twitter account and a strong online following, he won’t be reading social media much, either. “It’s insanity in there. You get into discussions where everything is black and white, nothing is nuanced and even the smallest word can turn your world upside down. I’m staying away from it.”

He plays the villain of the fifth Indiana Jones movie: “[Raiders of the Lost Ark] was one of my favorite films, and it just oozed that golden period of serials from the 1940s — and that’s in the fifth film as well. They’re going heavily back to the first and second film and getting that original feel, the original Indy, something dense and epic.”

He’s so impressed by Harrison Ford: “It was the first time I met him, and he’s an insanely powerful person. Not just as an actor, but physically. I remember the first day we were shooting, it was a night shoot, then we stopped at 5 a.m. — and then he got on his mountain bike and went biking for 50 kilometers [31 miles]. Harrison is a monster of a man, a very nice monster.”

He doesn’t feel stressed out: “If it’s pressure, it’s a positive pressure. If I got nothing offered from the States, there would be a different kind of pressure.”

His love for working in Danish films, like the Oscar-winning Another Round: “It traveled tremendously around the world because of the lockdown, millions of people watched it. Obviously there are people who don’t know what I have done besides the franchises. They might see me in one way, but I don’t. And, luckily, directors don’t.” A remake is being developed by Leonardo DiCaprio. “If an American version of Another Round will make more people see the film than saw the original, I say, bring it on. Leonardo is a fantastic actor, so they are off to a great start.”

Something I enjoy about Mads is that it’s very clear, in his interviews, that he cares deeply about his films and the stories he’s telling, but he also has such maturity and perspective on everything. He doesn’t whine, he doesn’t get obsessed, there are no stories of his “Method” antics (he’s not a Method actor). He just… enjoys his job, loves the work, then he goes home and lives his life. I love that he’s on Twitter but he’s like “wow, those people are crazy.” And I also think he will be PERFECT as an Indiana Jones villain. Come on, that’s magnificent casting. 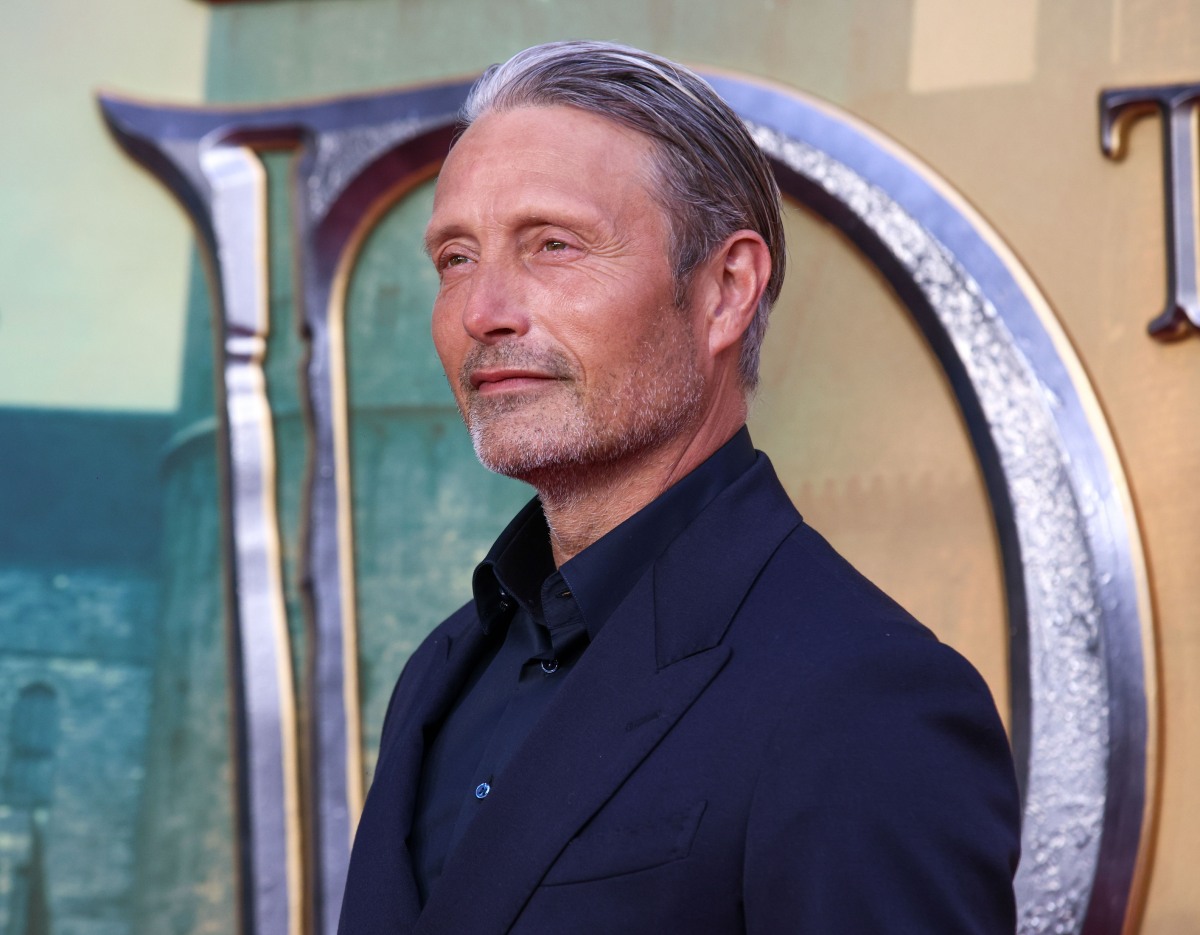