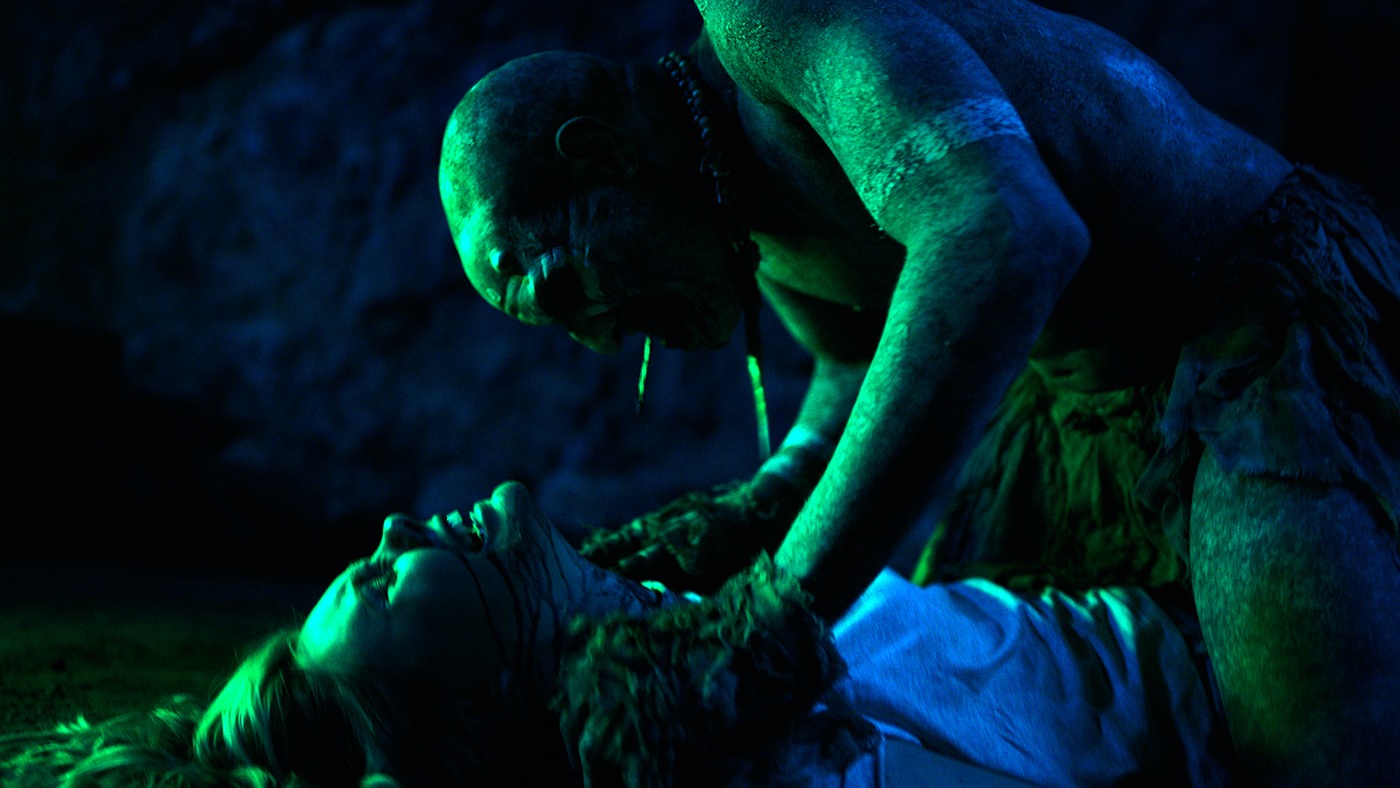 The found footage format quickly gained popularity thanks to its unique way of crafting potent frights but waned almost as fast due to its limitations. Unavoidable questions arose once the novelty wore off, like, why doesn’t the protagonist put the camera down and run? Or, who’s even assembling and editing the found footage?  Malibu Horror Story  attempts to push past the format’s more glaring tropes by nestling found footage within a faux-documentary within a traditional narrative feature.

Four paranormal investigators set out to retrace the steps of four missing teens to solve the case behind their 2012 disappearance and use their findings in a documentary in hopes of landing a series deal. Documentary director and host Josh ( Teen Wolf’s   Dylan Sprayberry ), equipment tech Matt ( Robert Bailey Jr. ), researcher Ashley ( Valentina de Angelis ), and editor Jessica ( Rebecca Forsythe ) head to the teens’ last known spot to complete production. Taking a break from experimenting with EVP, Jessica shows her director the doc’s rough cut so far.

At this point, the traditional narrative transitions into documentary footage, assembling news clips, newspaper articles, and found footage of Malibu teen Jake Torrance ( Tommy Cramer ) and friends. This section retraces their steps and pieces together the circumstances that led to their disappearance. Writer/Director  Scott Slone  breaks up the heavy exposition of Torrance’s lineage and the film’s mythology with fascinating commentary on how the unruly teen behavior altered public opinion. The latter keeps the momentum going when the unwieldy worldbuilding becomes tedious.

Using the paranormal investigators as the framework for this POV nesting doll bypasses one of the more common found footage tropes by eschewing the need to explain the camera’s presence. It’s a clever workaround, but the downside to relegating these characters to bookending segments only means that we never really get to know them beyond their fleeting archetypical roles in the documentary. There’s zero emotional investment in their fates as high energy as the third act is, particularly with the creature work. It does, however, offer visual interest and a much more polished climax.

Despite the innovative structure and convergence of styles,  Malibu Horror Story can’t entirely break free from found footage conventions. Its characters are still prone to contrived decision making that occasionally stretches plausibility, and many refuse to endear themselves to audiences. In the case of the 2012 teens, it raises intriguing commentary on the court of public opinion. But it gets swallowed whole by the dense mythology behind what ails the haunted land and its ties to the Torrance family. Though not wholly successful, Slone’s unique structural approach, zippy pacing, and creature work at least push the needle forward slightly in found footage’s evolution.