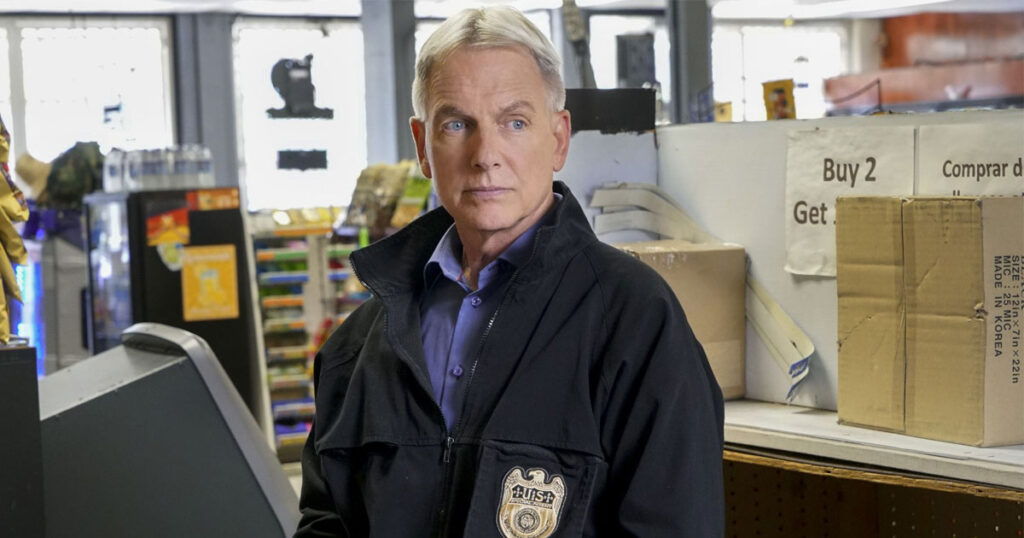 WARNING: This article contains spoilers for NCIS. Proceed with caution!

Boy, Mark Harmon exits NCIS are words I never thought I’d have to say. Can you blame me? Harmon has been a star on CBS’ long-running procedural drama for more than 18 seasons. With a tenure like that, it’s hard to imagine the show without him. Be that as it may, the reports are in, and it looks like Harmon’s character, Special Agent Leroy Jethro Gibbs, is retiring from a life in law enforcement.

In episode 1904, titled “Great Wide Open,” Gibbs and Special Agent Timothy McGee (Sean Murray) traveled to Alaska to investigate a contract killer hired by a local company. After everything was said and done, Gibbs broke the news to his partner and NCIS Director Vance (Rocky Carroll) that he’d be surrendering his badge.

Do you know what happened next? Niagara Falls, Frankie. Niagara Falls. Actually, I don’t know this for sure, but I bet it was an emotional moment for countless fans of NCIS.

When McGee asked Gibbs what he was looking for in The Last Frontier, Gibbs replied, “I don’t know. My gut’s telling me I’ll know when I find it.”

Gibbs then said that he feels a “sense of peace” in Alaska that he hasn’t felt in a long time. Arguably, Gibbs has seen a lot of shit in his day, and peace is something that won’t come easy to a man like him. I commend him for seizing the emotion and going with his gut on this one.

NCIS EP/showrunner Steve Binder released a statement concerning Harmon‘s exit as a part of the episode, saying, “As an executive producer and dear friend, Mark continues to be an integral part of the fabric of the show.” He added, “Our north star has always been staying true to our characters, and that truth has always guided the stories we tell and where those characters go. So regarding the future of Gibbs, as long-time fans of the show may have noticed over the years…never count Leroy Jethro Gibbs out.”

It’s truly the end of an era, folks. The Harmon years will soon be in the rearview, and NCIS will never be the same. What do you think will happen to the show when Mark Harmon exits NCIS? Will it maintain its appeal? Does Harmon leaving the show make you want to abandon NCIS all together? Feel free to vent all your thoughts and frustrations in the comments section below.