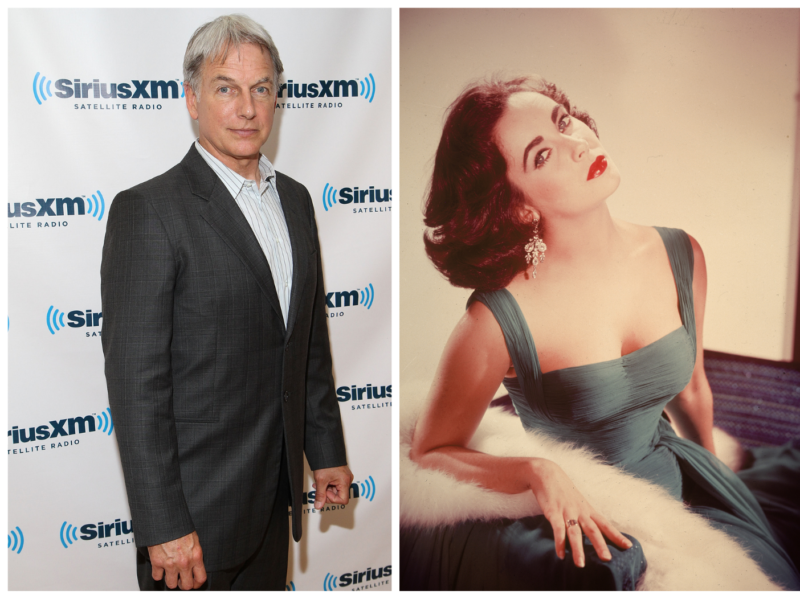 Did you know Harmon and Taylor worked together on a TV movie?

Mark Harmon is best known for playing Leroy Gibbs on NCIS, but he has a whole career outside of the show. He once got to work with Elizabeth Taylor on a TV movie, and she nearly got him fired. Let’s learn what happened.

Before he was Detective Gibbs, Harmon was a football star. He was an NJCAA All-American and later started for USC. He began acting in commercials out of college before landing guest roles in television and TV movies. He was nominated for an Emmy Award back in 1977 for Eleanor and Franklin: The White House Years.

Harmon bopped around television throughout the late seventies before landing his big break as Dr. Robert Caldwell on St. Elsewhere. He was named People’s Sexiest Man Alive in 1986, the same year he left the soap. Over the next decade, he had lengthy runs in shows like Chicago Hope, Moonlighting, and Reasonable Doubts, all while performing in numerous TV movies.

Elizabeth Taylor And The ‘Sweet Bird Of Youth’

In an interview on The Late Show, Stephen Colbert presented Harmon with a blast from the past: a promotional still with Taylor from 1989’s Sweet Bird of Youth. “She was such fun,” Harmon says. Harmon says Taylor was a total professional… for her contractually obligated eight hours, but she would not work beyond this. Harmon struggled to work with her stand-in.

One day, Taylor had been working for two hours past that agreed-upon eight hours and made sure everyone knew it. As the cast and crew hustled to prepare shots, Taylor froze everyone on set. Harmon says she whispered, “All I have to say is today I’ve been here two hours longer than I’ve supposed to have been.”

Standing behind her on his mark, Harmon responded, “Hey Elizabeth, all I got to say is welcome to the f—ing club.” Taylor didn’t like his barb but remained seated for twenty more minutes. It wasn’t until the director was ready to say action did she up and leave.

Thought He Would Be Fired

In the wake of the incident, Harmon thought his job was done, but the opposite was true. Harmon reveals she was there all day every day for the rest of the shooting to do what needed to be done. Once filming was over, Taylor threw a wrap party at her place. It was her custom to give gifts to folks as they left and she’d watch them open them.

For Harmon, she gave him a solid gold watch. On the back, she engraved it: “MH, two hours tick-tock, Love ET.” An incredible story and a lovely case of generations colliding.