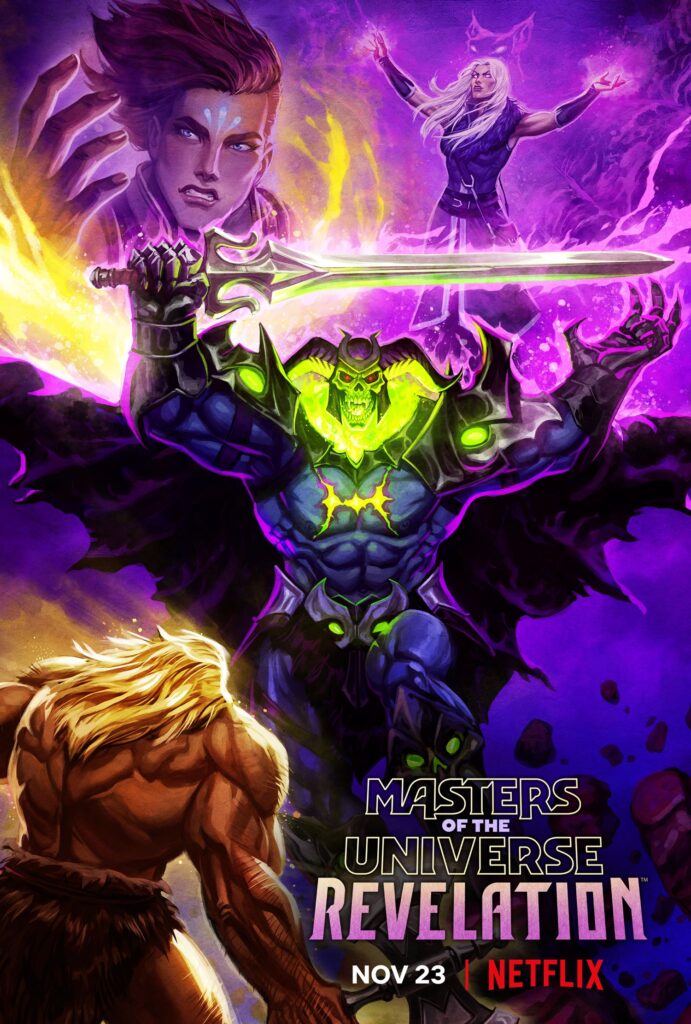 Showrunner Kevin Smith‘s Masters of the Universe: Revelation really shook up the fanbase when the first five episodes of the animated show’s ten episode first season was released through the Netflix streaming service back in July. It seemed to get quite a passionate “love it or hate it” response, with our own Alex Maidy giving the show a 9/10 review you can read at THIS LINK. But that was only half of the story, and now Netflix has released a poster to announce that the second half will be released on November 23rd. You can check out the poster below.

The war for Eternia culminates in MASTERS OF THE UNIVERSE: REVELATION, an innovative and action-packed animated series that picks up where the iconic characters left off decades ago. After a cataclysmic battle between He-Man and Skeletor, Eternia is fractured and the Guardians of Grayskull are scattered. And after decades of secrets tore them apart, it’s up to Teela to reunite the broken band of heroes, and solve the mystery of the missing Sword of Power in a race against time to restore Eternia and prevent the end of the universe.

Here’s the synopsis for the second half:

The war for Eternia continues in the second part of “Masters of the Universe: Revelation,” an innovative and action-packed animated series that picks up where the iconic characters left off. With Skeletor now wielding the Sword of Power, the weary heroes of Eternia must band together to fight back against the forces of evil in a thrilling and epic conclusion to the two-part series.