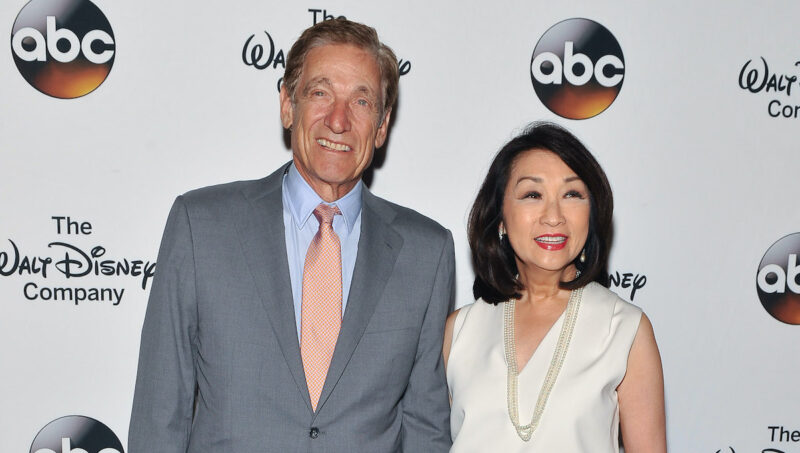 Maury is finally ready to stop reading paternity tests once and for all.

Is Maury Povich feeling betrayed? One report says he’s not happy about how his retirement was handled at NBC. Gossip Cop investigates.

‘Peeved Povich Sticks It To NBC’

According to National Enquirer, Povich is deeply unhappy about how NBC handled his retirement. He supposedly elected to have his final interview with ABC as a way to get revenge. A source says, “You can imagine how livid he was when he read that he had been canceled!”

Reportedly, Povich was given the chance to appear on Today to discuss the end of his lengthy career, but he snubbed NBC. Instead, he went across the aisle over to Good Morning America. His bitterness allegedly got the best of him.

A Bittersweet Ending For Maury Povich

It’s true that Maury is coming to an end after 30 years on the air. In a statement to Deadline , the EVP of NBCUniversal called the ending bittersweet: “Maury and I decided two years ago that this season would be the farewell season for the show, and while his retirement is bittersweet, we are so happy for him to be able to spend more time on the golf course.”

Povich’s own statement echoed the exact same thing. His contract was up six years ago and he was ready to retire, but NBCUniversal convinced him to do one more deal. Povich explained, “Even though I told them I was ready for assisted living, out of loyalty to NBCUniversal and my more than 100 staff and crew members, Tracie Wilson and I agreed to one more deal.”

Critically, Povich gave props to NBC: “I’m so proud of my relationship with NBCUniversal and all those who worked on the Maury show.” By his own admission, Povich was ready to walk away years ago. He’s not betrayed by any cancellation. He was just ready to call it a successful career.

Syndication is a fertile ground for tabloid drama. The Enquirer maintains that Savannah Guthrie is wresting control of Today away from Hoda Kotb. In reality, they’re good friends. It also believed NBC was replacing Rachel Maddow with Chuck Todd, but he’s well situated on Meet the Press.

This tabloid always misses the mark on NBC stories. It invented an internal investigation about Jimmy Fallon for bullying. The Fever Pitch star is not facing an Ellen DeGeneres style investigation. Time and again, this tabloid proves it knows nothing about what happens at NBC. There is no reason to trust this story.