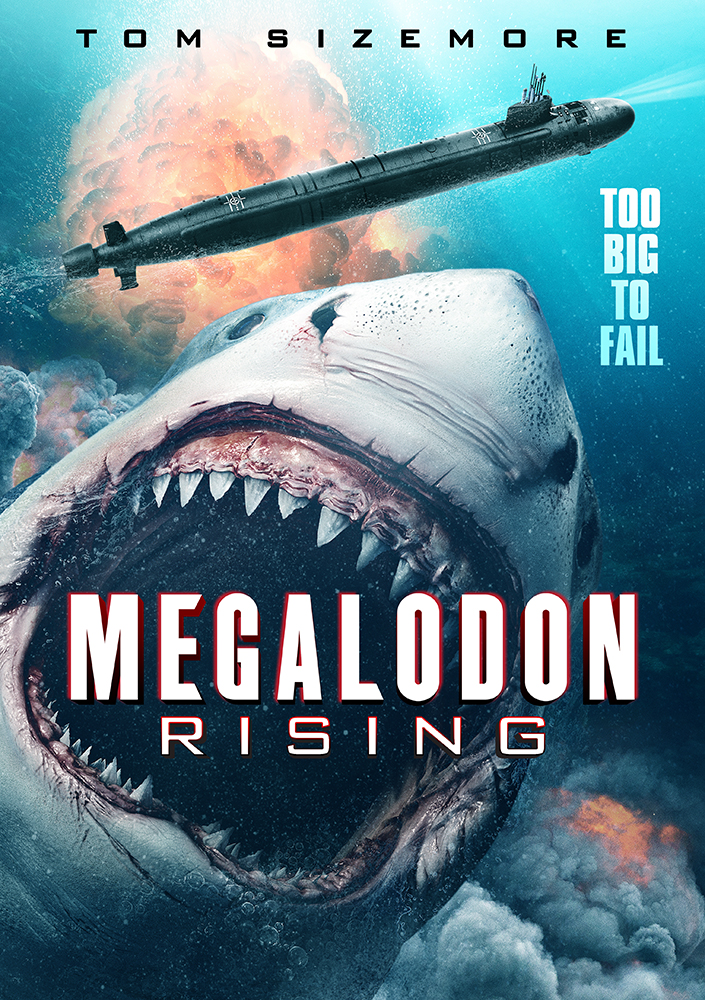 Michael Madsen starred in The Asylum’s 2018 shark thriller Megalodon, and in the newly released sequel Megalodon Rising it’s Tom Sizemore‘s turn to take on a giant prehistoric fish. Make that multiple giant fish – the trailer embedded above warns us that “There’s more than one!” Megalodon Rising was given a digital release earlier this month and is available to watch on Amazon at THIS LINK.

Directed by Brian Nowak (Meteor Moon) from a screenplay by Andrea Ruth, who crafted the story for the 2020 Michael Madsen shark thriller Shark Season, Megalodon Rising barely has a synopsis at all:

When history’s greatest aquatic predator returns, the armada of modern warships sent to destroy it has no chance at all.

But really, do you need to know anything other than the title and the fact that it’s from The Asylum? As soon as you hear those things, you already know whether or not this is the sort of movie you’d be interested in watching. I don’t watch much of the Asylum movies like this myself, but they clearly have fans who can’t get enough of them.

Sizemore is joined in the cast by O’Shay Neal and Wynter Eddins. This marks the feature debut for both Neal and Eddins. Sizemore, on the other hand, has nearly 250 screen credits to his name, including roles in Passenger 57, True Romance, Wyatt Earp, Natural Born Killers, Strange Days, Devil in a Blue Dress, Heat, Striking Distance, The Relic, Saving Private Ryan, Bringing Out the Dead, Pearl Harbor, Black Hawk Down, and Twin Peaks. It’s been a while since he had a prominent role in a major release, but he has some true classics on his résumé. Plus the Stephen King adaptation Dreamcatcher.

A couple pieces of Megalodon Rising artwork can be seen below. Are you a fan of The Asylum? Let us know in the comments section. 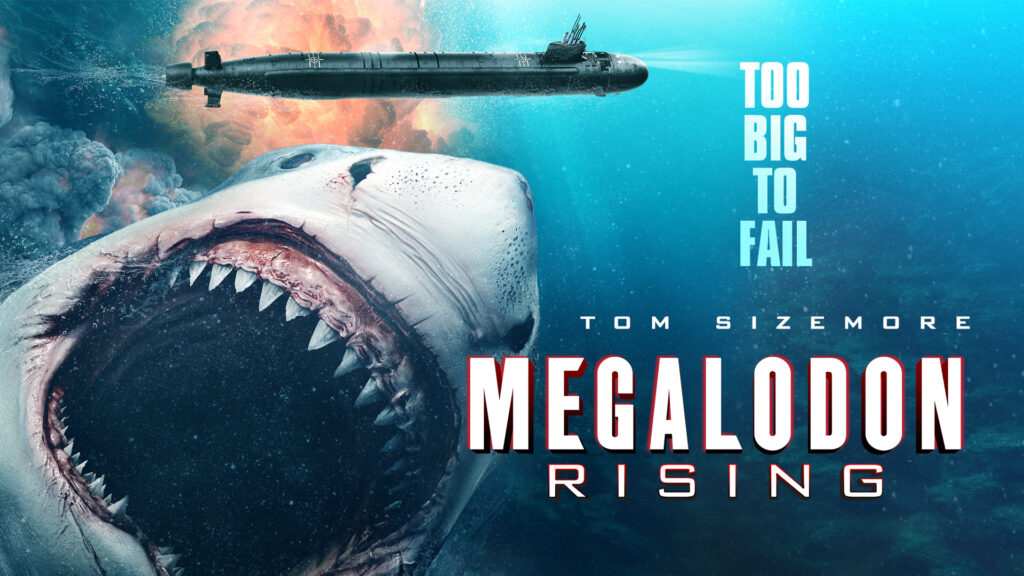