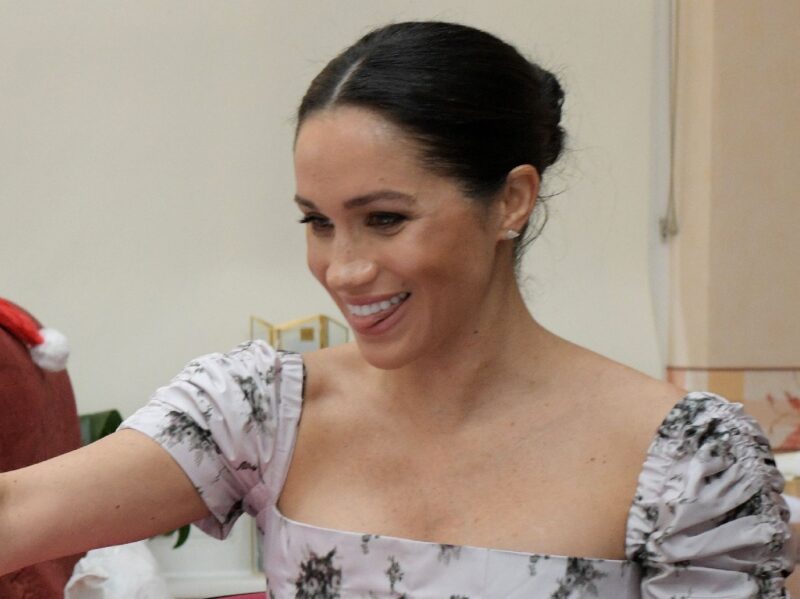 She always manages to look fabulous!

Meghan Markle may be a duchess, but she’s got some pretty down-to-earth hairstyles she returns to again and again that fit every occasion, be they formal royal events or more everyday endeavors. Markle’s hair must be incredibly touchably soft, possibly due to the surprisingly affordable hair oil she reportedly uses, because she can’t seem to keep her hands away from it!

When it comes to styling her hair, Meghan Markle tends to pick easy and approachable styles that are easy to keep neat over the course of a busy day being a royal. Markle typically keeps it simple by leaving her hair down, but when she’s feeling a bit jazzier, we can expect to see one of three styles from the Duchess of Sussex.

THE HAGUE, NETHERLANDS – APRIL 17: Prince Harry, Duke of Sussex and Meghan, Duchess of Sussex pose at the IGF Reception during day two of the Invictus Games The Hague 2020 at Zuiderpark on April 17, 2022 in The Hague, Netherlands. (Photo by Chris Jackson/Getty Images for the Invictus Games Foundation)

Is there any style more flattering than a side swoop? The casual, yet elegant look makes hair look fuller and more luxurious, so it’s no wonder that Markle has turned to the look again and again. There’s also a level of versatility to the style since it can be worn with straight, wavy, or curly hair. 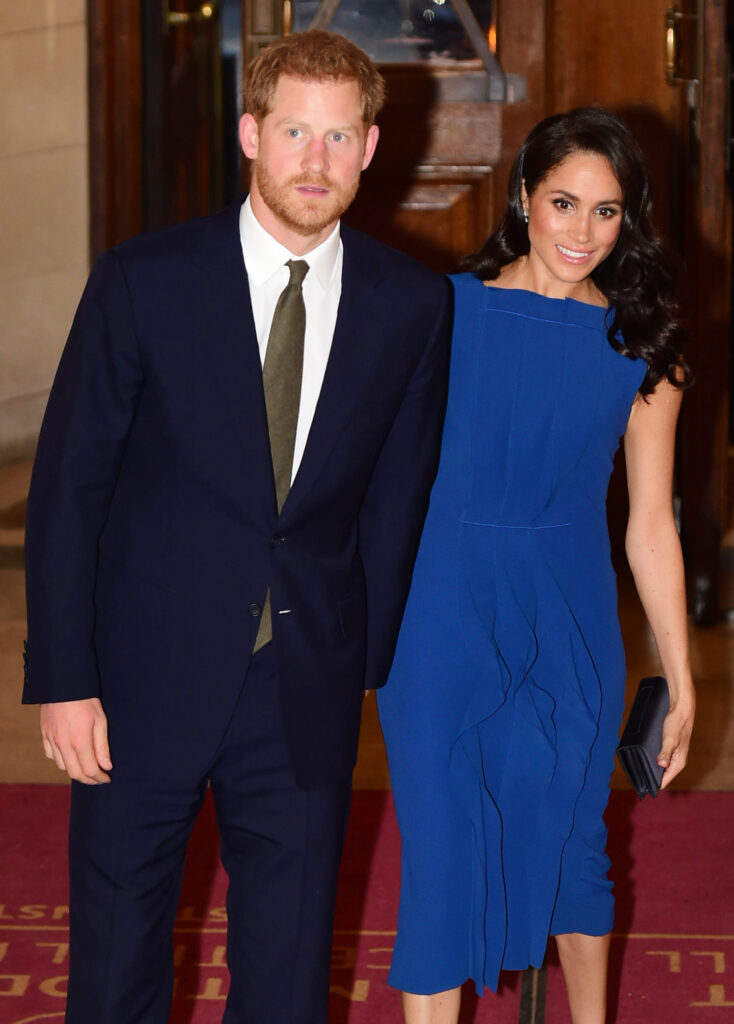 LONDON, UNITED KINGDOM – SEPTEMBER 06: Prince Harry, Duke of Sussex and Meghan, Duchess of Sussex attends the “100 days of peace” concert to commemorate the centenary of the end of the First World War at Central Hall Westminster on September 06, 2018 in London, United Kingdom. The evening will benefit three mental health charities ‘Heroes’, ‘Combat Stress’ and ‘Heads Together’. (Photo by Geoff Pugh – WPA Pool/Getty Images)

Markle typically keeps a bit of a wave to her hair when she rocks the side swoop, though back in 2018 she worked a few ringlets into her coffee-colored brunette locks. Another plus to this effortless look? Check out the way Markle’s hair catches the light no matter where she is. Extra shiny hair? Yes, please! 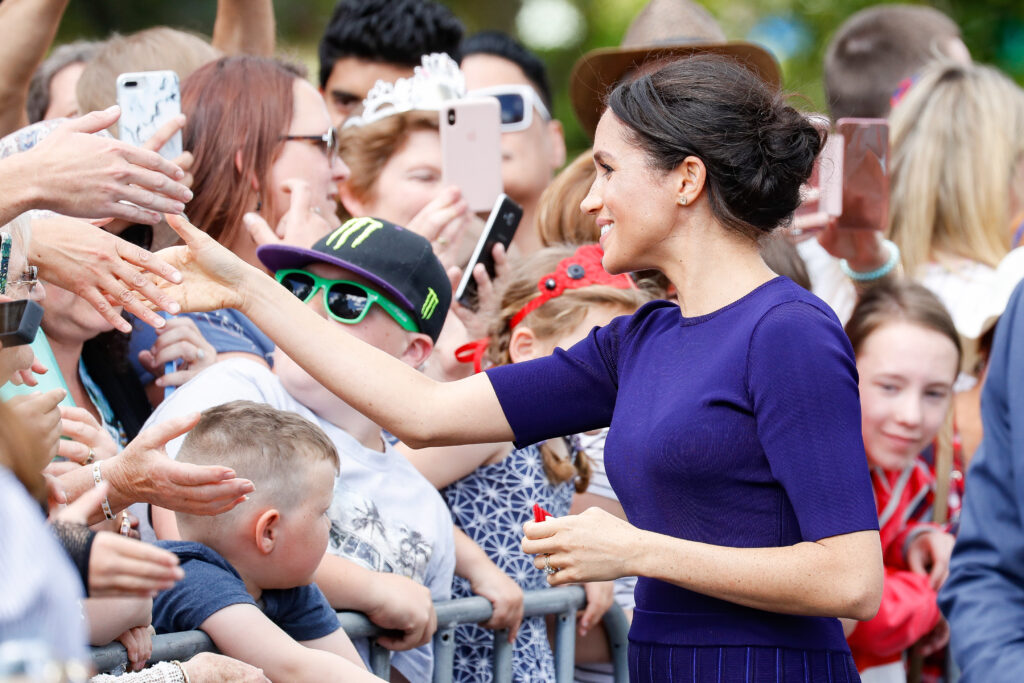 Another of the Duchess of Sussex’s favorite styles is the messy bun. As a woman born on the cusp between Generation X and Millennials, Markle clearly understands the importance and value of a truly well-executed messy bun. We love this look on Markle, as we think it makes her look way more approachable while still looking like she could pop on a tiara, one of the many owned by her husband’s family, at a moment’s notice. 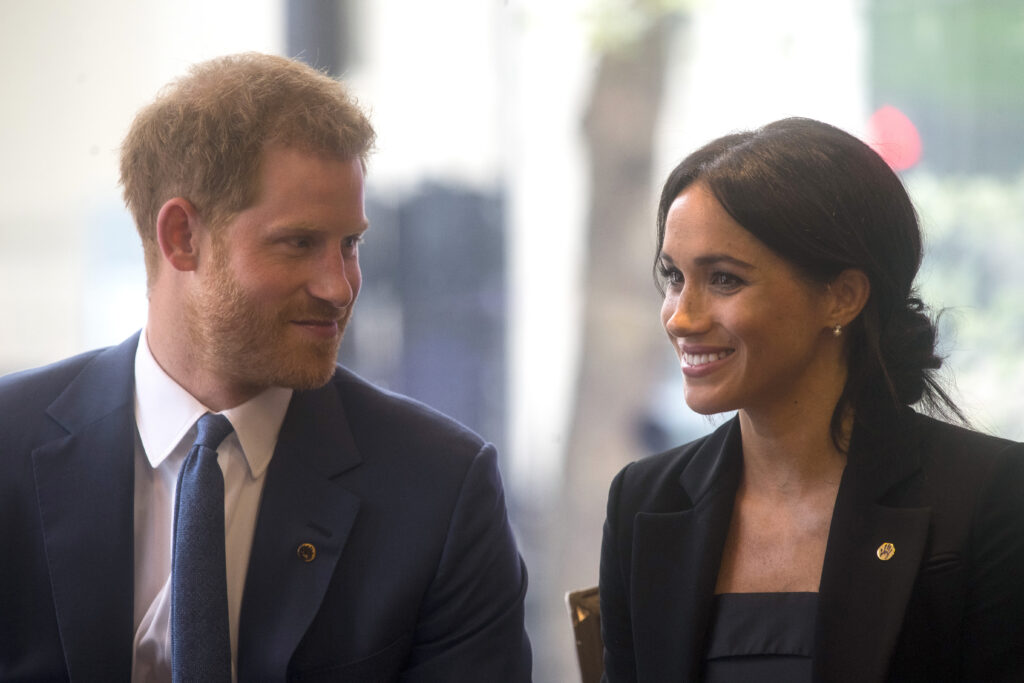 LONDON, ENGLAND – SEPTEMBER 04: Prince Harry, Duke of Sussex and Meghan, Duchess of Sussex attend the WellChild awards at Royal Lancaster Hotel on September 4, 2018 in London, England. The Duke of Sussex has been patron of WellChild since 2007. (Photo by Victoria Jones – WPA Pool/Getty Images)

This is one of our favorite times Markle wore her hair in a messy bun. Instead of placing the bun at the center of her head, she arranged it slightly to the side. It’s a charming look that’s easily replicated. 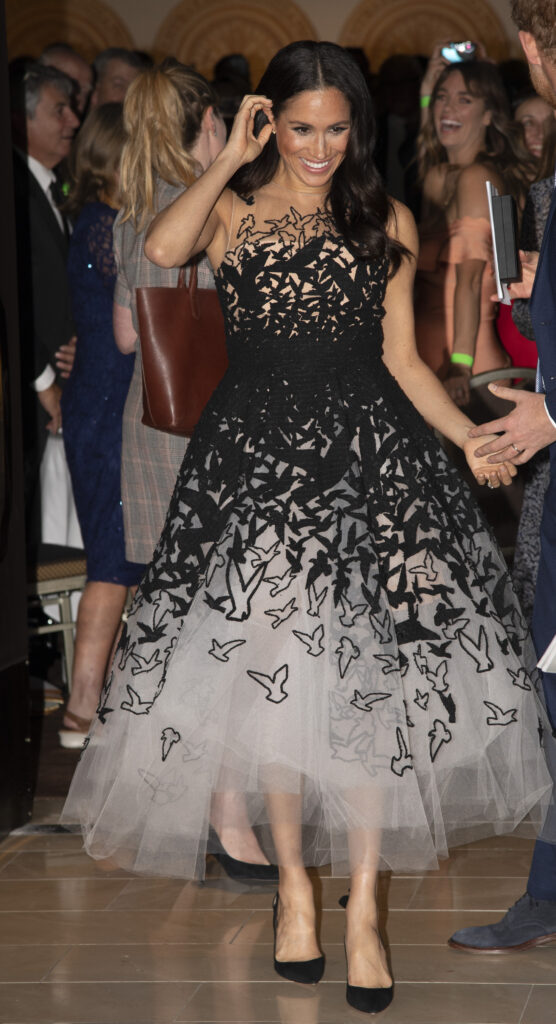 SYDNEY, AUSTRALIA – OCTOBER 26: Prince Harry, Duke of Sussex and Meghan, Duchess of Sussex attend the Australian Geographic Society Awards to present youth awards to honour the highest achievements in conservation and adventure at the Grand Ballroom, Shangri-La Hotel in Sydney on October 26, 2018. Prince Harry and his wife Meghan are on day 11 of their 16-day tour of Australia and the South Pacific. (Photo by Paul Edwards – Pool/Getty Images)

Our last set of photos isn’t so much a style that Markle returns to again and again, but rather a habit that she can’t seem to help. Many photos of Markle feature her pushing her long, dark brown hair back from her face in an apparently unconscious manner. 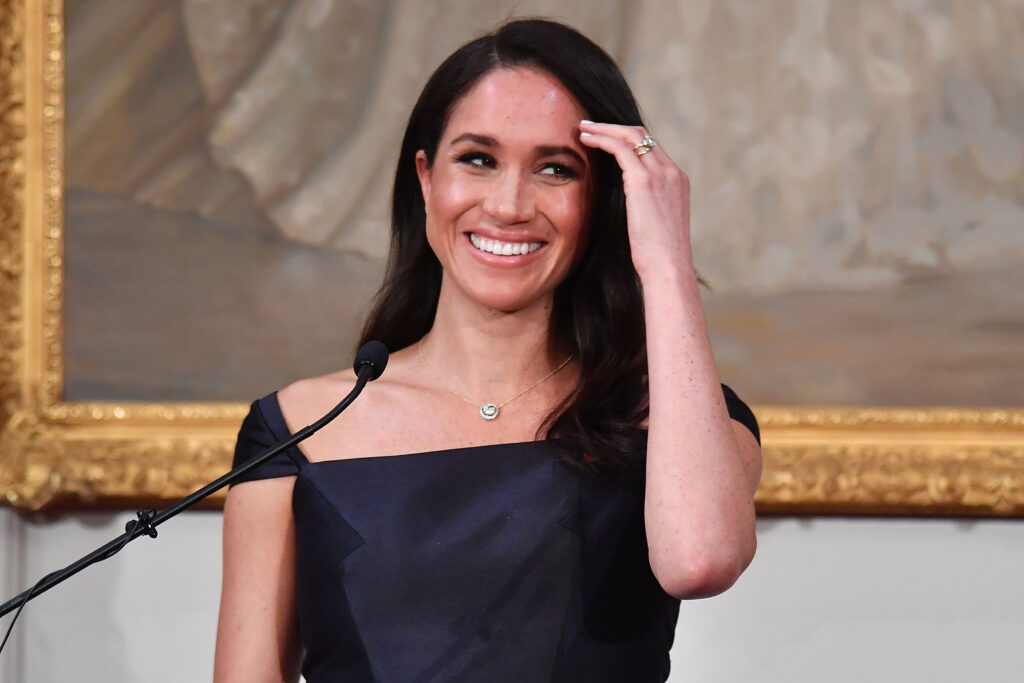 As a recent addition to the royal family, Markle was no doubt a bit nervous in the face of the many royal functions she had to attend, so it’s not so surprising that her nerves would spill out in the form of nervous hair touching. It’s actually quite endearing to see Markle fight her nerves and win!