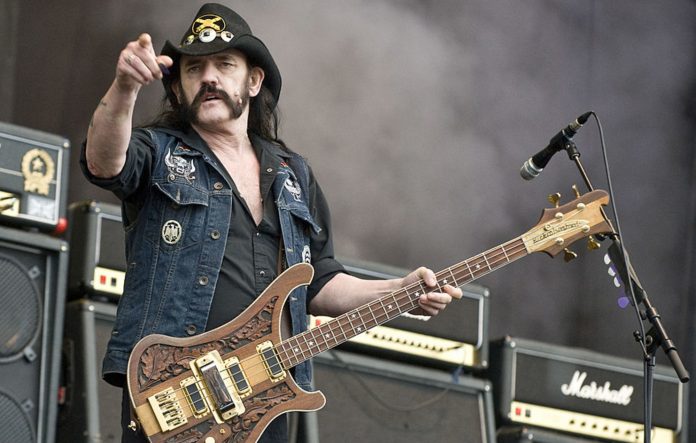 It was revealed earlier this year that Lemmy’s ashes were placed in bullet casings and given to some of his closest friends. Now, in a new video, Motörhead’s longtime tour manager Eddie Rocha and production assistant Emma Cederblad can be seen getting new tattoos honouring Lemmy using ink mixed with his ashes.

“Motörhead means family for life,” a caption begins the video. Rocha and Cederblad are then seen sitting for tattoo artist Stina Nyman to receive their Motörhead-themed ink work. Rocha got a Lemmy portrait tattooed on his leg, while Cederblad had a ‘spade’ tattoo inked on her leg.

The tattoo tributes come during a period that celebrates Lemmy’s 76th birthday (December 24) and the anniversary of his death (December 28).

You can see the tattoo video below:

Ozzy Osbourne recently hailed Lemmy as his own “rock god” in a new tribute. The Black Sabbath frontman opened up on his love of the Motörhead singer when asked about the artists who inspire him, in an interview with BBC Radio 2’s Johnny Walker back in May.

Osbourne followed it up in October with a new version of ‘Hellraiser’ featuring a duet with Lemmy.

Lemmy co-wrote ‘Hellraiser’ with Osbourne for the latter’s 1991 album ‘No More Tears’. Motörhead later recorded their own version of the song and released it as a single from their 1992 album ‘March Ör Die’.

In Part 2 of our exclusive Lemmy interview, he likens Motorhead's career to "blundering into furniture in the dark in a Holiday Inn hotel room" and talks about his friendships with Slash and Joan Jett.

The track appears on the expanded 30th anniversary reissue of Osbourne’s ‘No More Tears’ album, which was released on September 17.

Osbourne explained in a statement that the new version was made in memory of his friend. “I hope everyone enjoys the song,” Osbourne said in a press release. “This is just a small way to honour my friend Lemmy. Sharon and I talk a lot about how much we miss him.”