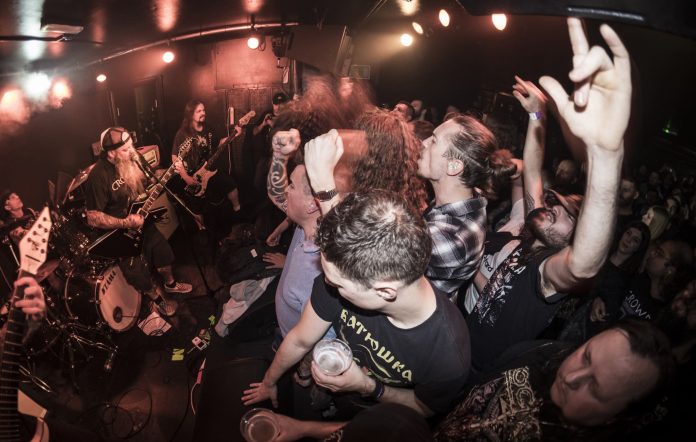 According to the MVT, the #GoLocal campaign “puts the emphasis on enjoying live music in a safe environment by urging music fans to visit local grassroots music venues, avoiding mass transport and large crowds of people.”

Mark Dayvd, CEO of MVT said: “From day one of this crisis we have liaised directly with government and medical experts and have been at the heart of the discussions around how to stage responsible live music events and reopen every venue safely. It is clear to us, given the current data available to us, that the safest way to enjoy live music at present is to do so at a local level.”

“We see this difficult and uncertain period as an opportunity to put the focus firmly back on local music venues and to encourage people to investigate the many amazing opportunities to safely experience live music within their own communities,” he added.

It comes as the MVT’s Revive Live tour is scheduled to kick off later this month featuring Bastille, Enter Shikari and Maisie Peters.

The charity’s #SaveOurVenues campaign was instrumental in pushing the UK government into action to save gig spaces during the COVID crisis, as well as raising millions of pounds and preventing over 400 venues from being lost forever – though the work still continues.

Currently UK grassroots music venues are facing £90million of debt. In December, the spread of Omicron saw a 40% drop in attendance at gigs across the country.

Over the weekend, Field Music hit back at the Government’s proposed plans to scrap free lateral flow tests, which would put the MVT’s #TakeATest initiative in jeopardy.

“The continuing existence of the live music industry is kind-of dependent on people taking a lateral flow test before they go to a gig so can we please make it easy to obtain lateral flow tests, ideally for free? Asking for a me who doesn’t want to start cancelling gigs,” they wrote.

“It’s about confidence,” they added. “People are much less likely to buy tickets and go to shows if they don’t feel safe. If LFTs are further out of reach it’s going to be devastating for venues (who’ve already had the crap kicked out of them through all of this).”