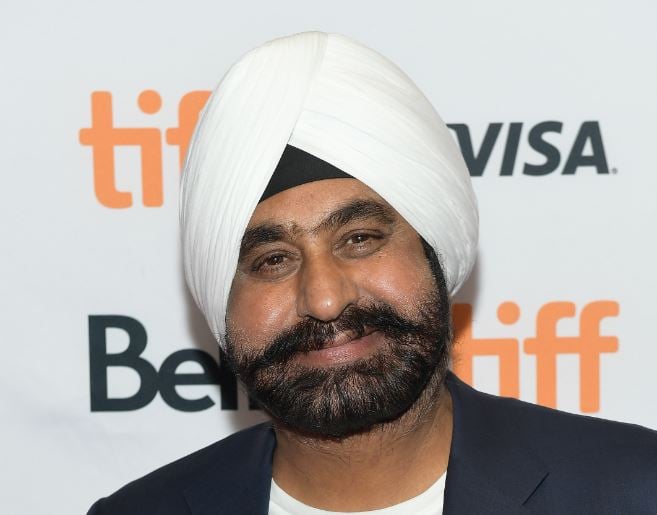 What is Nav Bhatia's Net Worth?

Nav and his family moved from India to Canada in 1984. They were fleeing brutal anti-Sikh riots. Despite moving to Canada with an advanced degree in mechanical engineering, Nav struggled to find employment due to racism and a hesitancy to hire Sikhs with thick Indian accents. He had barely a dollar in his pocket at the time.

Nav went through more than 300 interviews before finally landing a job as a care salesman at a Hyundai dealership in a rough neighborhood.

Despite having no experience in car sales and being extremely over-qualified, in his first three months on the job Nav sold 127 cars. That set a Hyundai record that still stands to this day. He rose the ranks at Hyundai quickly, showing great skill at turning around struggling dealerships.

After several years he was recruited away to be the sales manager at a rival dealership across town. Not only was the dealership teetering on the verge of bankruptcy, upon Nav's hiring all but one of the former sales people quit in protest, refusing to work for someone they saw as under-qualifed and gimmicky thanks to his cheesy radio ads.

Nav hired an entire new team of sales people and slowly turned the dealership's fortunes around. Within a few years it was one of the most-successful dealerships in all of Canada.

Best of all, Nav Bhatia eventually earned enough money to buy the dealership. He also eventually bought the original dealership that was the first to offer him a job.

Today Nav Bhatia is one of the most-successful automobile dealership owners in North America.

His dealerships have led Canada in terms of overall sales volume every year since 2013.

Nav Bhatia has earned a level of fame as the Toronto Raptors Super Fan. He has been a season ticket holder since the team's formation in 1995. He became a famous fixture on TV from court-side seats. Amazingly, Nav did not miss a single home game between 1995 and 2021.

Technically, he was not allowed to attend some of the games in 2020 when the NBA moved to Orlando, Florida during the first COVID lock down.

Nav finally missed his first game on December 10, 2021 after having to isolate due to an exposure to COVID-19. Kal Penn, the actor who is portraying Nav in an autobiographical movie, took his seat at the game.

Every year he spends $300,000 on his own tickets and millions more to give under-privileged children tickets to Raptors games. He especially likes to buy tickets for Sikh children so he can make them feel special. If you ever tune into a basketball game in Toronto, look for a guy sitting courtside in a turban. Then you'll know you've found Nav Bhatia.

When the Raptors won the NBA Championship in 2018, Nav received one of the team rings. He is the only NBA fan in history to receive an official championship ring. The team also chose Nav as their grand Marshall for the victory parade.

In 2021 Nav was inducted into the NBA Hall of Fame. At the induction ceremony, Nav made the following statement:

" I made a promise as a kid to my mom I would never remove my turban. Today it is in the Hall of Fame. Embrace what makes you different. It is your superpower. This is the crown I wear each day. Thank you, mom. "