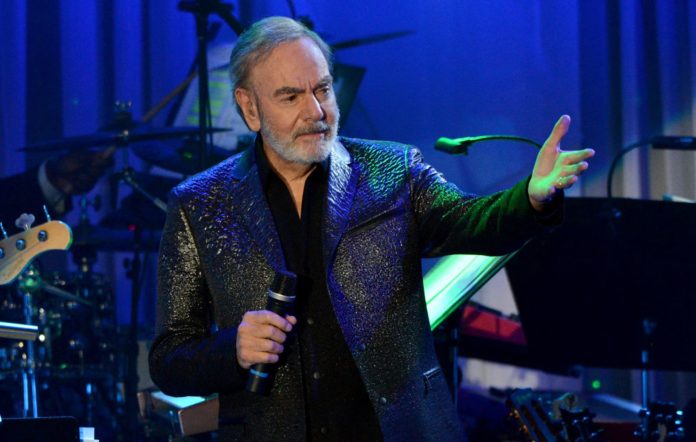 Neil Diamond has made a rare public appearance in the US to sing his hit song ‘Sweet Caroline’.

Diamond sung the song at the Boston Red Sox game in the US over the weekend, four years after announcing his retirement from touring back in 2018 after being diagnosed with Parkinson’s disease.

Fans sang along enthusiastically to the song, which has been the team’s anthem since 1997. The song became popular with England football fans during Euro 2020 and earlier this month, Britain voted for Rod Stewart to sing the song as part of the Queen’s Platinum Jubilee celebrations. It’s also used by NFL’s Carolina Panthers.

You can check out the moment Diamond sung the song here:

Back in March, Diamond sold his entire songwriting and recording catalogue to Universal Music Publishing Group for an undisclosed amount.

In addition to his publishing and masters, the deal includes 110 unreleased tracks, an unreleased album, and archival video footage.

According to Rolling Stone , UMG will also handle any future Neil Diamond music if the musician decides to record any new music.

“After nearly a decade in business with UMG, I am thankful for the trust and respect that we have built together and I feel confident in the knowledge that Lucian, Jody, Bruce, Michelle, and the global team at UMG, will continue to represent my catalog and future releases with the same passion and integrity that have always fueled my career,” Diamond said in a statement about the sale.

Lucian Grainge, UMG’s chairman and CEO, added: “Neil Diamond is by definition, a truly universal songwriter. His immense songbook and recordings encompass some of the most cherished and enduring songs in music history. Through our existing partnership, we are honoured to have earned his trust to become the permanent custodians of his monumental musical legacy.”

Diamond’s back catalogue as both a performer and songwriter is impressive; some of his biggest hits include: ‘Cracklin’ Rosie’, ‘I Am… I Said’, ‘Song Sung Blue’, ‘America’, and ‘Sweet Caroline’.

Other artists who have sold their rights elsewhere include Paul Simon, Bob Dylan and Bruce Springsteen.