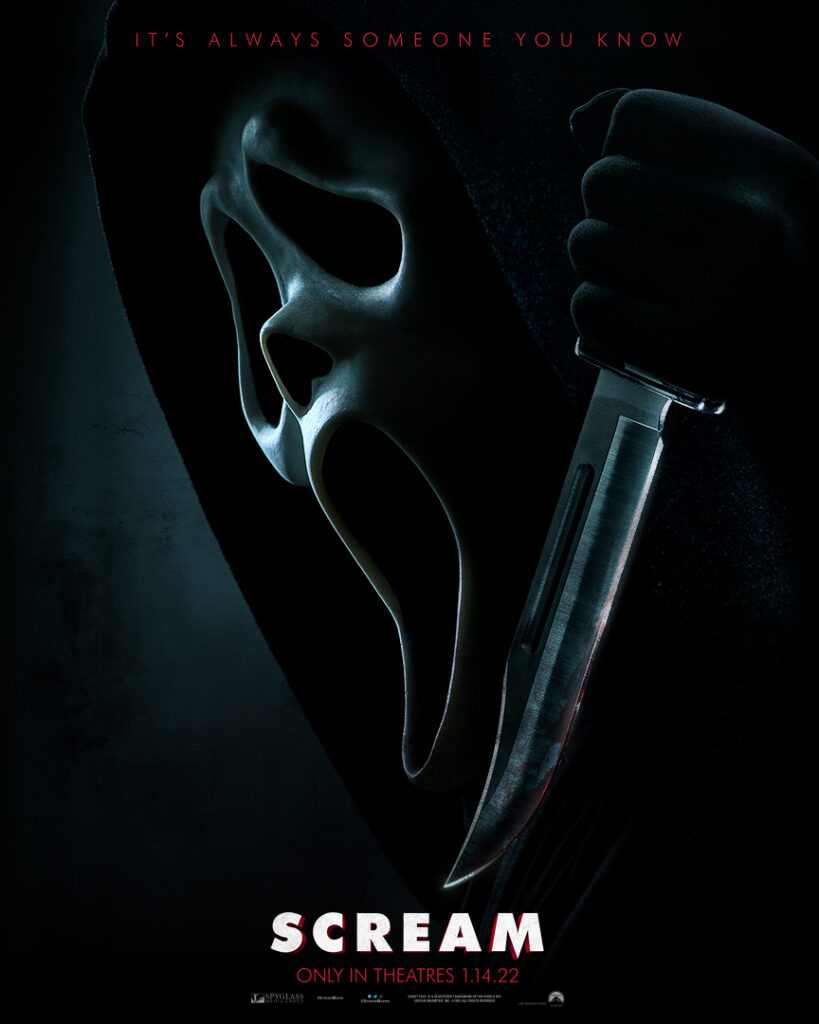 We should be seeing the trailer for the new Scream movie any time now, we know it has been approved for theatrical showings and is 2 minutes and 21 seconds long… but while we wait for that to show up, the film’s poster has been unveiled. You can check it out below, along with a batch of images that have been released by Entertainment Weekly.

Posters for Scream movies have never been particularly impressive, as far as I’m concerned. This one gets the job done by showing off the mask of Ghostface and featuring a nice tagline. And at least there’s no floating heads on it.

Set to reach theatres on January 14, 2022, the new Scream is coming to us from Ready or Not  (watch it HERE) directors Matt Bettinelli-Olpin and Tyler Gillett. The screenplay was written by James Vanderbilt and Guy Busick. Vanderbilt also produced the film for Project X Entertainment, alongside Paul Neinstein and William Sherak. Chad Villella, Gary Barber, Peter Oillataguerre, Ron Lynch, Cathy Konrad, Marianne Maddalena, and Kevin Williamson, writer of the original Scream, serve as executive producers.

Although the new film is simply titled Scream, it is a follow-up to the other four Screams, with franchise stars Neve Campbell, Courteney Cox, and David Arquette back in the roles of Sidney Prescott, Gale Weathers, and Dewey Riley. Scream 4‘s Marley Shelton is also reprising her role of Judy Hicks.

[Directors] Matt [Bettinelli-Olpin] and Tyler [Gillett] bring their freshness to it, but we’re honoring Wes [Craven]. I think it’ll make the fans happy, but also bring in a new audience to the movies, which I’m excited about.”

While the previous films were released by Dimension, this Scream is set up at Paramount and Spyglass. 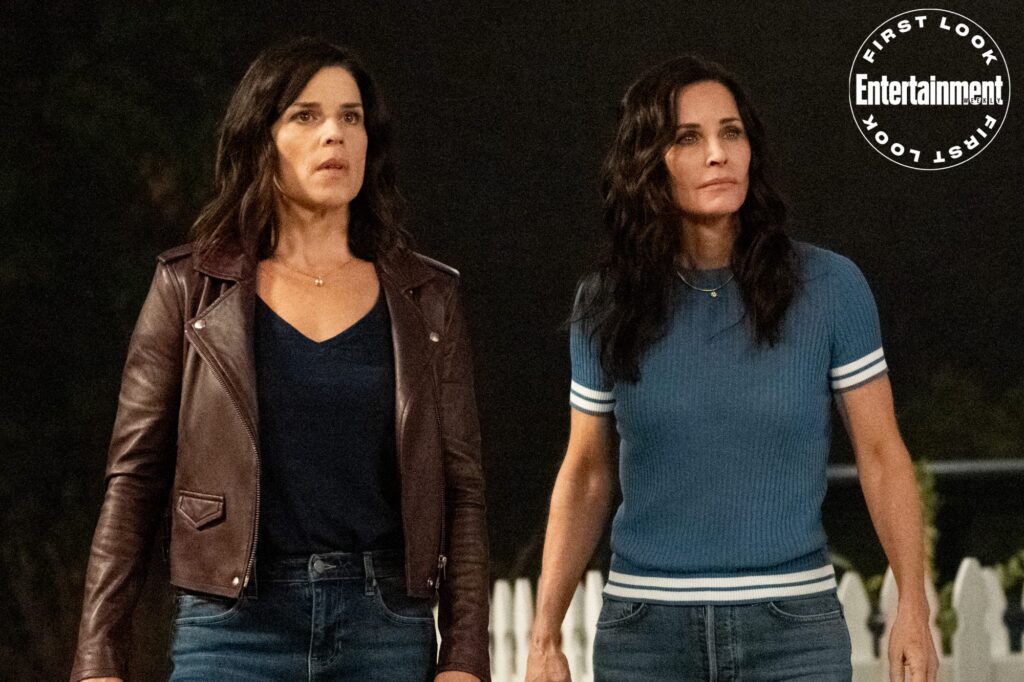 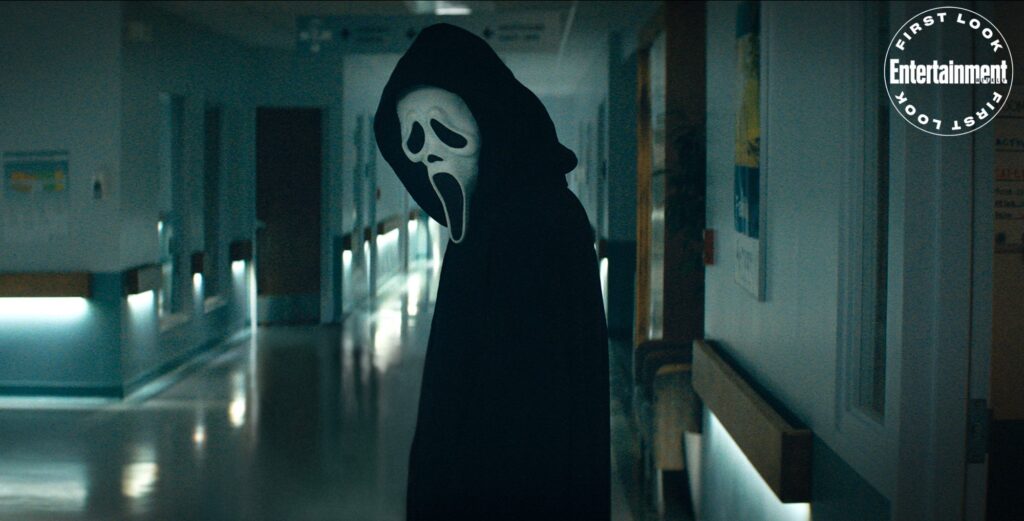 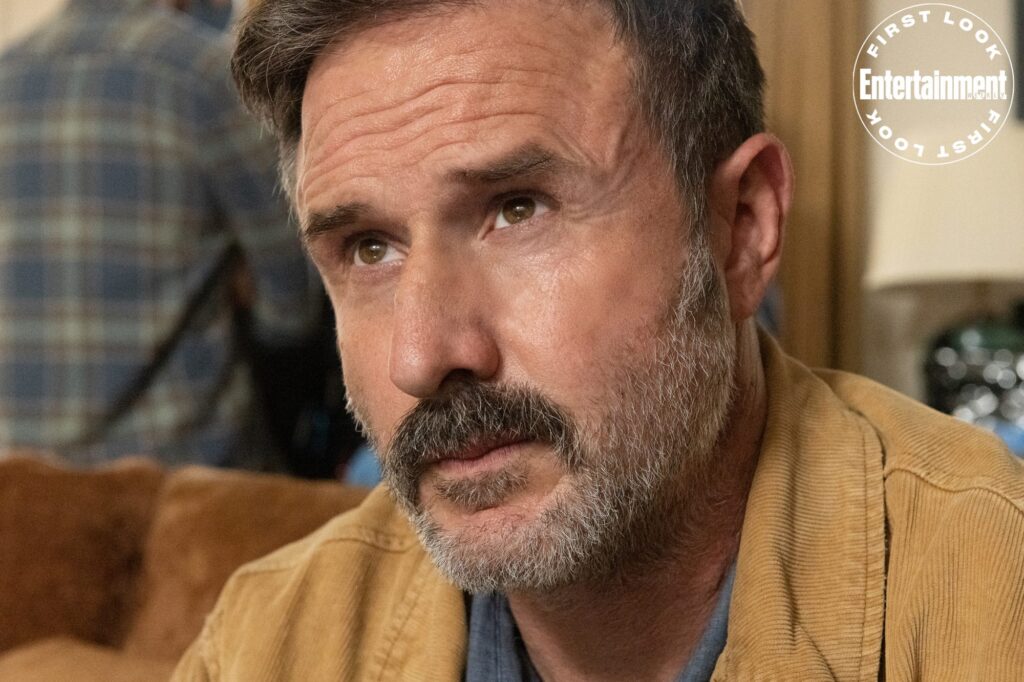 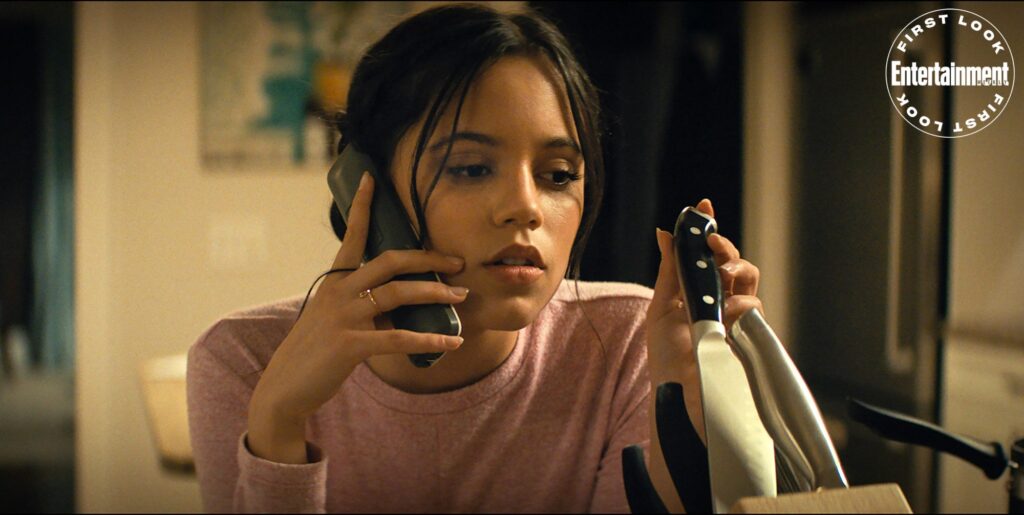 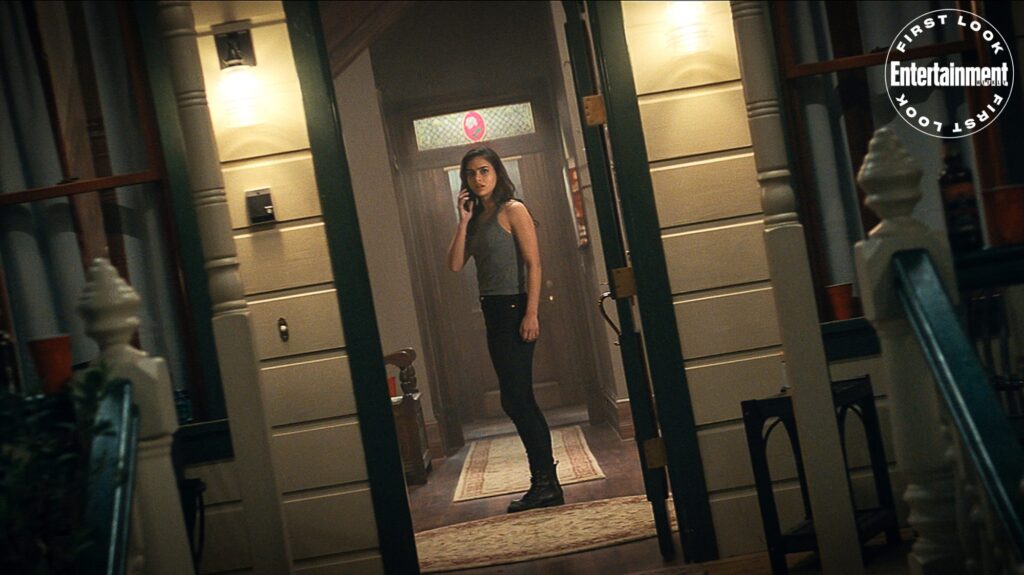 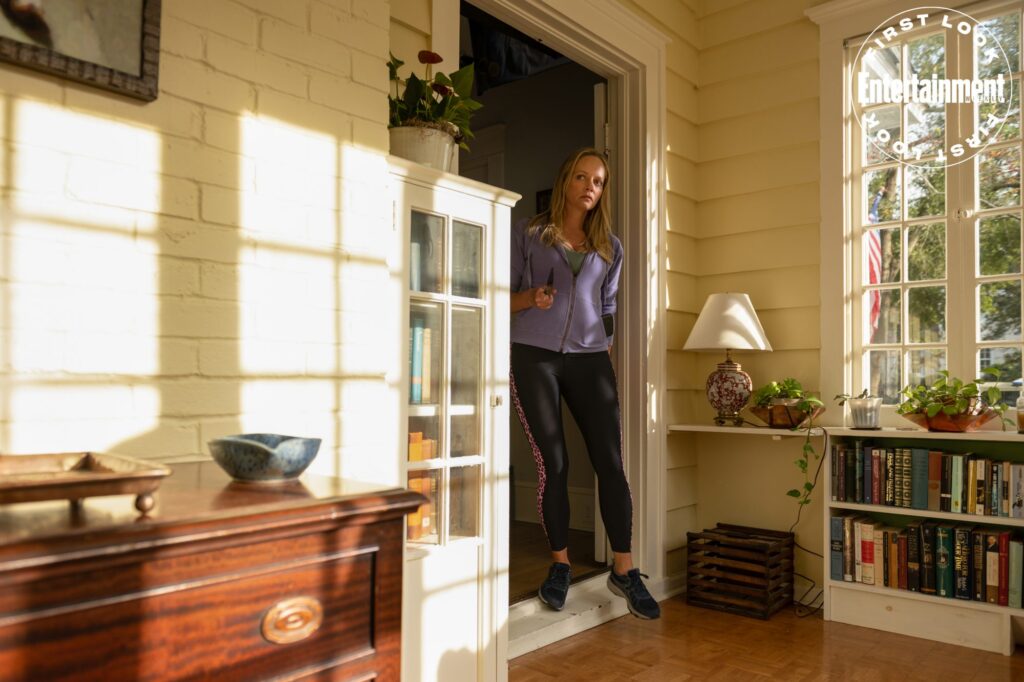 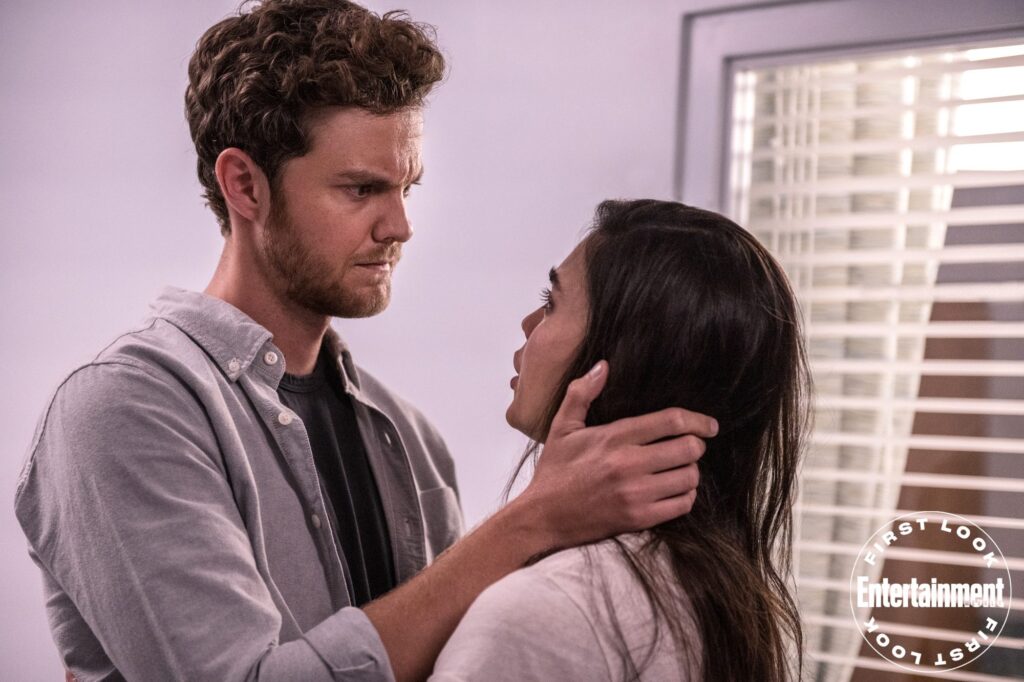 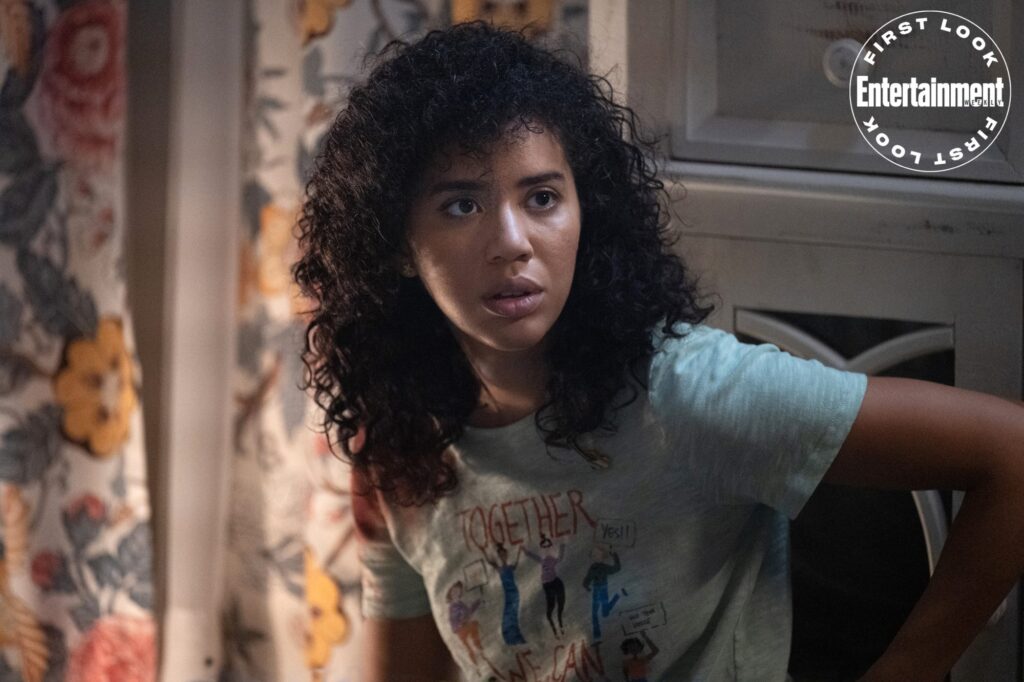 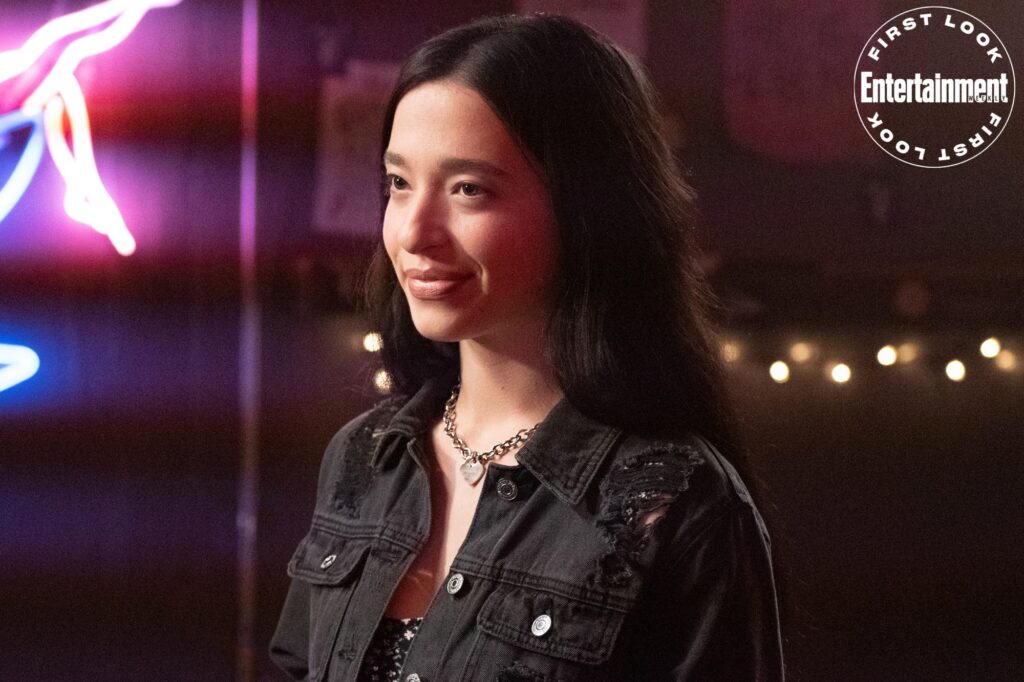 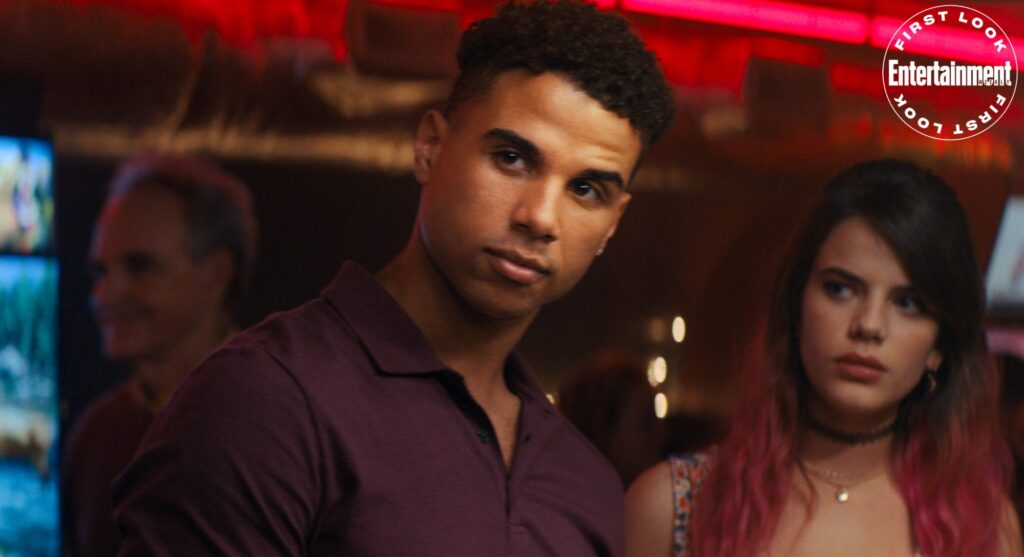 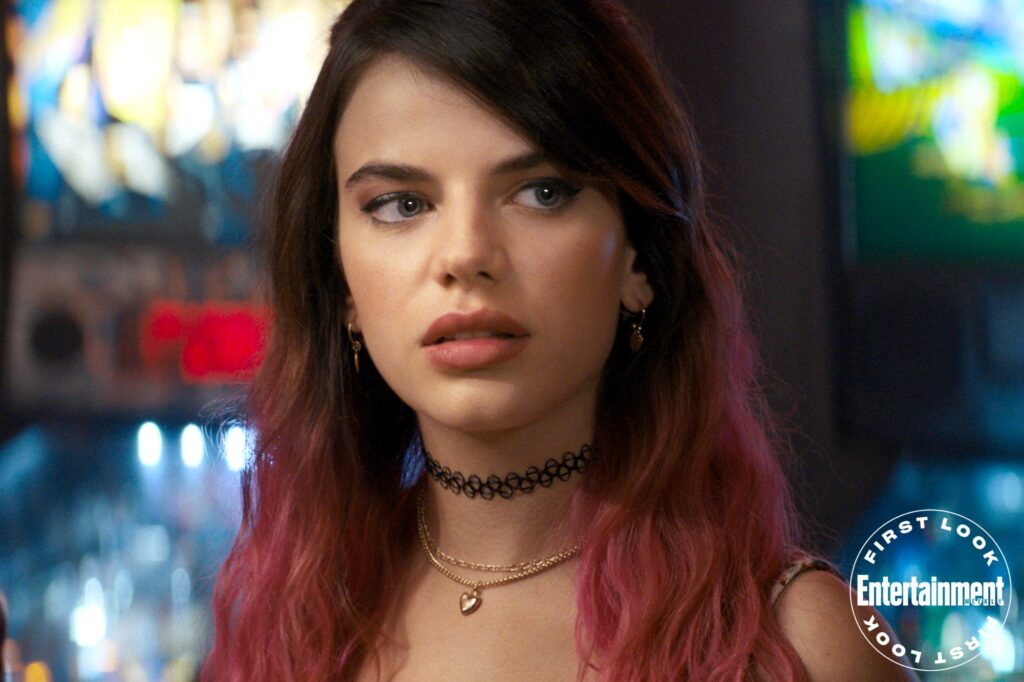 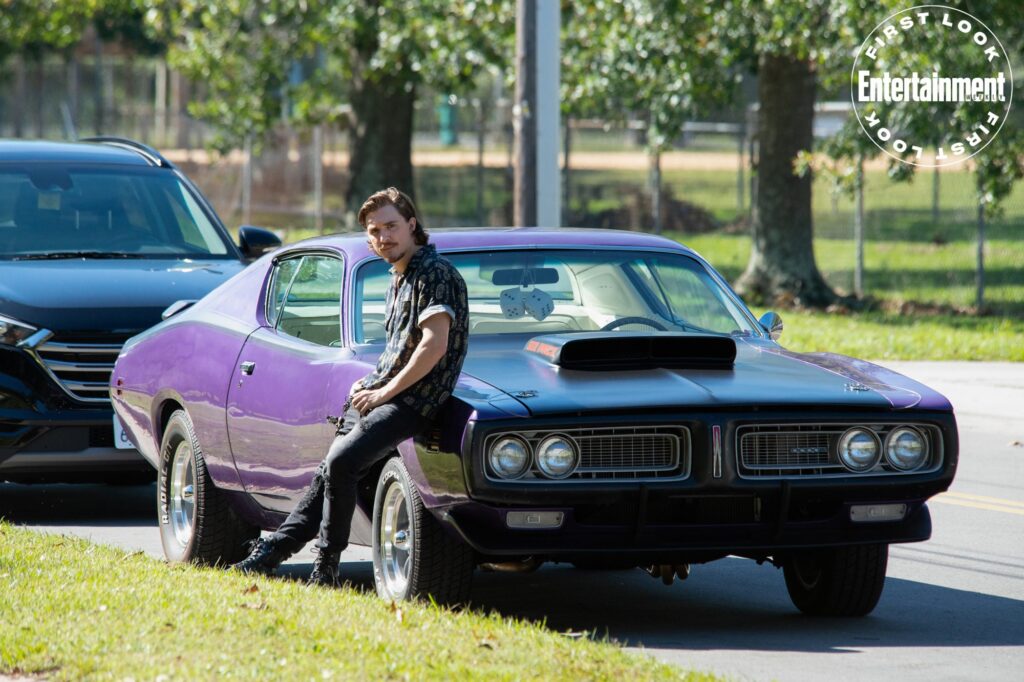