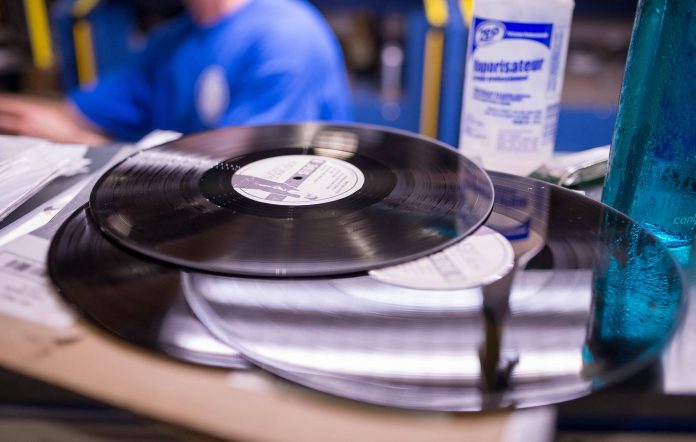 A new vinyl pressing plant – Press On Vinyl – will be opening in Middlesbrough in the coming months.

The company will aim to focus on independent artists and labels, small-run releases, and musicians local to the plant in the North East. David Todd, Danny Lowe, and David Hynes are heading the company which is based at the new Tees-Advance Manufacturing Park (TeesAMP).

Press On Vinyl aim to press 50,000 records per month, which they hope will gradually increase as they acquire more pressing machines. Their first pressing will be ‘You Say She’s Satisfied’ – the debut EP from Teesside indie pop band Komparrison.

According to the British Phonographic Industry, in 2021 vinyl sales reached its highest level in 30 years, with the format making up 23 per cent of all albums sold that year. But the spike in demand has come alongside a persistent delay in pressing plants worldwide due to an overabundance of orders clashing with limited pressing plant resources, which has affected future releases from both major and independent labels.

In an interview with ITV , Press On Vinyl co-founder David Todd said: “The demand for vinyl from music fans has increased massively over the last five to six years but the global capacity hasn’t increased with that so over the whole world there’s a massive shortage of pressing plants who can provide the capacity for the labels and the artists.”

In November, it was reported that Sony Music ordered more than 500,000 copies of Adele‘s latest album ’30’ to be pressed in time for its release that month. At the time, this was met with criticism by labels, artists, and music fans, who called out Adele for taking up vinyl-production resources. However, several music industry insiders told NME that the issue goes far beyond Adele and her label.

“Her record label, quite correctly, understand that although she probably makes quite a nice chunk of money from streaming, she’s going to make a lot more by selling vinyl,” said Josh Cohen, owner of label Memorials of Distinction. “It’s the same calculation that the rest of us have made, but she’s just doing it better!”

He continued: “I can see why people would blame Adele, she’s an easy target, but leave Adele alone. It’s not her fault. We’re all just trying to make money at the end of the day.”

Mobineko Express is touted to accommodate orders from 25 to 100 records per title, with a turnaround time of four to eight weeks. The plant explained that while they see Mobineko Express as a possible solution to major pressing plants allegedly “refusing to take orders for 2022 delivery”, the service had already been in the works for “the last few years”.

“[We have been] building a brand new press that’s designed from scratch to be extremely efficient and fast for pressing runs starting at 25pcs with a 4 week turn time,” they wrote.