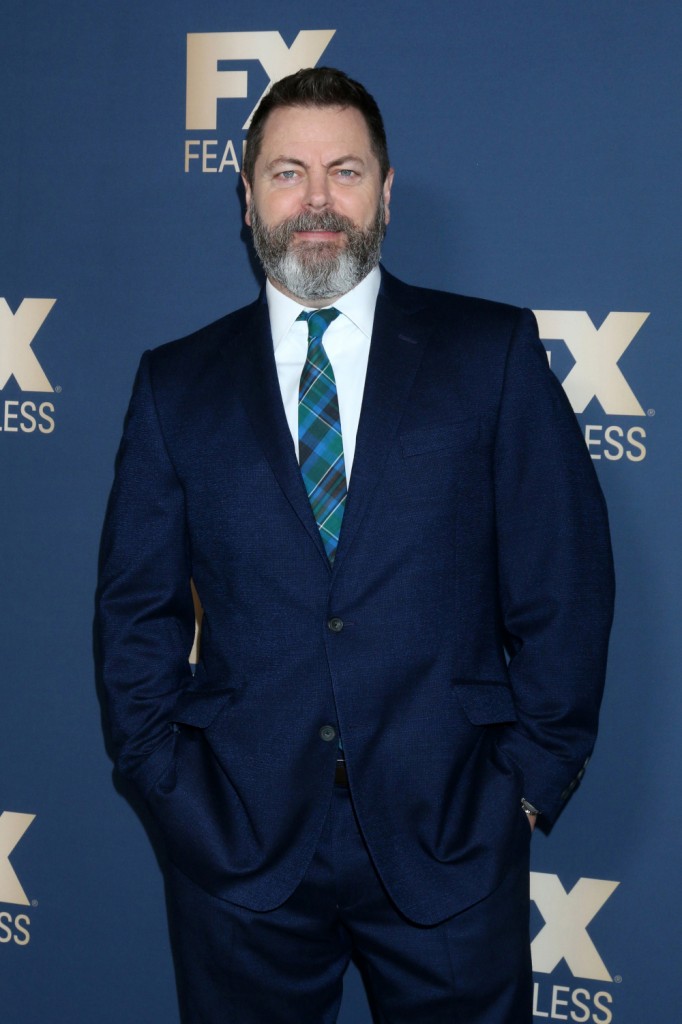 Nick Offerman: We’ve been taught to never get dirty because it’s beneath us

Nick Offerman’s new book comes out today. It’s his fifth book and it’s called, Where the Deer and the Antelope Play: The Pastoral Observations of One Ignorant American Who Loves to Walk Outside . Book titles today are longer than the books themselves. The book is a collections of Nick’s thoughts as he wandered around in nature. He went hiking or camping with his wife, Megan Mullally, or just walked around a field and I guess jotted down his thoughts. I kind of dig the concept. I do my best thinking while meandering. Nick, who is a professional woodworker (I didn’t realize that I thought he was a hobbyist), gave an interview to USA to promote the book. He talked about people not knowing how to do things for themselves and choosing not to do things they could. But he says there are reasons for that, like it’s just easier to have someone else do it and because we’ve been taught doing “dirty” tasks is beneath us. But he said those people are missing out on the advantages of self-reliance.

Why we are self-sufficient: People everywhere can now live comfortably without ever owning a socket set, because the consumer paradigm has made it available: There’s an app for everything. If you need somebody to come over and change your lightbulbs, you can do it with a touch of a button. And that nefariously plays on human nature. I as much as the next monkey am like, “Oh, I can either climb this ladder and do it myself or I can press a button and have it done for me?” Of course I’m going to choose the button. It’s having the wherewithal to say, “Hang on guys, I happen to know that button is dangerous.”

Why we don’t get dirty: Among other things, you get dirty changing a tire. And we’ve been taught we should aspire to a life where we never get dirty because it’s beneath us. That’s part of what we’ve been sold, that you deserve to put your feet up and take it easy, so put down your broom and buy a vacuum cleaner. Getting your hands dirty is for laborers and peasants. You should aspire to be a hip-hop star and relax on your yacht while other people are getting their hands dirty. Luckily, I grew up in a family of people who still get their hands dirty, and I grew up understanding that not only is that not beneath me, that’s a super power.

He reflects on the indigenous tribes a lot in his book: It’s something I’ve come around to. … I had a wonderful moment some years ago, my wife’s band was playing at the Sydney Opera House. There was an announcement before the show started that said, “Let’s just take a moment to recognize that this theater is built on the land of this aboriginal tribe and this peninsula was a traditional place of performance and festival. So let’s take a moment of silence and respect for those tribes we displaced, but let’s not forget that that’s how we came to be here tonight.”

And I just thought, boy, that’s a big deal, to simply cop to culpability. That’s all I’m asking for. Nobody should be self-righteous.

I mostly agree with Nick. I think the media portrays the rich as looking down on those who do any kind of menial labor. Maybe the uber rich see it that way but the rest of us have other reasons to have someome else do things for us. I’m lousy at cleaning my house. I do it, but I hire someone to come in twice a month and fix everything I miss. She’d back me up, too – I suck. And I call AAA for a tire change because I pay for it already and it’s safer. I know they know what they’re doing and I can wait in my car until they arrive if I am in a questionable area or side of the freeway. However, if Nick’s point is that we *should* all know how to take care of ourselves, then I fully agree. I know how to change a tire. I know how to clean my house (stop laughing Patty). I guess I grew up in a family that got its hands dirty too. I don’t get Nick’s point about the broom vs. the vacuum, though. I don’t see anything nobler in sweeping than vacuuming. I have two dogs and a house that’s wall-to-wall carpet. It would take me a week to sweep all the dog hair out of it.

I included the bit about the indigenous tribes for a couple of reasons. 1) yesterday was Indigenous Peoples’ Day. 2) I love that the Sydney Opera House opened Megan’s show with a moment of reflection on the indigenous people who used to live on the land. Think of the people who could be educated if more venues did that. But 3) I also wanted to show you guys this cool thing. You can text your zip code to this SMS bot developed by Code for Anchorage and find out what indigenous territory you are in. I use it all the time, I love it. I live in Kizh and Tongva land and learning that led me to do research on both. Code for Anchorage said it does not sell or use your info, but if it makes you uncomfortable, you can look up the info on Native Land’s map instead. 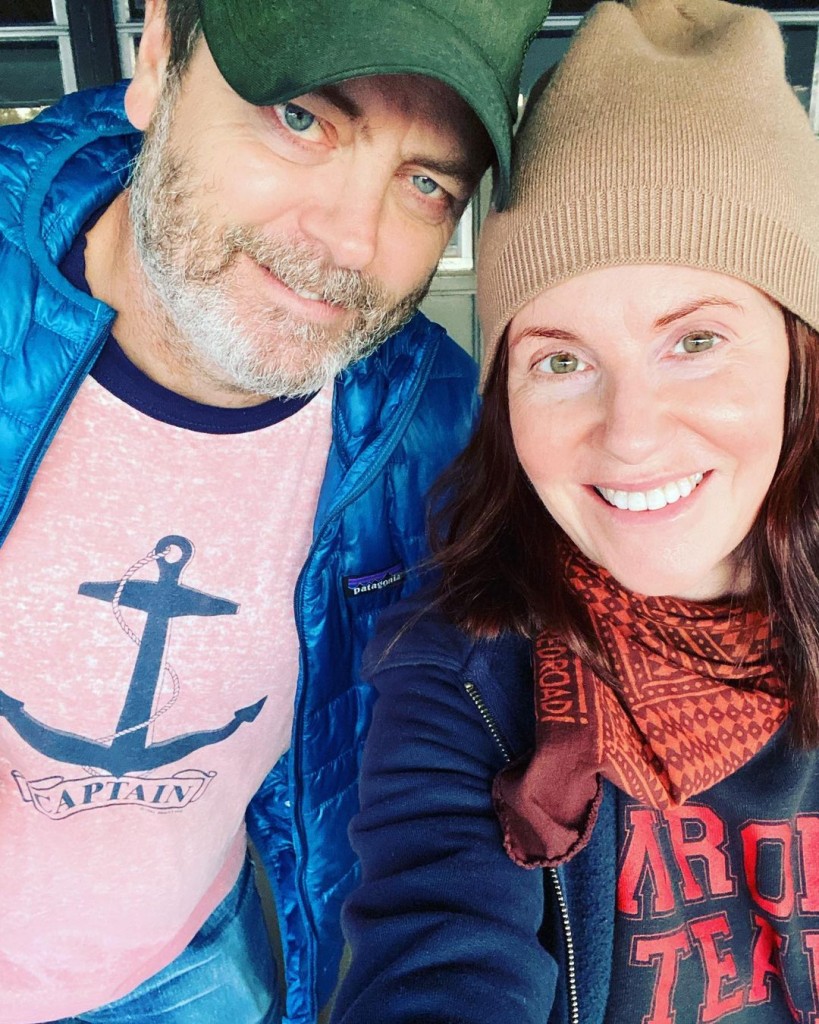 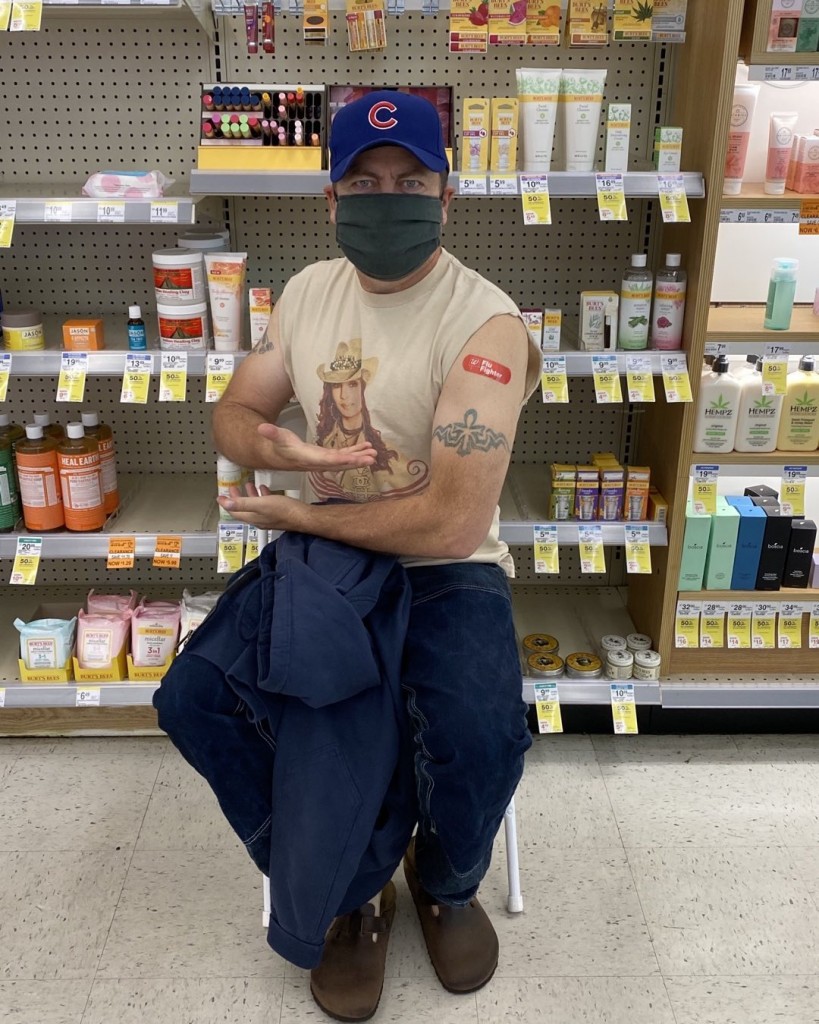