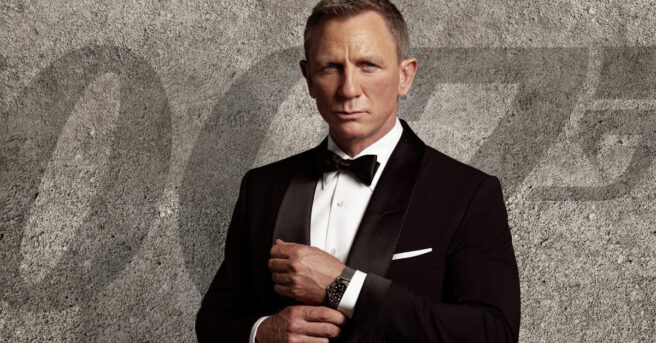 No Time to Die Review

REVIEW: It’s finally here. After almost two years of waiting for No Time to Die to hit screens, Eon and United Artists have finally released Daniel Craig’s final outing as James Bond. Arguably the most ambitious James Bond epic ever, boasting an A-list director in Cary Joji Fukunaga, a buzzy screenplay whose writers include Fleabag‘s Phoebe Waller-Bridge, and a long-awaited score by Hans Zimmer, Eon has pulled out all the stops for Craig’s swan song in the part. The hope is to leave fans in a better place than the last film, the divisive SPECTRE did.

As anyone who subscribes to JoBlo Videos can tell you, I’m a massive James Bond Fan. We’ve been doing our show, James Bond Revisited, for over a year now, and indeed this movie itself will get an installment after everyone’s had time to digest, and we can go into spoilers. We’re not going to do that here. So how is No Time To Die?

Very, very good. One of the issues many of us have had with the Daniel Craig era of James Bond movies is their inconsistency. So by that logic, we were due a good 007 movie, and director Cary Joji Fukunaga delivered. A James Bond epic that deliberately riffs on early Bond films, particularly On Her Majesty’s Secret Service, it’s an appropriate and fitting way to close out the Daniel Craig era.

In this one, Bond is briefly happy and settled with Lea Seydoux’s Madeleine Swann, until a plot by Blofeld and SPECTRE puts an end to his bliss and leaves him believing that he’s been betrayed. This is the teaser, with the film picking up five years later. Bond is retired but approached by Jeffrey Wright’s Felix Leiter to retrieve a kidnapped scientist MI6 also wants. They want him so badly, they’ve sent the new 007, Lashana Lynch’s Nomi, to get him. They wind up engaging in some Spy Who Loved Me style one-upmanship until the real threat is revealed, Rami Malek’s Safin, who’s stolen a virus that was intended to work as a DNA sequenced way to assassinate high-value targets. Of course, now it’s being designed as a weapon that can wipe out families and entire races of people. Of course, the chase after Safin puts Bond back in contact with Swann, but can he trust her?

Overall, the storyline here is compelling. The fact that the MacGuffin is a virus may ruffle a few feathers, but who knew what we were looking at when this started filming in 2019? Daniel Craig seems more engaged than ever, looking fit and energized for his final go-round. While Fukunaga doesn’t skimp on action, Eon likely hired him for what he could do with the characterization, and the script, which he co-wrote with Neal Purvis, Robert Wade and Phoebe Waller-Bridge, is one of the better ones they’ve worked from. Bond has a clear motivation here, and some legitimate stakes make this one of the most urgent 007 films. It’s not episodic, and it builds to a powerful climax – probably the strongest in the entire run of Craig Bond films.

Fukunaga also re-introduces some fun into the series, with some solid quips and a sense of fun we haven’t gotten since Casino Royale. The supporting cast is top-shelf, with Malek an unsettling, if sparsely used villain. He’s definitely from the Donald Pleasance as Blofeld or Joseph Wiseman as Dr. No school, with him not blinking throughout, and he seems ideally cast. Christophe Waltz is back as Blofeld, in perhaps an effort to redeem him as a baddie after how he was used in SPECTRE. He’s fine here, although I’m still not entirely happy with how Blofeld (or SPECTRE as an organization) was brought back into the franchise overall. Luckily Malek is a strong enough villain that it doesn’t matter.

Lea Seydoux is excellent as Swann. One of my issues with SPECTRE is that I never felt the connection between her and Bond, but their romance is given much weight here. If any role is salvaged from the last one, it’s hers. She’s terrific in this and ranks as one of the better Bond girls. Lashana Lynch is also fun as the new 007. She has good chemistry with Craig, and rather than be antagonistic, the film goes for a mismatched buddy vibe, with them each learning to respect each other by the end. Anyone thinking Craig would be sidelined at all in favour of new agents is very wrong; with the finale featuring his Bond in a one-man assault on the villain. It’s a kickass way for Craig to sign off in the part. He went all out physically in this one, and it shows.

One person who will likely get a lot of buzz coming out of this is Ana de Armas. Now, it should be mentioned that her part is very brief. It’s perhaps more of a cameo than anything, but damn if she doesn’t nearly steal the entire film. She plays a newbie agent named Paloma, who’s working for Leiter, and she kicks ass. She’s great with the action but also incredibly likeable as the bubbly, inexperienced agent who winds up being born for action, and if EON ever really wanted to spin the franchise off, she’s the one to do it with.

Of course, all of the regulars are back, with Ralph Fiennes as the new M who Bond doesn’t trust quite as much as the old one (there’s a nifty tribute to not only Judi Dench but also Robert Brown buried in the film). Plus, there’s Ben Whishaw as a more grounded Q. Naomi Harris is back as Moneypenny, but it’s a reasonably small part this time.

My only real complaint with No Time to Die is that at 165 minutes, it’s a hair too long. Of course, close to three hours is long for a Bond movie, but then again, the pace never really lags, so it’s not a huge issue. I just think it could have been a little tighter towards the middle. Also, they maybe do a little too much with Waltz as Blofeld, and his role could have been trimmed. Malek is a strong enough villain on his own that they didn’t need Blofeld as a secondary one. The action, of course, is rock solid, with a great car chase, shoot-em-up at the beginning and the terrific climax. I think many will probably single out the big Armas/ Craig team-up sequence as the best bit of business. Indeed, it’s a perfect set-piece with some excellent throwaway humour, with the two of them stopping to hit the booze a few times during the fireworks. It’s a really fun action sequence that will put her on the map as an action heroine.

I should also mention Hans Zimmer does not disappoint as far as the music goes. He pays tribute to John Barry quite often, particularly in his use of motifs from On Her Majesty’s Secret Service. It’s a good James Bond score, and the theme song by Billie Eilish works beautifully in the opening credits.

While we indeed waited a long time for No Time to Die, it’s been worth the wait. I’m happy that they saved it for theatres at the end of the day, as it was meant to be a theatrical experience from day one. I enjoyed it tremendously as a James Bond fan, and it’s a fitting send-off for Daniel Craig’s tenure as Bond. Once they choose a new one, they’ll have some big shoes to fill.