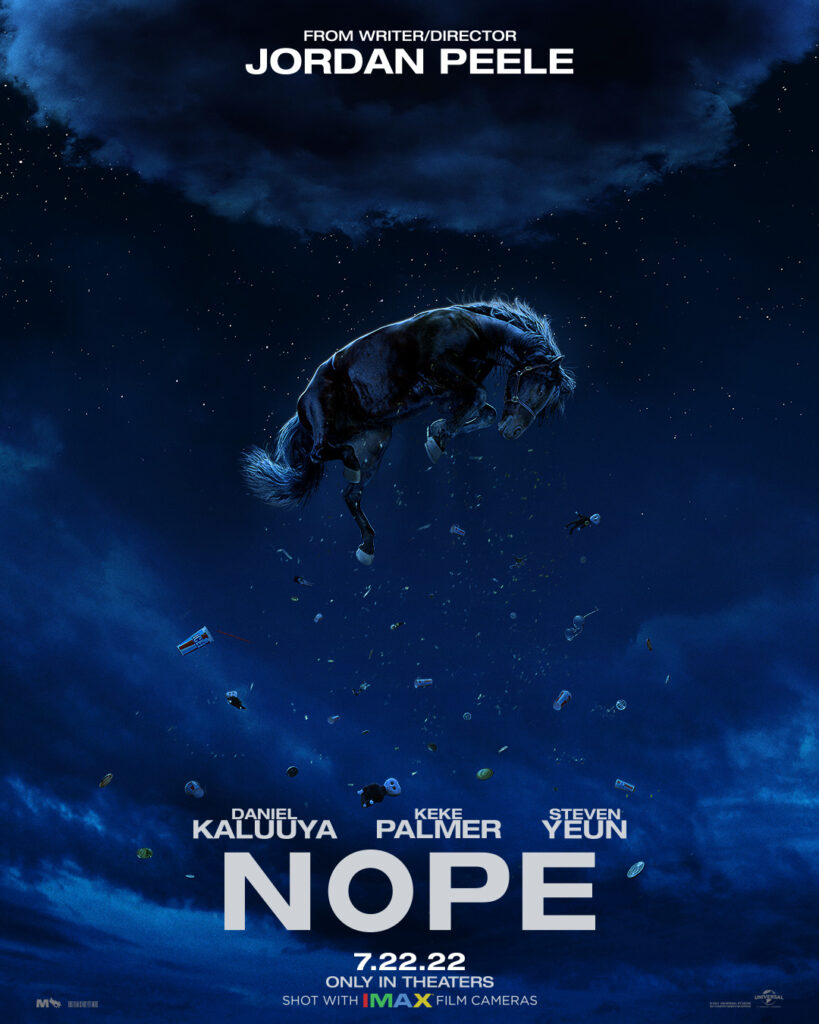 Last week, a TV spot for Nope , the upcoming “horror epic” from Get Out and Us writer/director Jordan Peele, revealed something that some viewers didn’t want to see until Nope reaches theatre screens on July 22nd. Now a behind-the-scenes featurette has arrived online… and this video is actually pretty safe. It doesn’t show much from the movie other than a lot of shots of people running around and cowering from a threat that is coming from above. It does reveal that Keith David from the John Carpenter classics The Thing and They Live is in the movie, though. So that’s cool. Check out the video embedded above if you want to get a peek behind the curtain on Nope.

Nope is said to center on

residents in a lonely gulch of inland California who bear witness to an uncanny and chilling discovery.

Those residents are played by Daniel Kaluuya, Keke Palmer (Alice), and Steven Yeun (The Walking Dead). Also in the cast are Michael Wincott (The Crow), Brandon Perea (The OA), and Barbie Ferreira (Euphoria).

Universal still hasn’t released the Nope trailer that our own Chris Bumbray had the chance to see at the CinemaCon event back in April. He couldn’t say all that he saw in that trailer, but

suffice to say, the “bad thing” comes from the clouds and builds up slowly. The thing that it might be is potentially revealed. The cast is emphasized and it looks like Michael Wincott has a major role.

There’s a good shot of Wincott in that behind the scenes featurette, too.

I enjoyed both Get Out and Us, so I’m looking forward to seeing what Peele has done with Nope. I wish I hadn’t seen what I saw in that TV spot, but I’ll be watching the movie anyway.

Are you looking forward to Nope? Let us know by leaving a comment below.