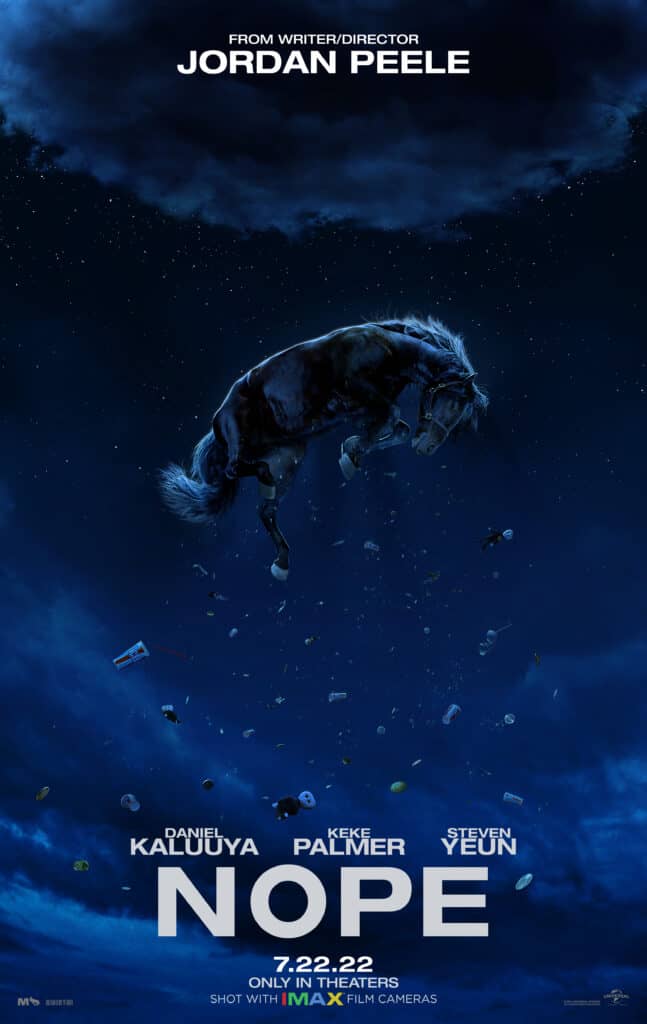 Nope: Something out of this world is in the sky in the final trailer for Jordan Peele’s latest horror film

The final trailer for Jordan Peele’s Nope has been released and while the promotional materials say, “it’s not what you think,” it appears that something out of this world is coming from the sky.

Not a lot is known about Peele’s follow-up to Get Out and Us but it seems to follow the residents of an isolated town who begin witnessing a mysterious and abnormal event. Among them are ranch owners James and Jill Haywood (Daniel Kaluuya and Keke Palmer), who begin to be tormented by the presence of an unidentified flying object. Given that this is Jordan Peele, this might not all play out like we think it will and that makes this one of my most anticipated films of the summer. The movie also stars Steven Yeun, Michael Wincott, and Brandon Perea

Definitely liked what I’m seeing here. The trailer sets up a sense of dread in its tone but there also seems to be some fun tonal shifts going on as the characters are trying to exploit the out-of-this-world event for their own personal gain. I also don’t think this will be a straight-up alien flick and that Jordan Peele certainly has something more up his sleeve.