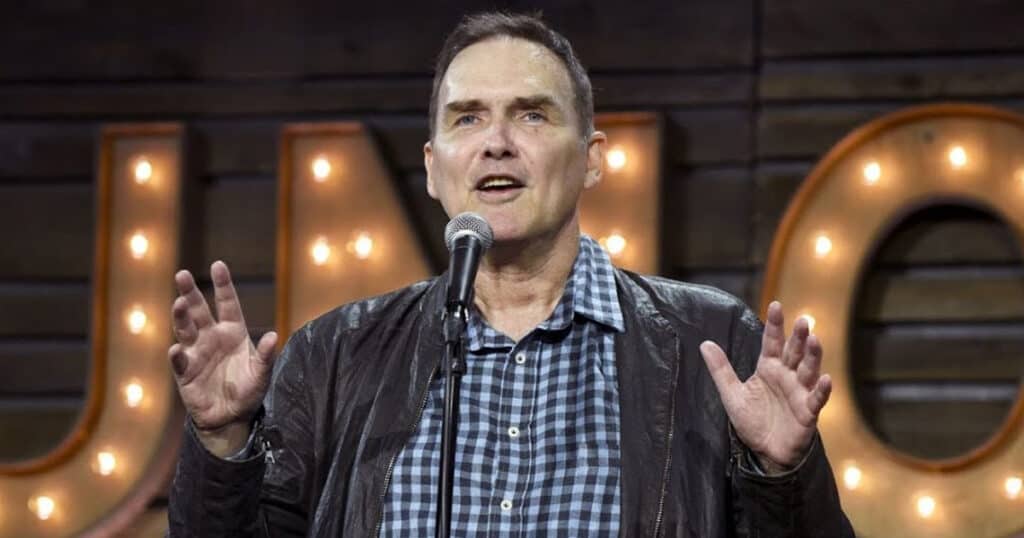 The world lost a comedy great with the death of Norm Macdonald last year, but the comedian has left us one final gift — a stand-up special he shot in secret in 2020.

Norm Macdonald was diagnosed with cancer in 2012 but kept it secret from just about everyone. He had been working on new material for a stand-up special for Netflix before he had to go into hospital for a procedure. Macdonald’s long-time producing partner Jo Hoekstra said that he shot the special in his living room before he went to the hospital just in case “things went south.“

His test results were not good, so during the heart of COVID-19 pandemic and literally the night before going in for a procedure, he wanted to get this on tape just in case – as he put it – things went south. It was his intention to have a special to share if something happened… He looks great and it’s fantastic.

Macdonald pulled through the procedure so the footage was set aside. He had intended on shooting the special properly before an audience but wound up becoming too ill to do so. Shortly before he died, Norm Macdonald remembered the special and asked to see it. Hoekstra said that Macdonald watched it before he died and even suggested a title — Norm Macdonald: Nothing Special. “It makes me so happy that I can share it, but also so sad that we can’t share it with him,” Hoekstra said. “He didn’t do this for the shock that it exists. He shot it because he loved his material and was so proud of his material. He worked so hard and it really would’ve bothered him to have done all that work and not been able to show everybody. He did it for the stand-up. I just hope people appreciate that he did this.“

Netflix will release Norm Macdonald: Nothing Special on May 30th, and the program will also include clips from Adam Sandler, Conan O’Brien, Dave Chappelle, David Letterman, David Spade, and Molly Shannon.