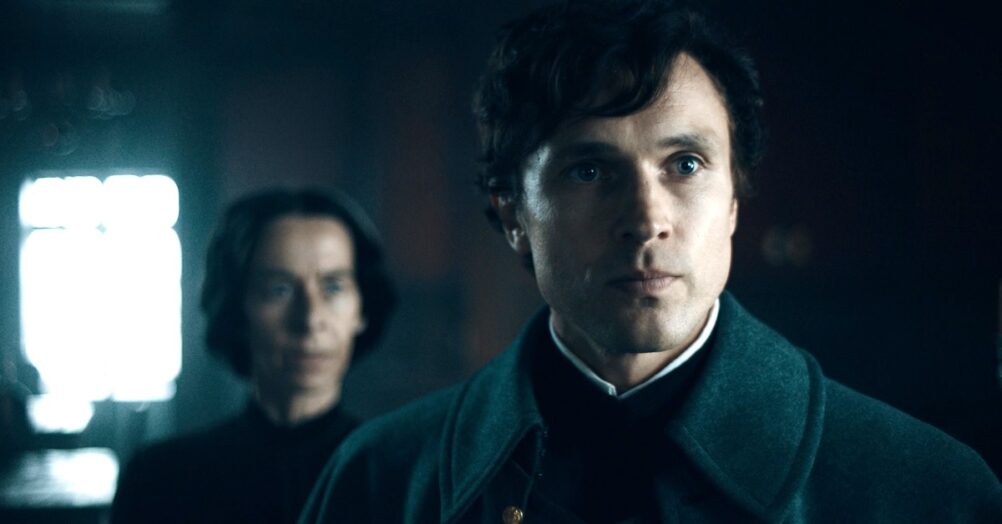 Last week, Universal released a clip from The Forever Purge (watch it HERE) that claimed to be the “first 9 minutes” of the movie, but was actually lifted from about 20 minutes into the running time. Now they’ve released a clip that claims to be the “first 9 minutes” of M. Night Shyamalan‘s thriller Old … but I haven’t watched Old yet, so I’m just going to have to take their word on this one. Universal gave Old a digital release this past Tuesday (you can watch it at THIS LINK) and will be putting the film out on UHD, Blu-ray, and DVD on October 19th (pre-order a copy HERE). The first 9 minutes (or so they say) of Old can be seen in the embed above.

Inspired by Pierre Oscar Levy and Frederik Peeters’ French graphic novel Sandcastle (pick up a copy HERE), Old is about

a family on a tropical holiday who discover that the secluded beach where they are relaxing for a few hours is somehow causing them to age rapidly… reducing their entire lives into a single day.

Sandcastle had the following description:

It’s a perfect beach day, or so thought the family, young couple, a few tourists, and a refugee who all end up in the same secluded, idyllic cove filled with rock pools and sandy shore, encircled by green, densely vegetated cliffs. But this utopia hides a dark secret. First there is the dead body of a woman found floating in the crystal-clear water. Then there is the odd fact that all the children are aging rapidly. Soon everybody is growing older — every half hour — and there doesn’t seem to be any way out of the cove.