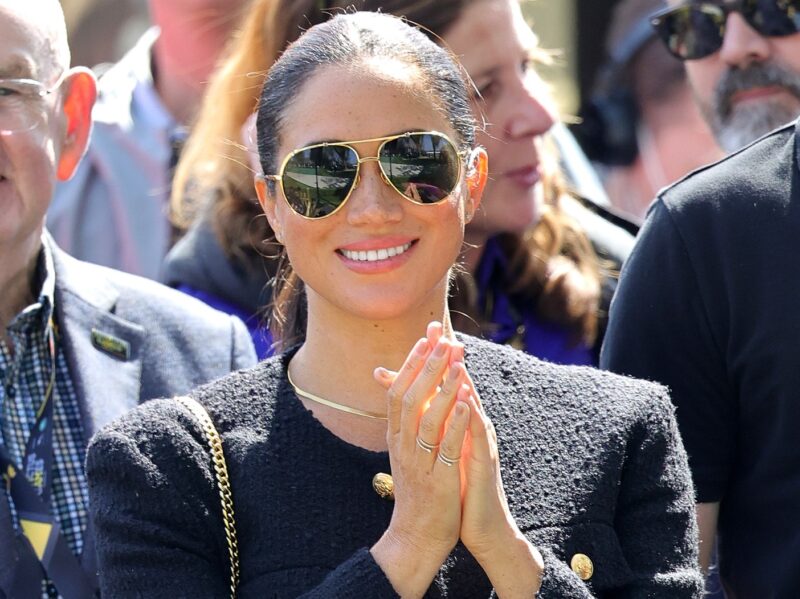 Only 1% Of The Population Shares This Trait With Meghan Markle

Do you know anyone else with this special talent?

Meghan Markle is one of the most famous people in the world, and it seems like everyone knows almost everything about the Duchess of Sussex. However, did you know that Markle has a special trait that only occurs in 1% of the population?

Markle is ambidextrous, using her left and right hands interchangeably. According to a report from the Daily Mail , the duchess uses her right hand to write and her left hand to eat and play guitar.

Markle is far from the only famous face who can use both their left and right hand to do various tasks. Leonardo da Vinci, Albert Einstein, LeBron James, and Adam Levine are also ambidextrous.

Markle is constantly in the headlines, and it’s hard to believe that there is anything new left to learn about her. However, there are some fun facts about Markle that not everybody knows.

Markle’s Talent For Languages And Writing

The duchess is fluent in Spanish, surprising many when she started conversing in the language while visiting the LA social-justice organization Homeboy Industries in 2020. “She spoke Spanish perfectly with one young woman,” Father Greg Boyle, the group’s founder, told People . “She just went right into Spanish, which was a revelation—and it was very good.” Markle picked up the language while interning with the US Embassy in Buenos Aires, and can also speak French.

Markle is also a skilled calligrapher, a talent she developed while attending handwriting classes at her all-girls’ Catholic school. She would practice her skills on breaks from her waitressing job, telling Esquire , “I would sit there with a little white tube sock on my hand so no hand oils got on the card, trying to pay my bills while auditioning,” she said. “I’m glad that in the land of no one seeming to appreciate a handwritten note anymore that I can try to keep that alive.”

From languages to writing skills, it’s clear Markle has many special talents. While many think they know everything about Markle, it’s clear that there are many skills and talents that the duchess has yet to reveal to the world.