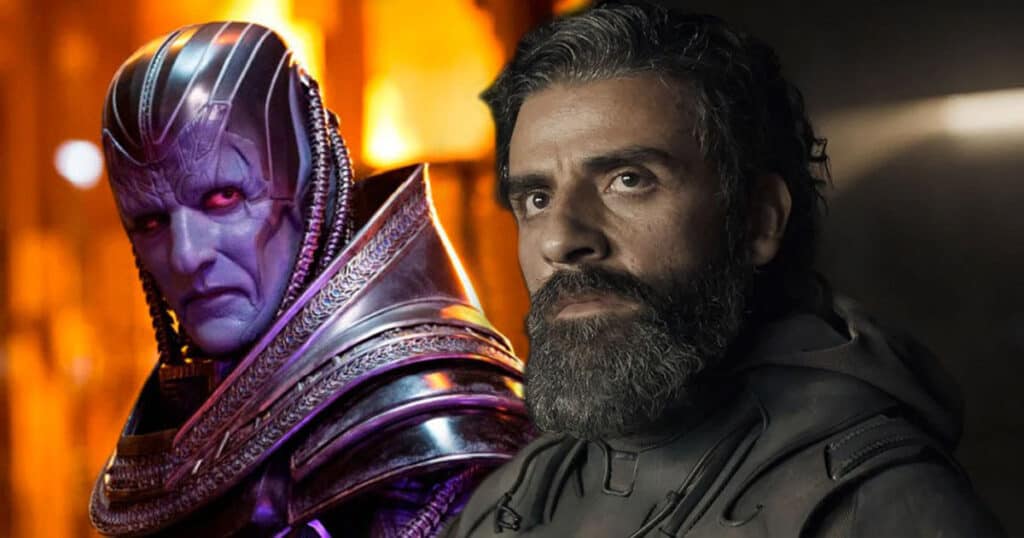 Oscar Isaac refuses to disown X-Men: Apocalypse despite it being ‘excruciating’ to make

Admitting failure is hard, especially if that failure costs $178M to produce. However, despite X-Men: Apocalypse being labeled a dumpster fire by fans, Oscar Isaac refuses to disown it. He takes a lot of pride in his work, and although he’s referred to the film as an “excruciating” experience, Isaac will not stand idly by as the film burns in mediocrity.

“No, I don’t disown it,” Isaac told  The New York Times  in a recent interview. “I know exactly what I went in there wanting to do and the reasons why. There were these amazing actors involved that I really wanted to work with, [James] McAvoy and [Michael] Fassbender and Jennifer Lawrence. I collected X-Men growing up, and I loved Apocalypse. I just found him such a freaky, weird character. And then you get there, and you’re like, ‘Oh my God, I’ve got all these prosthetics on. I’ve got a suit on. I can’t move. I can’t see anybody. All these actors I wanted to work with — I can’t even see who they are.'”

“I still think back to that time with fondness,” Isaac said. “I wish it would have been a better film and that they would have taken care of the character a little better, but those are the risks.”

Listen to this beautiful man being all level-headed and courteous about one of his favorite fictional characters being done dirty by Bryan Singer, Simon Kinberg, and Michael Dougherty. We could all stand to learn something from Mr. Isaac about remaining calm when something you love isn’t represented the way you envisioned. It’s a bummer when that happens, though it’s not the end of the world.

Good grief. It sounds like Isaac’s experience on X-Men: Apocalpyse was painful. While speaking with  GQ  about the film in 2018, Isaac detailed the laborious process of suiting up as the character.

“I didn’t know when I said yes that that was what was going to be happening. That I was going to be encased in glue, latex, and a 40-pound suit—that I had to wear a cooling mechanism at all times. I couldn’t move my head, ever.”

“I had to sit on a specially designed saddle because that’s the only thing I could really sit on, and I would be rolled into a cooling tent in-between takes,” Isaac added. “And so I just wouldn’t ever talk to anybody, and I was just gonna be sitting, and I couldn’t really move, and like, sweating inside the mask and the helmet. And then getting it off was the worst part because they just had to kind of scrape it off for hours and hours.”

Ugh! Imagine going through all of that costume prep only to scrape it off at the end of the day. I understand that you can’t go home with it on, but still. I wonder how he used the bathroom in that outfit.

I’m sure this isn’t the last of what we’ll hear about X-Men: Apocalypse as time marches on. It sounds like the film was an absolute nightmare to make, and I would not be surprised if more stars reveal other stories in the future. I’m eager to hear them. Please give me all of your gossip and nightmare fuel! I will drink it down!