The launch of Ozark‘s final season is just two weeks away, and today, Netflix has unleashed an Ozark Season 4 Part 1 trailer that declares no one is getting out of the stunning conclusion to the series cleanly. In the new teaser, Marty and Wendy (Jason Bateman and Laura Linney) engage in a tense chin-wag with Darlene (Lisa Emery) and Ruth (Julia Garner) to deliver a message of warning about their getting back into the drug trade.

“So what’s this message from Mexico, so important you had to drag us all in here?” Darlene asks.

“The Navarro cartel has been made aware that you intend to start producing heroin again. They have instructed us to warn you their response is going to be quick and it’s going to be brutal,” Marty warns. 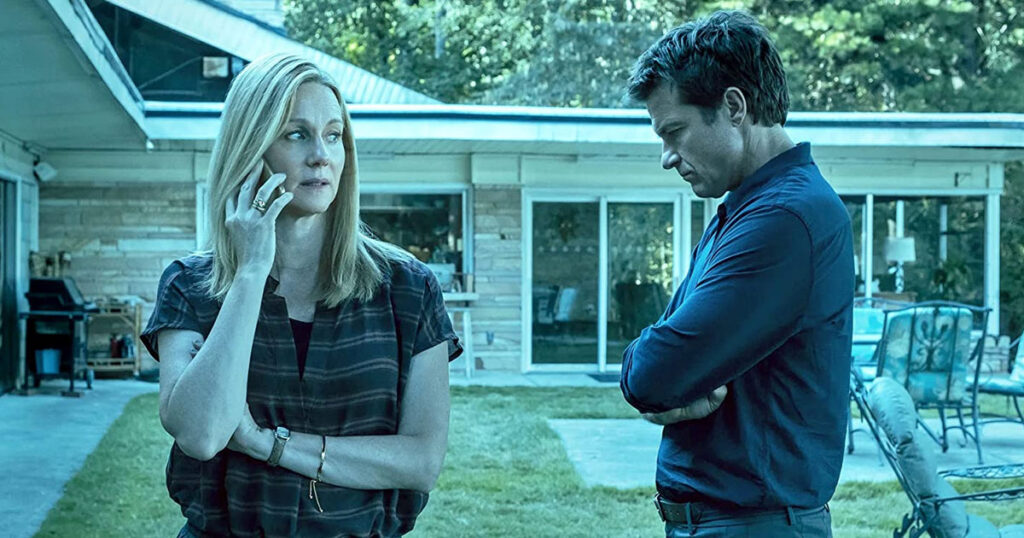 Ozark Season 4 Part 1 consists of seven episodes that will come to Netflix on January 21. As we’ve already heard, Exorcist actor Alfonso Herrera has joined the cast as a previously unseen member of the Navarro family with an agenda that includes taking control of his uncle Omar’s cartel. Also joining the cast for Season 4 are Adam Rothenberg (Ripper Street), Bruno Bichir (Narcos, The Bridge), CC Castillo (Outer Banks), and Katrina Lenk (Tommy). Meanwhile, Felix Solis (Omar Navarro) and Damian Young (Jim Rattelsdorf) have been bumped into being series regulars.

For those of you who have yet to check Ozark out for yourselves, it’s a dark drama that stars Bateman as a financial advisor turned money launderer for a Mexican drug cartel. After moving his family to Missouri, they find themselves entangled in a struggle for power that threatens their lives at every turn. As the series continues, Marty and Wendy Byrde’s children get involved in the family business, and business isn’t always good.

Are you excited for Ozark Season 4 Part 1? Do you think the Byrdes will survive the final season of this intense series? Let us know in the comments section below.