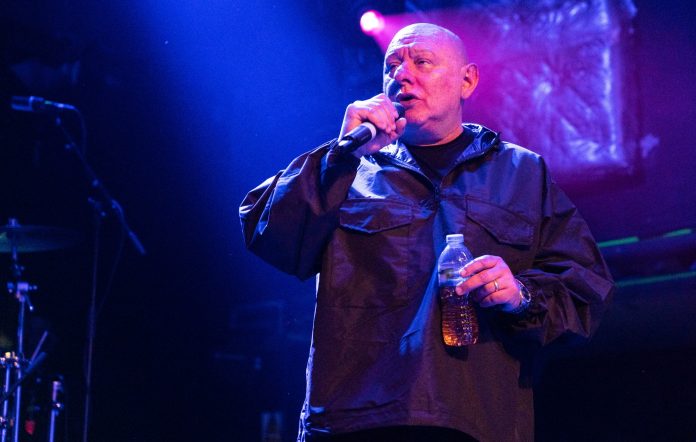 Shaun Ryder made an appearance on today’s This Morning to participate in a phone-in about UFO sightings.

The Happy Mondays frontman, who is a longtime alien enthusiast, joined hosts Holly Willoughby and Phillip Schofield on the sofa to chat about his own extraterrestrial experiences.

He claimed early in the interview that his first sighting occurred when he was 15 years old, “long before all my encounters with hallucinogenics”. Later, Ryder looked back on when he was making the 2013 documentary Shaun Ryder On UFOs .

“I looked out in my back garden and over my apple tree there’s this big – well, when I say big [it was] about 20 by 10ft – plastic Airfix-looking wobbly thing,” he said. “It looked like it was hanging there on strings because it was moving [side to side].”

Explaining that he thought the encounter was a prank by the doc’s producers, Ryder went on to remember a “buzz of energy” emitting from the UFO. “I’m watching this thing and it started to make a cloud,” he said.

“The cloud got bigger and bigger and it went off really slow[ly],” Ryder concluded.

Watch the full interview below.

Following the conversation on his own experiences, Ryder was roped into a phone-in with a range of viewers who claimed to have witnessed their own strange sightings – some more convincing than others.

Fans soon took to Twitter to share their thoughts on the unexpected segment, with one describing it as “TV gold”. Another viewer wrote: “Shaun Ryder hosting a phone in about UFO’s on This Morning seems quite comforting and normal all things considered.”

Elsewhere, a third likened the appearance – dubbed ‘Shaun Ryder On Alien Encounters’ – to an idea dreamt up by Alan Partridge.

You can see those reactions and more below.

Back in February Ryder claimed that his home was still being invaded by aliens. “It is how it is, they’re fucking here – they were here ­before us, probably,” he said.

Meanwhile, Ryder said recently that his forthcoming collaboration with Noel Gallagher has a “Black Grape vibe”. The team-up was first revealed to NME in April by Ryder’s Happy Mondays bandmate Bez.