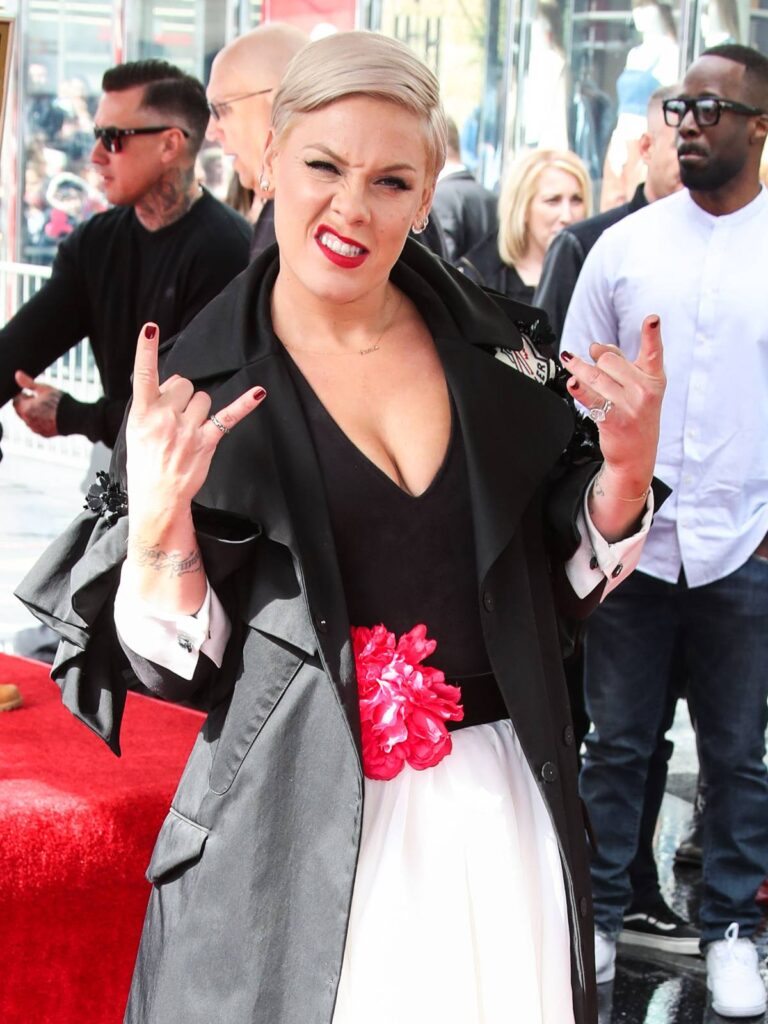 I haven’t written about Pink in a long time. I’m not sure this is the story I wanted to come back with. Rolling Stone Magazine decided to put out a retrospective and list their opinion on the 25 Best Performances from the Grammys. The Grammys have been televised for 49 years (they’ve been around since 1959 but were not televised until 1973). That’s a lot of performances to pass judgment on. One would think if anyone is qualified to do it, it would be a music-devoted publication such as Rolling Stone. Pink does not agree. In possibly related news, Pink did not appear anywhere on their list of the 25 Best Performances. When RS posted their list to Instagram, Pink decided to respond to the snub in the comments by calling them irrelevant and sellouts.

“Bahahahaha you guys have been irrelevant since 1990,” she wrote in the comments on an Instagram post promoting the article.

She continued in the comments, “This is the magazine that used to feature people like John Lennon and Muddy Waters. Hunter S Thompson wrote political pieces- they put Tina Turner on their cover. Then they sold out and all credibility went to s**t when ‘style over substance’ and ‘revenue over authenticity’ went into play.”

Pink criticized the magazine for their current coverage and content, including writing about reality TV stars.

“That’s when Snooki became acceptable coverage. Give me a f–king break. Do your homework. You don’t have to like me or my music or anything about me- and believe me I could give a s–t- but this is the biggest sellout in f–king history when it comes to a publication we all once trusted,” she said. “F–k rolling stone. And I’ve felt that way for decades as so many of my favorite artists and my peers have,” she added. “This isn’t just about their horrendous opinion of ‘rating Grammy performances’. It’s decades of wasting Trees and people’s time.”

[From ET Canada via DListed]

I think there are a couple of things true here. Rolling Stone is not the magazine it once was. It used to have some of the best counter cultural writing in circulation, on par with Playboy for its interviews and articles. The content today is more mainstream and, although not bad writing, pablum for the masses. And even though I am certainly not an expert in Grammy performances, I know that Pink has turned in a few memorable ones. I’m sure she deserves a spot on the list. There are others who probably should be there as well. But even though her rant has merit, placing it in the comments on a Best Of list she’s been conspicuously left off of looks like sour grapes. To be clear, it doesn’t bother me that Pink is p*ssed off. I would be too if I’d given a Cirque du Soleil performance while still singing not to even get an honorable mention. But Pink’s trying to say RS’s opinion doesn’t matter because they’re irrelevant and wasting people’s time. One might argue expending this much energy over not being recognized by them gives them relevance.

Following her comments, Pink posted the photo below of her performance at the 2016 Grammys. Like I said, many things are true here. 1) RS made a subjective list that neglected people who deserved to be on it. 2) RS is not the magazine it once was. 3) Pink has turned in great Grammy performances and deserves a spot on the list. 4) Pink absolutely cares that she was not included on the list. 5) Covering Snooki is not the reason RS is irrelevant – she’s actually kind of fun so there’s no reason to pick on her to trash RS.