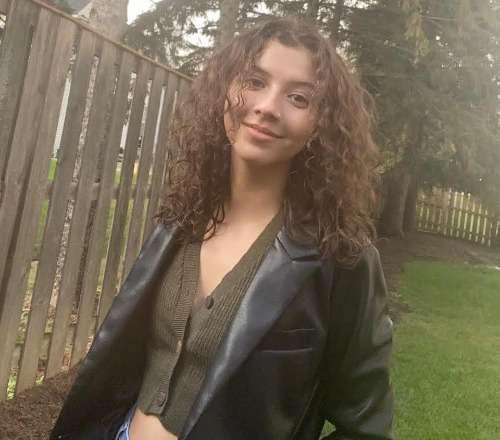 From Hillary Clinton to Rudy Giuliani, she's one of the greats.

To celebrate, I'm looking back at just a few of her iconic moments throughout her run on the show:

In this recurring Weekend Update appearance, Kate plays Supreme Court justice Ruth Bader Ginsburg. Ginsburg drops by the Update desk to offer her own thoughts and feelings about current events, like the appointment of Supreme Court associate justice Neil Gorsuch. Throughout, Ginsburg will also make a joke at the expense of someone else before saying, "That's a Gins-burn" and beginning to dance as music plays.

Though this impression was typically seen during Weekend Update, McKinnon's Ginsburg was also featured in an "RBG Rap" performed by fellow cast members Chris Redd and Pete Davidson. After Ginsburg's death in 2020, Kate paid tribute to the justice at the end of Weekend Update, where McKinnon as Ginsburg was seen sitting in the audience, looking into the camera.

In this recurring sketch, Kate plays Ms. Rafferty, one of three subjects being interviewed by the US government after having an alien encounter. While the other two subjects (usually played by Cecily Strong and the episode's host) describe a beautiful and life-changing experience, Ms. Rafferty's experience is less than ideal, as her alien encounter gets pretty chaotic and a bit X-rated.

Not only is this character hilarious for the audience to watch, but it's also typical for McKinnon to cause fellow cast members and even the host to break and start laughing mid-sketch — which, of course, only makes everything funnier.

3. Justin Bieber explains why he egged his neighbor's house on Piers Morgan Live and appears in a Calvin Klein advertisement.

Though it was an impression that emerged early in her time on Saturday Night Live, Kate's Justin Bieber was a guaranteed laugh in sketches like a parody of the actual Bieber's "My Calvin's" advertisement, as well as a contestant on Celebrity Family Feud.

Coincidentally, Justin Bieber actually hosted the show in 2013, where he played himself in search of body doubles for a concert but struggled to find anyone who looked similar to himself. He does point out Kate, actually playing Ellen DeGeneres, as the closest lookalike.

Possibly her most well-known impression, this character got a lot of runtime during the 2016 presidential election, and even afterward. Typically, this character was played across from Alec Baldwin's Donald Trump, as most sketches focused on debates between the two candidates.

While the role was mainly comedic, McKinnon also took a moment after the results of the 2016 election to get serious and opened the show as Clinton, performing Leonard Cohen's "Hallelujah." She ended the song, turned to the camera, and said, "I'm not giving up, and neither should you."

5. A driver's ed teacher falls down during class and won't get off the ground.

One of the many things that Kate McKinnon is great at is taking a seemingly normal situation and not only making it 10 times more dramatic, but also 10 times funnier.

In this sketch, she plays a teacher who laments on the floor after falling over during a lesson, while her students, played by fellow cast members Pete Davidson, Aidy Bryant, and host Jonah Hill, beg her to get back up. It's such a simple premise, but McKinnon executes it perfectly, and the outcome is hilarious.

In March of this year, Florida's Parental Rights in Education bill, better known as the "Don't Say Gay" bill, passed its final state Senate committee. During the next Saturday Night Live show, Kate appeared as herself to speak on the bill. Though the bit is played comedically as Kate facetiously believes that the bill is outlawing the word "gay" as an insult, the audience erupts in cheers as she says "If the '90s were right and 'gay' means bad, then this is the gayest law I have ever seen."

When she first began on the show in 2012, McKinnon was Saturday Night Live's first openly lesbian cast member and has appeared in a number of sketches, including an "It Gets Better" parody, a music video for Pride month, and a "Fire Island" parody about a group of affluent lesbians.

7. Kate McKinnon and Aidy Bryant play devious sisters in the fake 1955 film What Do You Figure Is Going on in That House?

Aidy Bryant and Kate McKinnon are an incredible comedic duo, especially when they play scheming sisters in this sketch set in the 1950s. They compete for the affections of The Corporal, played by Beck Bennet, while trying to get their much more beautiful sister, played by Jennifer Lopez, out of the picture, with hilarious results.

This sketch was so popular that it actually made a second appearance in 2020 during host John Mulaney's episode.

After the results of the 2020 election, Kate McKinnon appeared as Rudy Giuliani during Weekend Update to discuss strategies for Trump's election lawsuits in states like Michigan. The appearance happened just a day after the Trump campaign's press conference at the Four Seasons Total Landscaping business, which McKinnon poked fun at. During this bit, Kate as Giuliani also announces that he will return to New York, which prompts a pile of lettuce being thrown into his face.

9. Ellen DeGeneres hosts an episode of her daytime talk show.

As one of her most popular impressions, Kate McKinnon often spoofed episodes of Ellen's show in SNL sketches. She also lent the character to digital sketches like "Jurassic Park Auditions" and a 2018 Oscar Host Audition sketch where McKinnon, as Ellen, says "I haven't done anything controversial in my life," a line that even Saturday Night Live didn't know would age poorly.

A frequent guest on the Ellen show, McKinnon was actually able to do her impression of DeGeneres in front of her, with the actual DeGeneres calling McKinnon "hilarious." At the 2020 Golden Globes, Kate McKinnon actually presented Ellen with the Carol Burnett Award for Achievement in Television.

10. Dr. Wenowdis stops by the Update desk to discuss the pandemic and give anchor Colin Jost a routine physical.

Dr. Wenowdis was usually brought onto the Weekend Update desk to offer a second medical opinion about things like the COVID-19 pandemic and the vaccine distribution, though most questions from Update anchor Colin Jost were typically answered by, "We know this," a play on the character's name as well. This bit ends with some genuine laughter from McKinnon and Jost, who asks her "Kate, are you okay?" To which Kate, as herself, replies, "I'm obviously not."

The character is fun, silly, and a bit too relatable, as Dr. Wenowdis reflects the uncertainty that a lot of us felt during the beginning of the pandemic, and even today.

11. Barbara DeDrew shows off adoptable cats in a Whiskers R We commercial.

In this recurring sketch, Kate played Barbara DeDrew, owner of Whiskers R We. She, along with host Charlize Theron, use the sketch as a commercial to advertise a number of cats available for adoption. This piece is full of cat puns and hilarious descriptions of each cat's personality that gradually get wilder and wilder as the sketch goes on.

12. Debette Goldry explains what Hollywood was like for women in the early days of Hollywood.

This original character, Debette Goldry, starred opposite actual Hollywood actors like Emma Stone and Jennifer Aniston during a Women in Film panel. While the other actors discussed current issues affecting women in film like pay discrepancies and not being taken seriously, Goldry, a Hollywood legend, shares a few of her typical problems in an older film set, like being forced to eat arsenic to make your skin pale.

As the sketch continues, the other actors get more and more confused by Goldry's recollections, while Goldry herself sees nothing abnormal about it.

Who's your favorite Kate McKinnon character not mentioned on this list? Let me know in the comments!