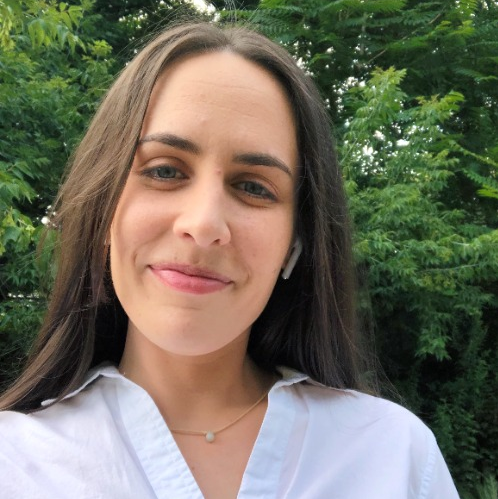 The title for Harry's House was inspired by Haruomi Hosono's 1973 album, Hosono House. "When I took that title [and] put it to the songs we were making, it felt like it took on this whole new meaning," Harry Styles said.

The album is full of songs about mindfulness, love, confusion, and joy, and fans have already memorized all the lyrics to them. 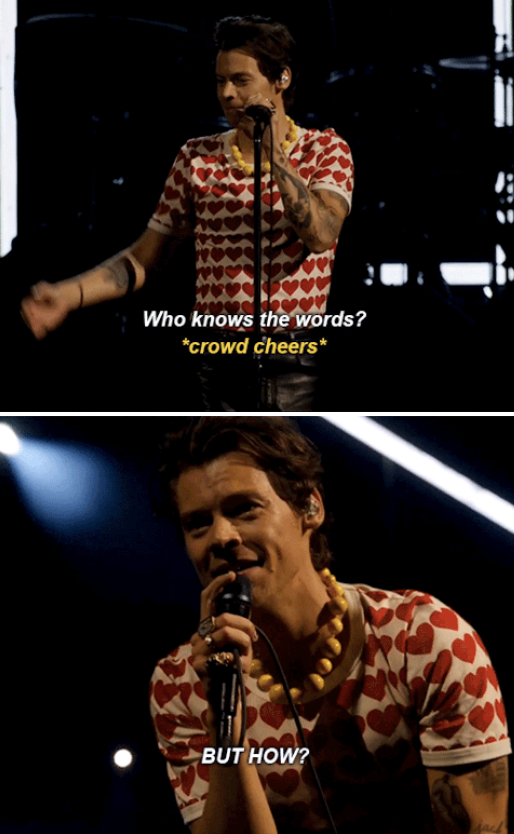 Even though Harry Styles is known for being a private person, he's been promoting the album on outlets like Apple Music, NPR, and Better Homes and Gardens, going into detail about making his third studio album. 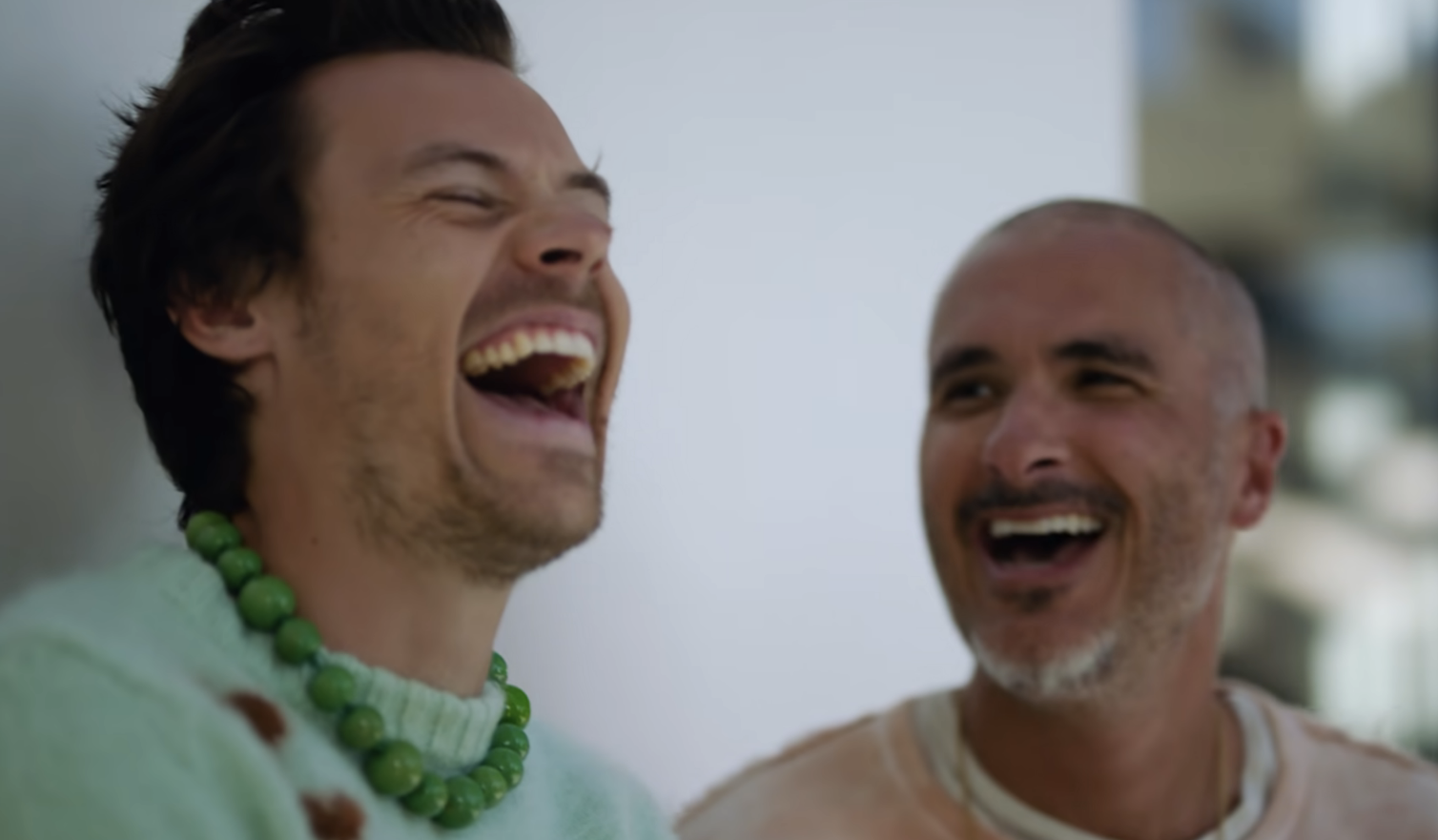 So, here are some intriguing behind-the-scenes facts about Harry's House that we know so far: 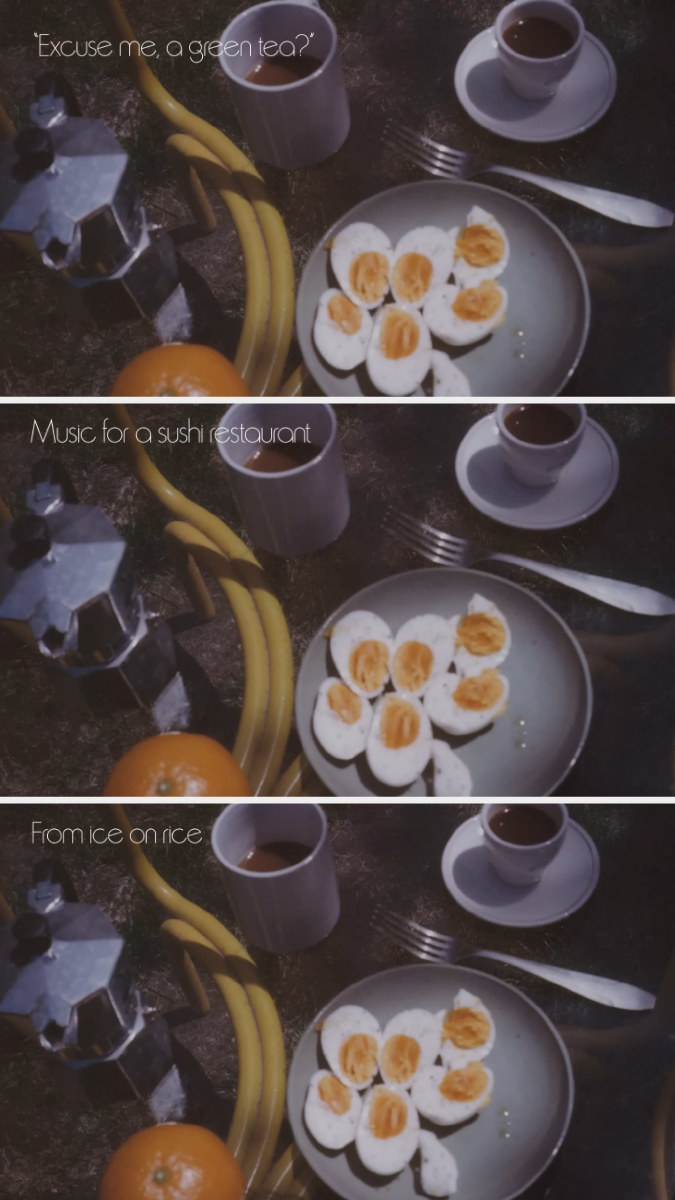 2. The seventh track on Harry's House, "Matilda," was inspired by Roald Dahl's famous character, Matilda Wormwood. Styles said: "The disguising element was we'll disguise [the song as] if you were speaking to Matilda now that she's grown up, who's been mistreated by her family. How would you speak to her?" "Matilda" was also inspired by Styles' friend who was going through a hard time, and he approached the situation in a mindful way. "People have so much guilt with things that they don't necessarily need to have guilt with sometimes. I think it's your right to protect the space around you and be protective of yourself and look after yourself. 'Matilda' means so much to me — it was a moment where it's not my place to make someone else's experience about me. It's just wanting to reassure them that I was listening." 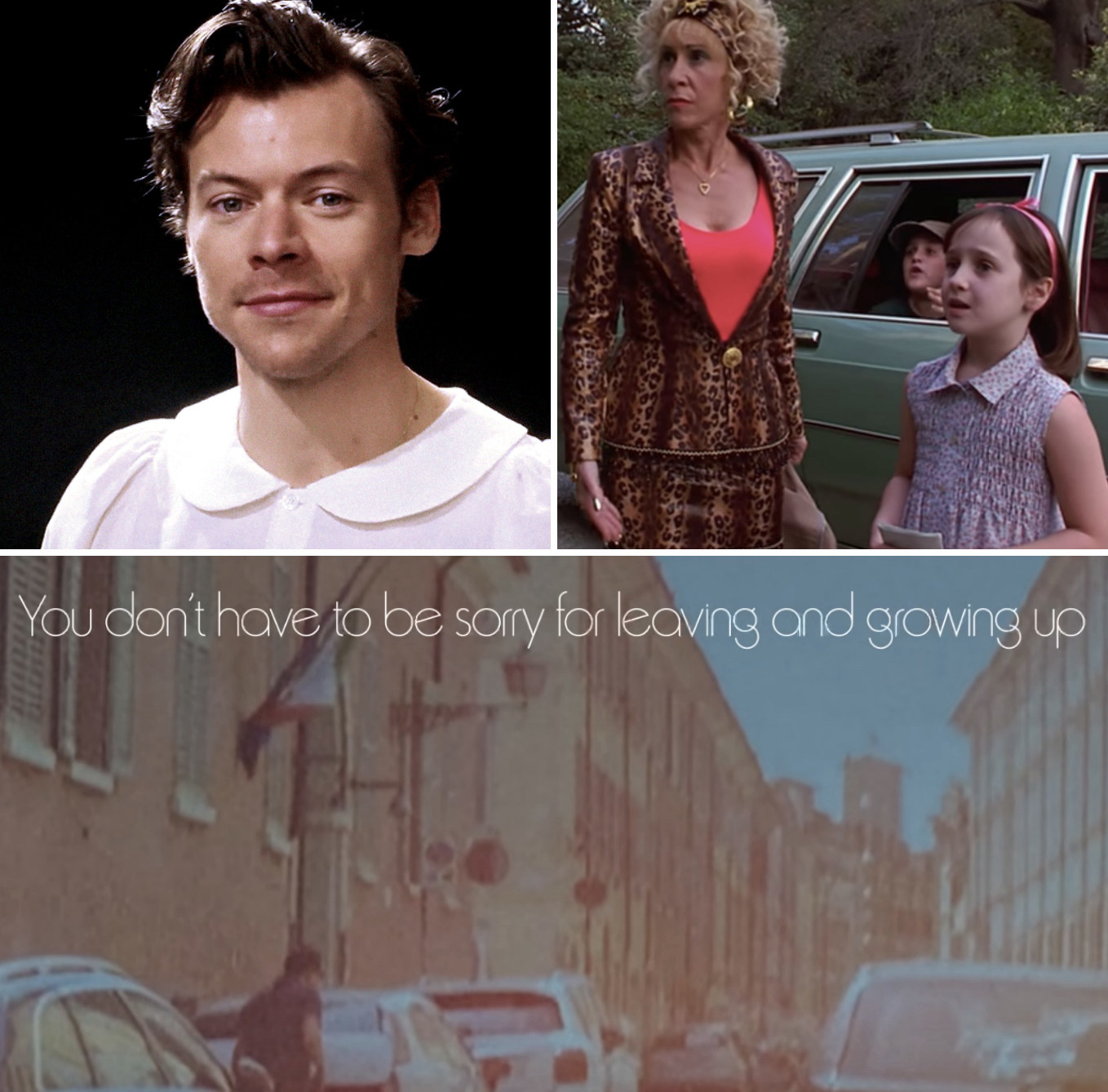 3. He went on to say how much he enjoyed writing "Matilda," especially because it didn't revolve around his own life experiences. "I like that it was this personal story to me, about someone else, and being able to say: 'This thing is more important than me just making music about myself — because I think it could mean more to you and a lot more people.'" When he played "Matilda" for a couple of his friends, they cried, and he believed "this is something to pay attention to."

4. "As It Was," Styles' first lead single from Harry's House, has 136 million views on YouTube and over 507 million streams on Spotify. It's become a viral sensation on TikTok for good reason, with users compiling videos and images of their personal growth accompanied by the song. In his interview with NPR, Styles revealed the true meaning behind the mega hit. "I think for me, 'As It Was' is about metamorphosis and kind of losing yourself, finding yourself, and embracing the fact that life hits you at different times when you [don't] expect it," he said. "You know — change is scary." 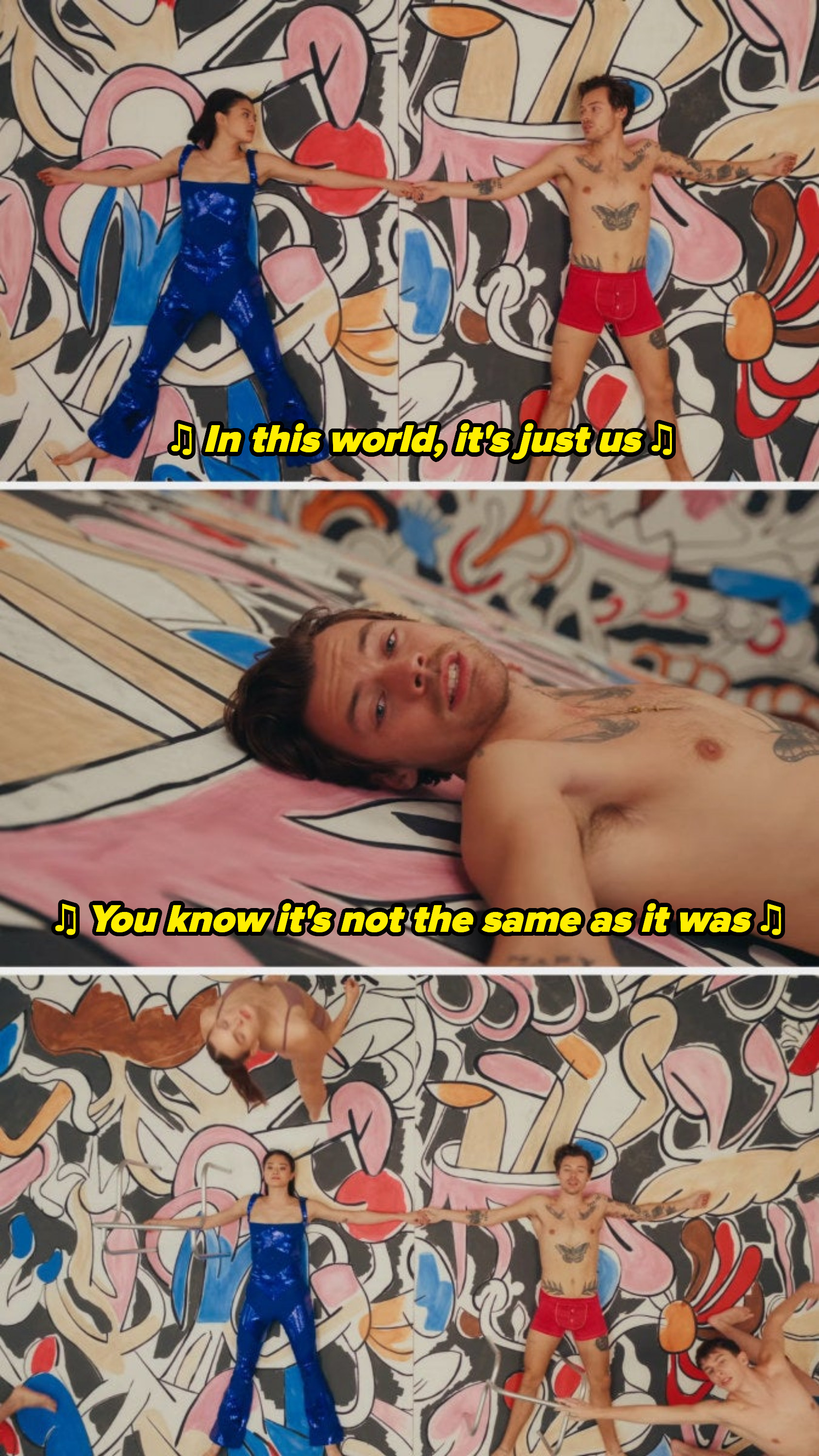 5. And funnily (slash scarily) enough, Harry Styles told Zane Lowe during his Apple Music interview that "As It Was" almost didn't make it onto the album. "I remember I played some songs to [CEO of Sony Music] Rob Stringer when I was getting close to feeling like [Harry's House] was getting somewhere, and 'As It Was' was the last song I played as part of the added bunch. I was like: 'I don't know if this'll be on the record or anything.' That kind of uncertainty is always the best." 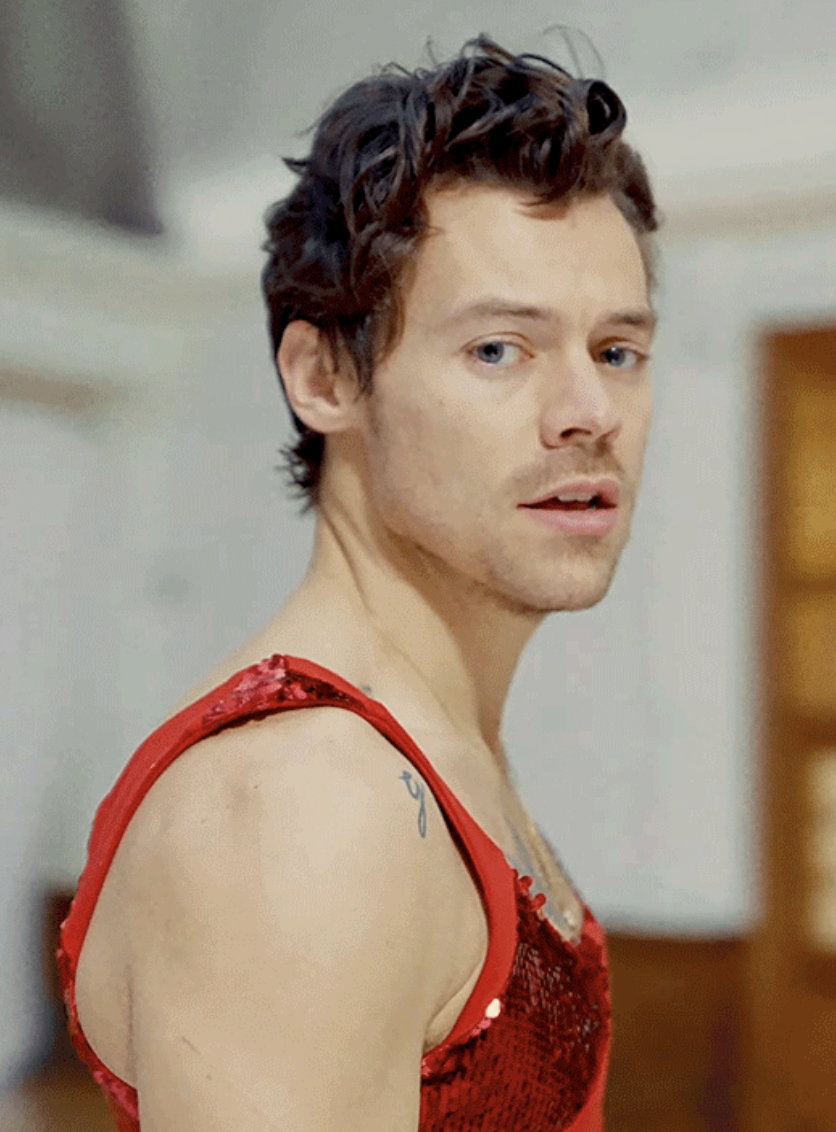 He also revealed to Lowe that "putting out the first single from this album was far and away the most relaxed I've ever felt putting anything out. I no longer feel like my overall happiness is dependent on whether a song goes [up] or goes [down]."

6. The title for Harry's House was inspired by Haruomi Hosono's 1973 album Hosono House. Styles told Zane Lowe: "When I took that title [and] put it to the songs we were making, it felt like it took on this whole new meaning. It was about: 'Okay, imagine it's a day in my house — what do I go through? A day in my mind — what do I go through?'" When it comes to writing and producing music, Styles has notoriously drawn inspiration from his favorite artists from the '70s, like Joni Mitchell, so it's no surprise that Haruomi Hosono influenced the title of Harry's House. 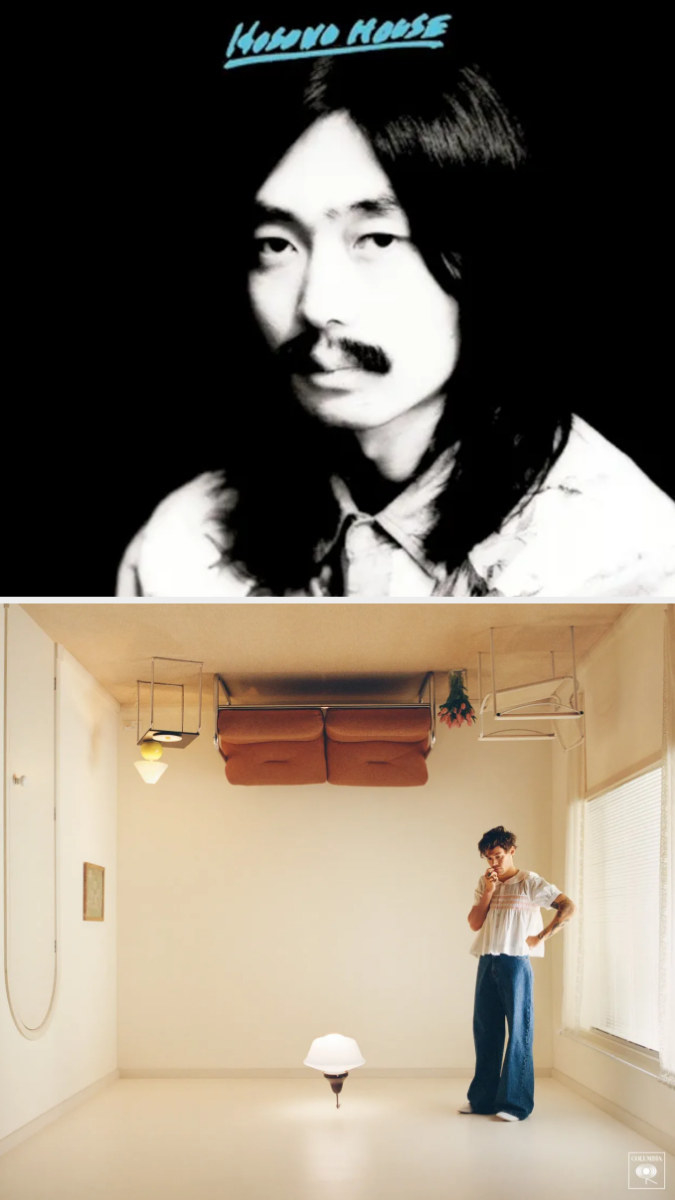 Initially, Styles wanted the title Harry's House to be taken literally, with no alternative meaning behind it. "In the spirit of what Harry's House is about, it was very kind of literal — it was very on the nose. I wanted to make an acoustic EP and make it all in my house, make it really intimate," he said. He changed the concept of the album when he started recording in multiple studios throughout the pandemic, and stuck to Hosono's influence.

7. The first song Styles wrote for Harry's House was "Late Night Talking." When he and his songwriters, producers, and band moved into Shangri-La studios in Malibu, Styles and Kid Harpoon got to writing on the very first day. "There was one moment of groove where it felt like there was a couple of songs that we did in a row where it was like: 'I don't know if these are good or bad, but I really like them,'" he said. "[Kid Harpoon and I got] there early, and we wrote 'Late Night Talking.' I think by doing that, we just got to make the whole rest of the album being like: 'We have that.'" 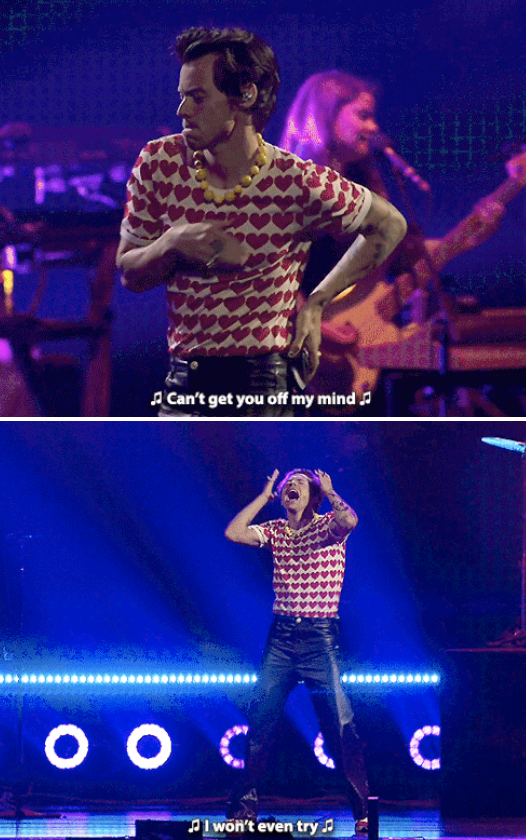 8. In an interview with Better Homes and Gardens, he went into detail about making Harry's House and how deeply the pandemic affected his mindset and creative process. "I think everyone went through a big moment of self-reflection [during the pandemic], a lot of navel-gazing," he said. "And I don't know if there's anything more navel-gazing than making an album." When it came down to the overall concept of the album, he explained: "I realized that that home feeling isn't something that you get from a house — it's more of an internal thing. You realize that when you stop for a minute."

9. When recording Harry's House, Styles took a break from listening to popular music and honed in on other genres instead. "I started listening to classical stuff and instrumental stuff," he said. He described recording Fine Line as "keeping things safe," but for his third album, he wanted to step out of his comfort zone. Styles said instrumental music influenced this album greatly and allowed him to experiment with instruments rather than just vocals. "I think the fun thing is listening to [jazz pianist and composer] Bill Evans or [composer] Samuel Barber and Swan Lake," he said. "I feel like you could reference things by the emotions they evoke." 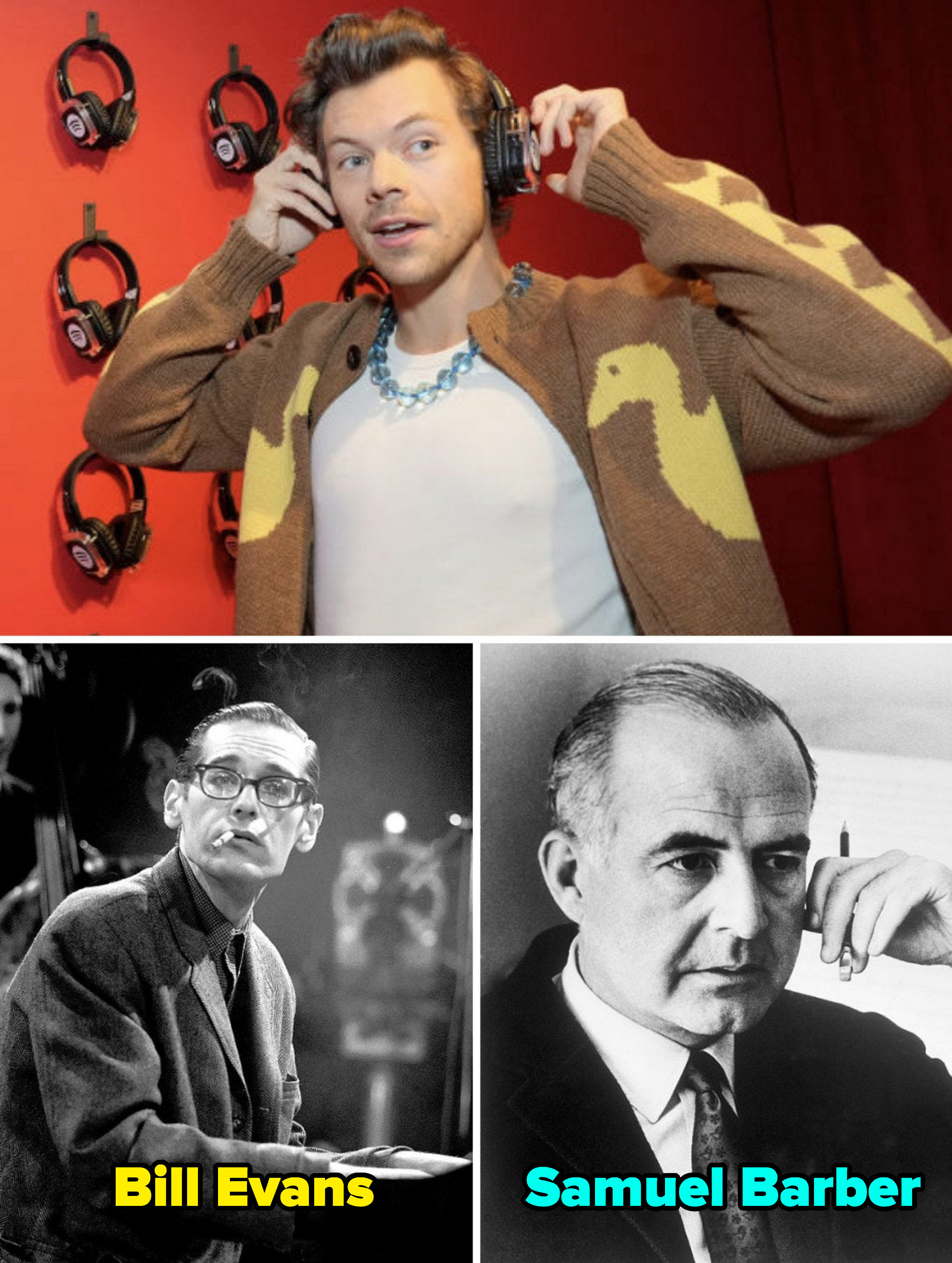 10. During the last week of the Fine Line recording sessions, Harry Styles and his band recorded hits like "Treat People with Kindness" and "Adore You" at the last minute. After finishing "Lights Up," Harry started writing "Boyfriends" because he wanted a mellower sound ("Boyfriends" ultimately ended up on Harry's House). "It almost felt like there's a version where we get this ready to put on this album," he said. "I think there was something about it where it felt like it's gonna have its time, so let's not rush to get it done." Styles performed it for the first time at Coachella in 2022, where the crowd was silent, hanging onto his every word. On the album, singer-songwriter Ben Harper played guitar, which naturally made Styles geek out. 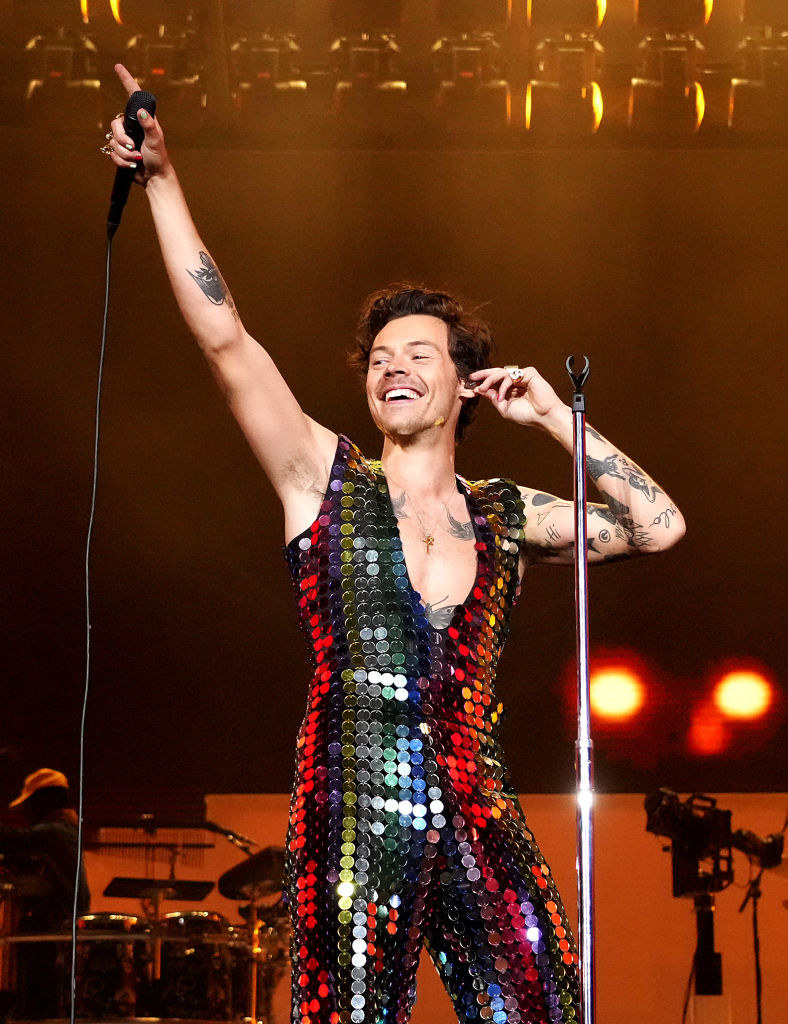 11. When he embarked on Love on Tour in 2021 after a year and a half of postponements, he was already done recording Harry's House. "I had finished this album, and I got to play [Fine Line] songs with knowledge of what was next," he said. "I felt like I had a secret the whole time!" Styles described the downtime he had during the pandemic as beneficial because he wasn't touring — he didn't feel burnout, and he was able to focus on the quality and sound of his songs. "I thought about [recording Harry's House] like: 'If you asked anyone if they could go back to when they felt the best about making music, would they have made another album or done another tour?' And I feel like everyone would take another album — [it's a] moment where I feel like I can make stuff freely and feel really good about what I'm making."

12. Styles and his crew pulled an all-nighter to finish recording the fifth song on the album, "Daylight." "'Daylight' was like: 'We have to find a way to stay awake and finish this because if we all go to bed, then this [isn't] gonna turn out [the way we want it to],'" he said. "We powered through on that one." After they were done recording, Styles revealed they all "went to the beach" as "the sun was coming up." In the end, he said: "It felt correct we had finished it [overnight]."

13. And on The Howard Stern Show, he shut down the rumor that "Daylight" is about his ex-girlfriend, Taylor Swift. On Swift's 2019 album Lover, she also has a song titled "Daylight" (this sparked a big conversation among Styles and Swift fans). Styles told Stern: "You know, I'd love to tell you you're spot-on, but you're not — we will always wonder." 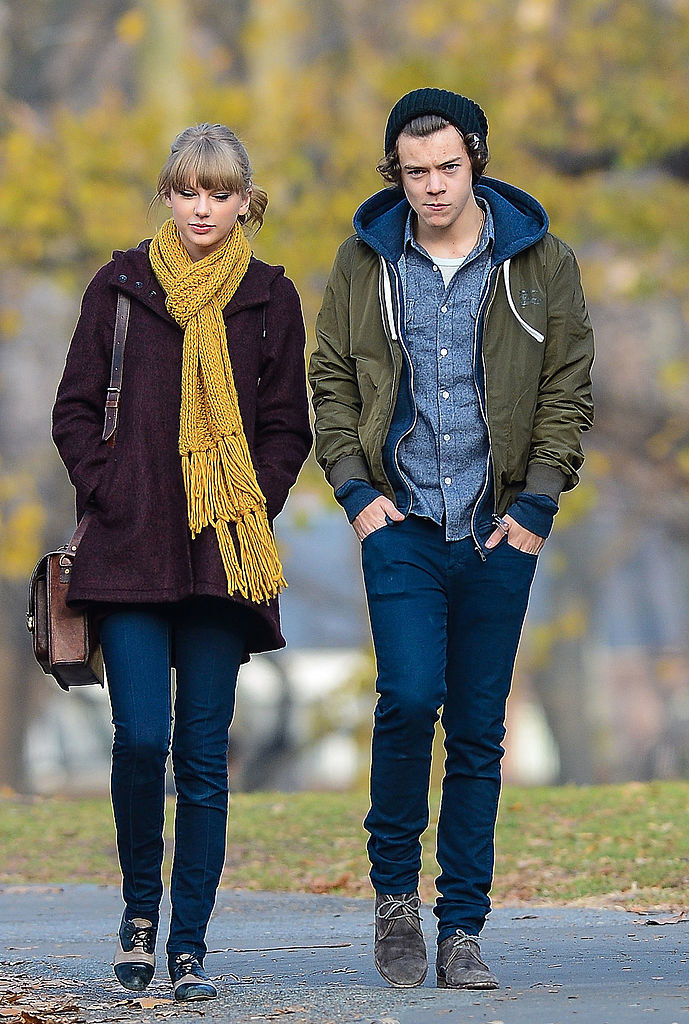 14. Styles described his songwriting process as complicated — he typically feels self-doubt, fear, and joy when it comes to finalizing the sound of his music. "The songs, when I wrote them, they made me feel so uncomfortable, 'cause I was like: 'I don't know what it is — I don't know,'" he said. "I can't tell if I love it or if I hate it — that's just, like, the funnest place to make music."

15. The final track on the album, "Love of My Life," is literally about Harry's home: England. "I always wanted to write a song about home and loving England, and it's always kind of hard to do that without being like [jokingly waving the UK flag]," he said. "But to me, 'Love of My Life' was definitely the most terrifying song for a long time 'cause it's so bare — it's so sparse."

16. And while recording Harry's House, Styles confirmed that it was the most free he's ever felt while writing music, as opposed to his first album, Harry Styles (2017), and his second album, Fine Line (2019). "It doesn't feel like my life is over if this album isn't a commercial success," he said. "I just want to make stuff that is right, that is fun in terms of the process — that I can be proud of for a long time. That my friends can be proud of, that my family can be proud of, and that my kids will be proud of one day."