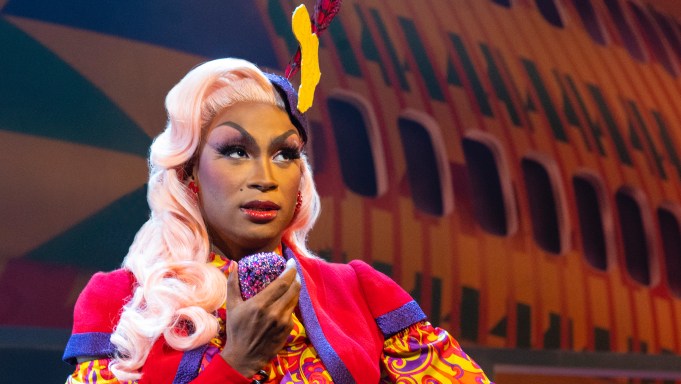 Acclaimed ‘Ain’t No Mo’‘ Sets Closing; After ’KPOP’ It Becomes The Second Racially Expansive Production To Find No Lasting Welcome On Broadway

For the second time in a week, Broadway is losing a worthy production that attempted to find an audience that encompassed but reached beyond the usual white, middle-aged demographic: Jordan E. Cooper’s Ain’t No Mo’, the often visionary, relentlessly brilliant and forever fearless take by its Black creators and performers on the stubborn subject of race in America will close next week.

Producer Lee Daniels, who has championed the show since an acclaimed Off Broadway run in 2019, has announced that Ain’t No Mo’ will play its final performance on Sunday, December 18 at the Belasco Theatre. The production will have played just played 22 previews and 21 regular performances since its first Broadway preview on Nov. 9.

The announcement comes just days after KPOP , a musical celebrating the Korean pop musical genre known as K-pop, and featuring a young Korean cast, many making their Broadway debuts, confirmed that it would play its final performance on Sunday, December 11, at Circle in the Square Theatre. It will have played only 17 regular performances after 44 previews.

Both productions struggled at the box office in their few playing weeks. KPOP last week took in a tiny $126,493 at the Circle in the Square box office, filling about 72% of seats with ticket prices so low the average was $32.06, an unfeasible situation for a sustained run.

Ain’t No Mo’ was in a similar bind. Last week the production – a series of outlandishly funny and deeply affecting sketches that posit a future when the American government sends Black citizens back to Africa – took in only $120,901 at the box office, willing 69% of seats at the Belasco with an negligible $21.36 average ticket price.

Said producer Daniels, “When I first saw Ain’t No Mo’, it shook me to my core. I know firsthand how this world – and industry – doesn’t always embrace our stories and I vowed to do everything I could to bring Jordan’s riveting play written in his distinct voice and perspective to Broadway. It was my intention to make history with this play. I’m proud to say we did. Jordan E. Cooper is now the youngest Black American playwright in Broadway history with Ain’t No Mo’. I couldn’t be more proud of our magnificent cast and crew. This is not the end.”

For its part, KPOP too made history: The musical was the first Broadway production to feature Korean stories written by Korean American creatives, along with 18 cast members, all of AAPI descent, making their Broadway debuts.