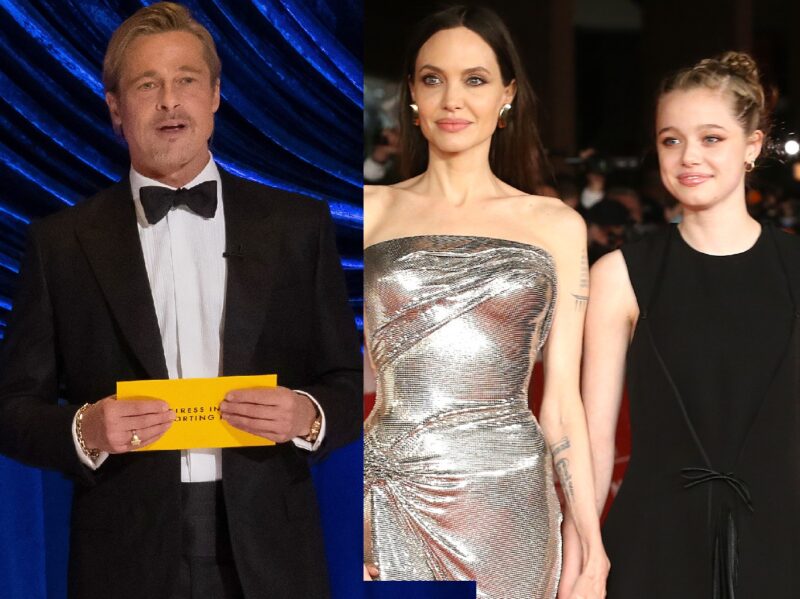 Is Angelina Jolie keeping Brad Pitt away from their children? One tabloid claims the former power couple won’t share a room together, not even for Shiloh’s 16th birthday party. Let’s check in on the estranged exes.

This week, the National Enquirer reports Angelina Jolie has her and Brad Pitt’s children “under lock and key” until they’re eighteen. According to the article, Jolie banned her ex-husband from their daughter Shiloh’s recent 16th birthday party. “Brad is only allowed to see Shiloh by appointment and just for a limited time when she’s shuttled to his estate by a driver and security guard of Angelina’s choosing,” an insider divulges. “That’s heartbreaking for Brad as well as Shiloh.”

And sources say it doesn’t look like Jolie is going to compromise any time soon. “It’s very evident that Angie is going to keep up this tactic right until the kids are all past 18,” the tipster attests. “Nothing Brad says or tries to do will change her stance, even if it means misery all around.”

There are a few things to note about this report. We’ll admit that the magazine is right on one count: Angelina Jolie has full custody of her children, and Brad Pitt has limited access to his kids. With that in mind, it’s totally possible that Pitt didn’t make it to Shiloh’s sweet sixteen. As upsetting as that reality may be to some, that’s just how their custody arrangement is hammered out at the moment.

But we’re highly skeptical that the magazine knows anything about Jolie and Pitt’s lives that isn’t already readily available to the public. The Jolie-Pitt family makes extensive efforts to protect their privacy. We have absolutely no idea how Shiloh spent her 16th birthday or who she spent it with, and we’re sure that’s just the way her family wants it. So, no, we aren’t buying this dubious tipster’s testimony, and fans of the A-listers shouldn’t either.

The Magazine On Angelina Jolie

The National Enquirer has been especially harsh towards Angelina Jolie since she and Brad Pitt called it quits. Late last year, the outlet reported Jolie was setting a bad example with her “skeletal” looks. Then the magazine claimed Jolie was causing her children emotional damage with her custody battle. And more recently, the publication alleged Jolie was making her children uncomfortable with her celebrity dates. Obviously, the Enquirer doesn’t really have any insight into Jolie’s personal life.