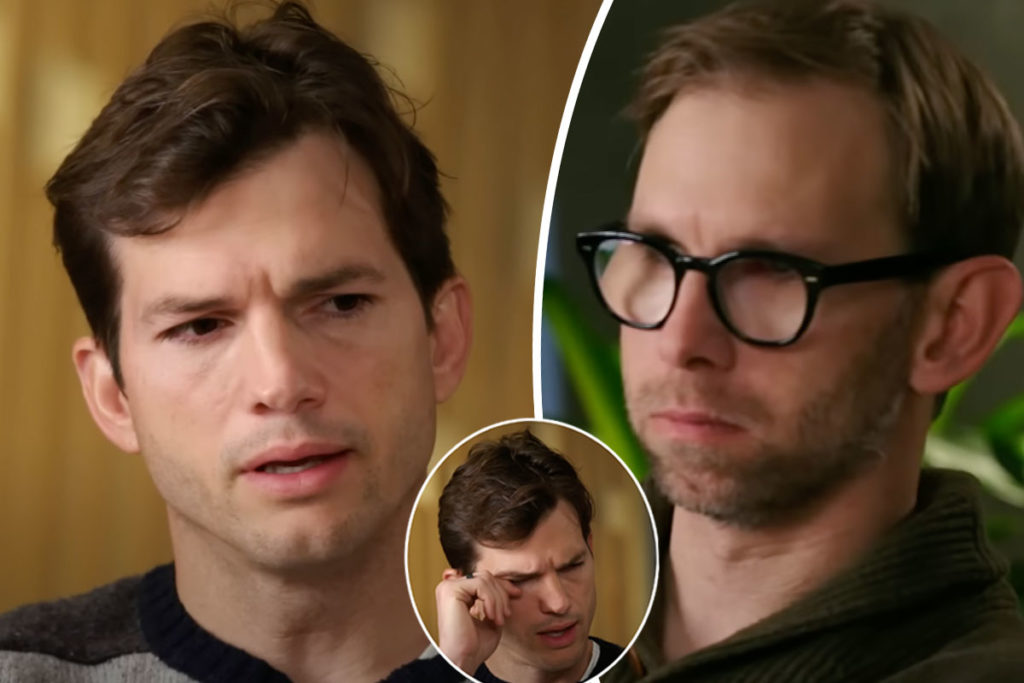 Ashton Kutcher and his twin Michael Kutcher are laying it all out in an emotional new interview.

In a promotional clip for Paramount Plus’ forthcoming show, The Checkup: With Dr. David Agus, released on Monday, the brothers dive into their formerly estranged relationship — and what exactly led up to it. When asked, “Why did you drift apart?” Michael regretfully confessed:

“Jealousy for sure, at least on my part.”

Ashton opened up about how his own success left him feeling guilty as his brother struggled with multiple health issues throughout the years:

As defined by the Mayo Clinic, Cerebral palsy is, “A group of disorders that affect movement and muscle tone or posture. It’s caused by damage that occurs to the immature, developing brain, most often before birth.” We can definitely see where Ashton’s guilt was coming from — especially given the fact that they’re TWINS, yet face such vastly different circumstances. The Thorn co-founder continued:

“There was a moment in all of this where I moved to New York and was starting to get some traction with my career and Mike came out to visit and stay and he looked at me and he said, ‘Every time you feel sorry for me, you make me less.’ He said, ‘This is the only life I’ve ever known, so stop feeling sorry for the only thing I have.’ And that then created an entire shift back to where I think we are today, which is straight up equals. That’s it.”

Heavy words from someone who has dealt with so much… But it sounds like it was exactly what Ashton needed to hear. See the full clip (below):

Ahead of the show’s release, Entertainment Tonight spoke with the featured doctor, who recalled the brothers’ touching interview:

“Just watching the interactions of Ashton with his brother rehashing what happened when his brother went into heart failure from a virus — a viral infection caused his heart to swell up and not work and so unless he would have a transplant within days he would’ve died — and Ashton rehashing those memories of, you know, the person he loved most in the world, his brother, going through this and he wasn’t able to… Could you imagine, you can’t just push your brother along? He had helped his brother with cerebral palsy and some social issues at school but now here’s an issue that he can’t fix and watching that emotion pour back was really powerful.”

Related: The REAL Reason Ashton Would Never Return To Punk’d

“Obviously emotional now bringing it up decades later with his brother by his side was powerful. His brother lives in Colorado, has a remarkable normal life despite having these setbacks now and is able to live with those things that he went through and has an amazing family and is very successful.”

We can’t wait to hear more about Ashton and Michael’s powerful journey to where they are now. The show’s first three episodes premiere Tuesday on Paramount Plus. Will you be tuning in? Let us know in the comments and see the full, star-studded trailer down below!

[Images via Paramount Plus]