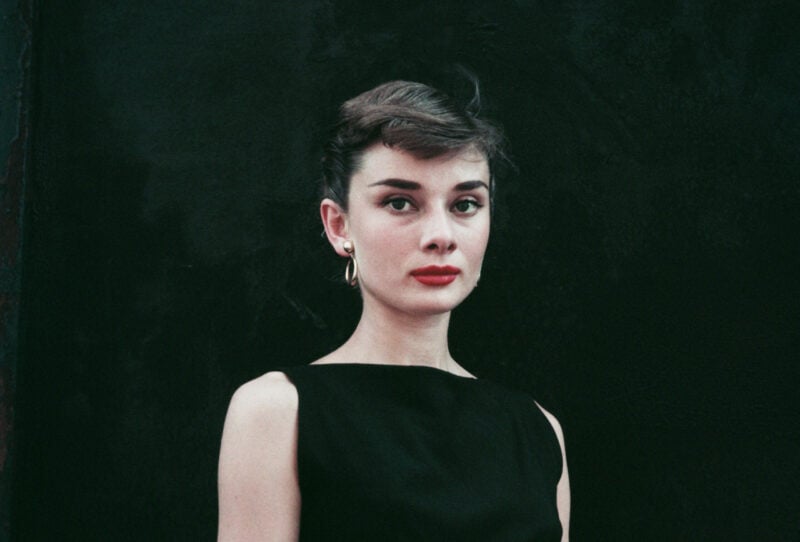 Suggest participates in affiliate programs with various companies. Links originating on Suggest’s website that lead to purchases or reservations on affiliate sites generate revenue for Suggest . This means that Suggest may earn a commission if/when you click on or make purchases via affiliate links.

Audrey Hepburn was recognized for her innate elegance, exquisite style, and heart-warming personality. But, her appearance didn’t escape close scrutiny. Despite her unquestionable talent and timeless beauty, her strikingly slim feminine figure was a constant controversy.

Her notoriously thin figure, often misconstrued as the result of an eating disorder, has remained a hallmark of the oscar-winning actress. But, her family wants to put those rumors to rest, claiming her diet wasn’t what you would expect. 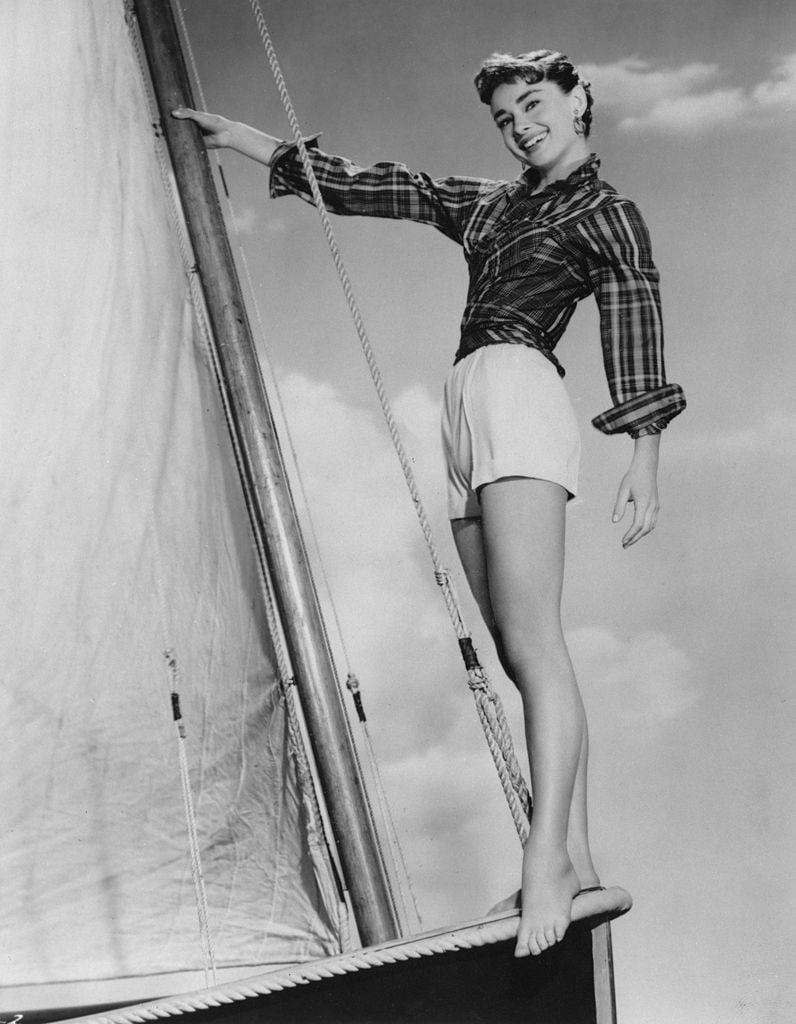 Audrey Hepburn on the set of the film ‘Sabrina Fair’, 1954. (Photo by Archive Photos/Getty Images)

Luca Dotti, her son, points out that while his mother was always ‌thin,‌ ‌it‌ ‌was‌ ‌not‌ ‌due‌ ‌to‌ ‌an‌ ‌eating‌ ‌disorder. “People think because she was skinny that she had an eating disorder, but it’s not true,” he shared in a People interview.

Rather, Dotti suggests that Hepburn’s petite figure stems from something else. ‌Dotti‌ ‌shares ‌that his mother suffered from anemia, which he believes was caused by starvation and malnutrition during World War II. ‌Hepburn nearly starved after Germany occupied Holland when she was 11. ‌In order to survive, she ate plants.

“She survived by eating nettles and tulip bulbs and drinking water to fill her stomach. She was almost 5′ 6” and weighed 88 lbs. She had jaundice and edema,” Dotti said.

In spite of surviving starvation during the war, which her family attributes in part to her lifelong thinness, she nearly died.

“By the end of the war, she was very close to death,” Dotti explains. “She suffered from anemia the rest of her life, possibly as a consequence,” he added.

Hepburn’s son describes how emotional his mother became when she thought about Anne Frank, who was the same age as her. “That was the girl who didn’t make it and I did,” Hepburn would say. “Her voice would crack, and her eyes would fill with tears,” Dotti remembers.

Pasta, Chocolate, And Scotch–All In Moderation

Though the My Fair Lady actress was very slim, there was never any truth to the rumors that she had an eating disorder. She indulged in her favorite foods in moderation while staying active. “She loved Italian food and pasta. She ate a lot of grains, not a lot of meat, and a little bit of everything,” says her son, Dotti.

As a tribute to his mother, Dotti wrote Audrey at Home , in which he wrote, “Mum had a serious pasta addiction. She couldn’t do without pasta.” Hepburn allegedly cooked spaghetti al Pomodoro, her signature pasta dish, every week at home. “Her absolute favorite was spaghetti with tomato sauce. She could live on that alone,” ‌Dotti‌ ‌recalled. 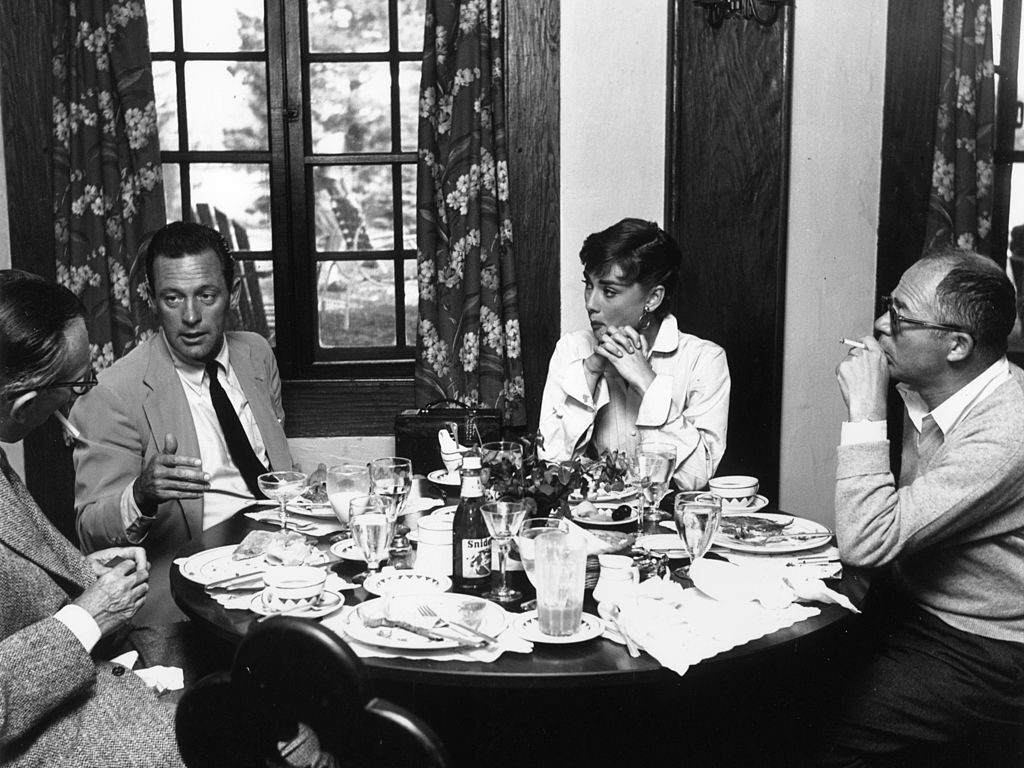 William Holden speaks to Audrey Hepburn and Billy Wilder during a meal on the set of ‘Sabrina’. (Photo by Hulton Archive/Getty Images)

Robert Wolders, her romantic partner from 1980 until her death in 1993, claims Hepburn never stuck to an extreme eating regimen.

“She didn’t diet,” Wolders explained to People. “We had brown bread with jam for breakfast, lunch would be chicken or veal or pasta, often with vegetables from the garden, and for dinner, we often had soup with chicken and vegetables,” he added.

‌With respect to desserts, Wolders remembers how Hepburn always enjoyed two of her favorites‌ ‌in moderation. “She had chocolate after dinner, baking chocolate. She had a finger or two of Scotch at night,” he said.

The Power Of Walking

Although Hepburn was not a fan of dieting, her lifelong passion for exercise surely played a part in her trim ‌silhouette. ‌Wolder remembers her love‌ ‌of‌ ‌walking.

“We’d walk for miles. She could outwalk me,” he admitted. “She had a healthy metabolism, but she was not excessive. She never said, ‘I have to do five miles today,” Wolder added. 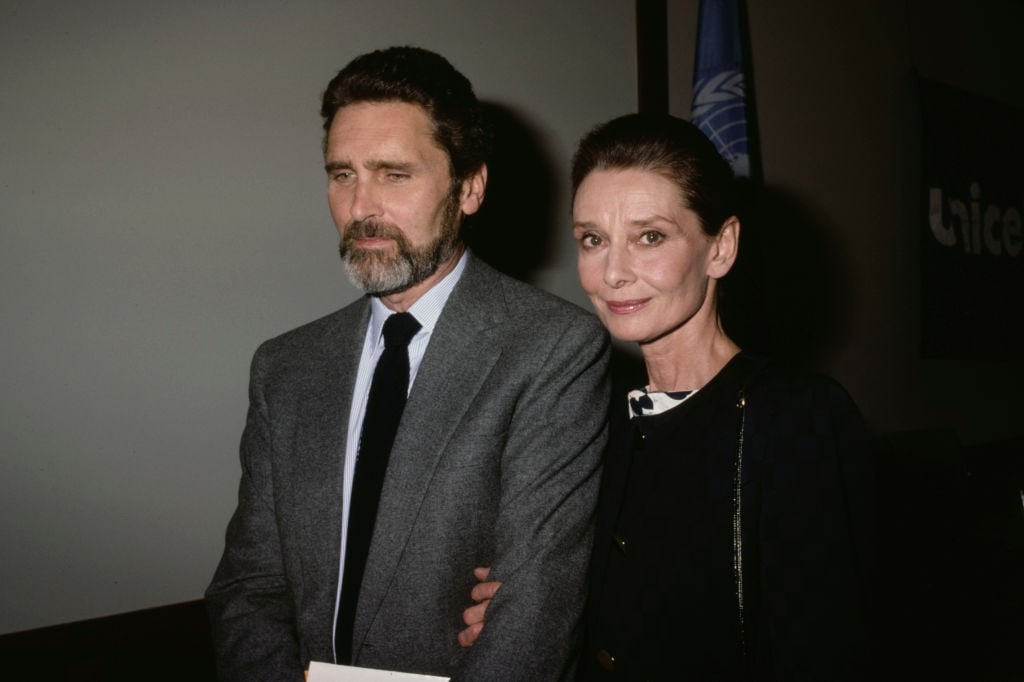 In a similar fashion to her diet, Hepburn avoided extremes when it came to exercising. ‌A healthy lifelong passion for walking enabled her to improve digestion and speed up her ‌metabolism. ‌Besides walking, Hepburn had a great love for dance.

In her youth, Audrey Hepburn dreamed‌ ‌of‌ ‌becoming‌ ‌a‌ ‌professional‌ ‌ballerina. ‌She studied with prominent figures in Dutch ballet and relocated to London. ‌However, Hepburn’s health was affected by the war and changed her course. ‌Nevertheless, dancing remained an integral part of the actress’s life. Like walking, dance helped Audrey to maintain a slim and lean physique.