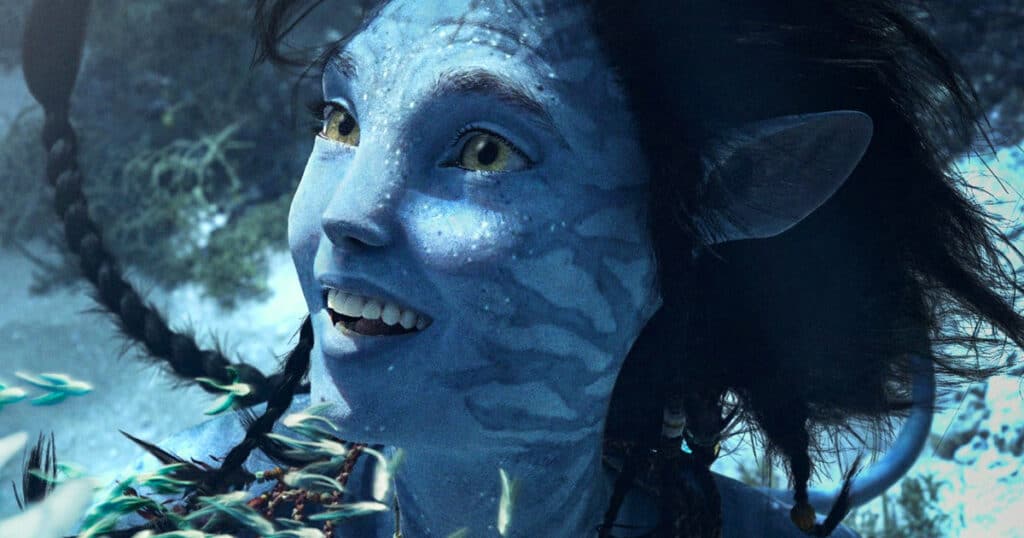 Sigourney Weaver played Dr. Grace Augustine in James Cameron’s Avatar. When it was announced that she would be returning for the Avatar sequels, fans were a little confused about how that would be possible considering her fate in the first movie. Anything is possible in science-fiction, but I certainly didn’t expect that Sigourney Weaver would be playing Jake and Neytiri’s teenage daughter in Avatar 2. That’s right. Empire Magazine has unveiled the first look at Weaver’s new character; a young Na’vi named Kiri. 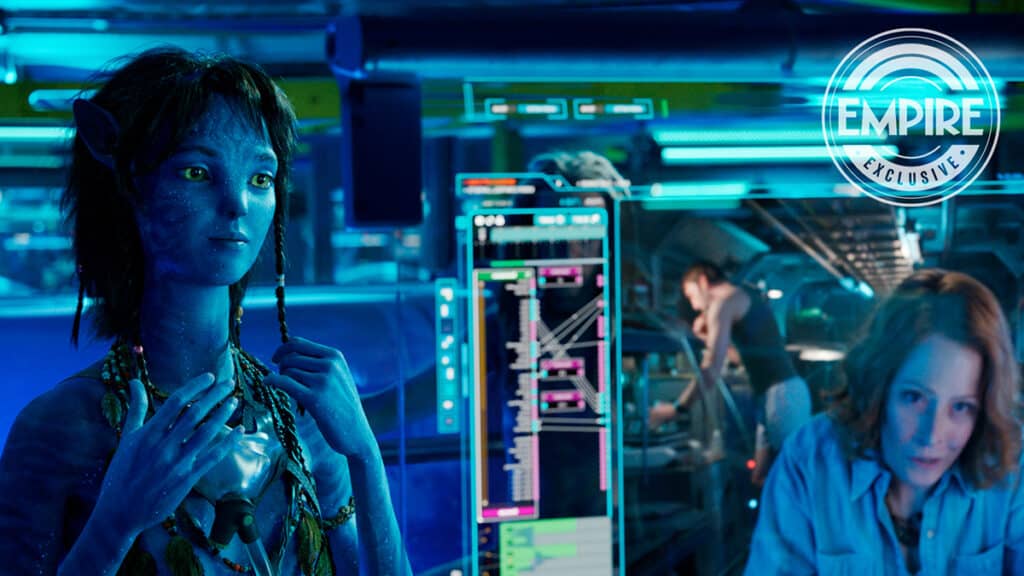 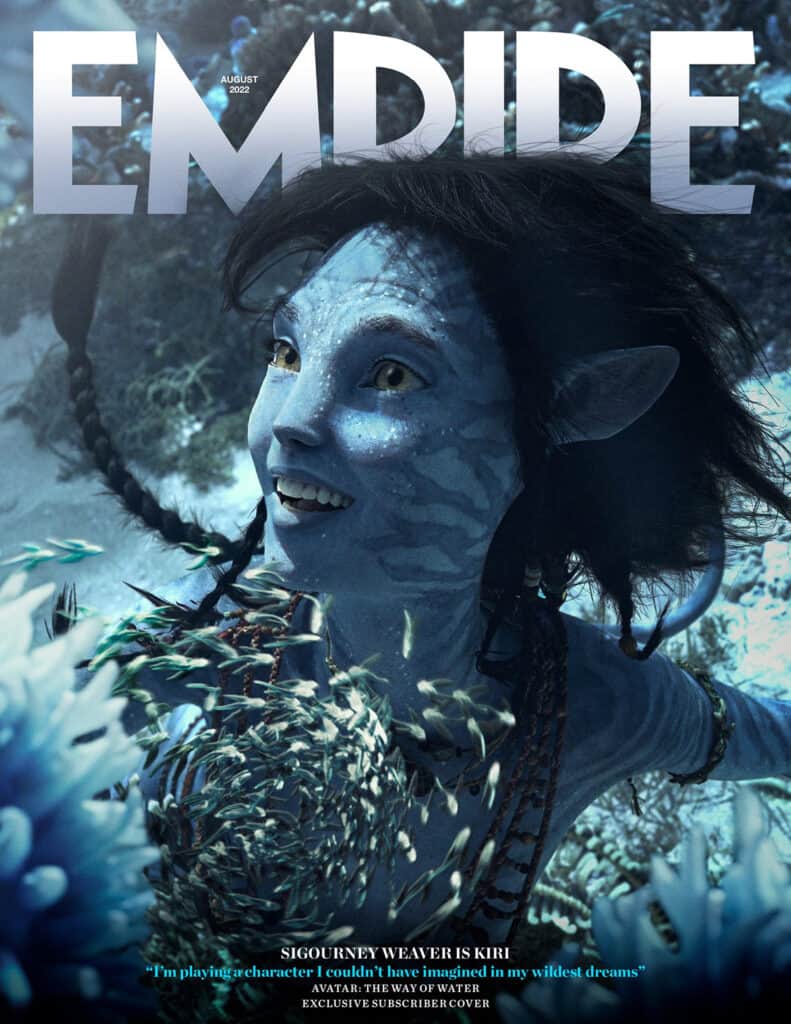 Sigourney Weaver told Empire that she embraced the chance to bring out her inner child for Avatar 2. “I think we all pretty much remember what we were feeling as adolescents,” Weaver said. “I certainly do. I was 5’ 10” or 5’ 11” when I was 11. I felt strongly that Kiri would feel awkward a lot of the time. She’s searching for who she is. I was thrilled to be given that challenge by Jim.” Avatar director James Cameron added that having a 60-something actor playing a character decades younger was a big acting challenge, but Weaver was more than up for it. “Sigourney just became younger,” Cameron said. “She looked younger, she had more energy, and she never quite stepped out of Kiri for our whole capture period. She had a glow on her face and lightness in her step and a fun spirit.“

Based on the image of Kiri, you’ll notice that she has five fingers, meaning that she’s a genetically engineered human/Na’vi hybrid. She also seems to be looking at one of Dr. Augustine’s video logs, which could imply that the two might have more of a connection than first assumed.

Set 14 years after the events of the first film, Avatar: The Way of Water will find Jake Sully (Sam Worthington) and Neytiri (Zoe Saldaña) having started a family, but when the Resources Development Administration (RDA) returns to Pandora, the family is forced to flee to the reef. Jake and Neytiri’s family includes Na’vi kids Neteyam (Jamie Flatter), Lo’ak (Britain Dalton), and Tuktirey (Trinity Bliss), but they also have Miles Socorro (Jack Champion). Also known as Spider, the young boy was born at the military base on Pandora but was too small to return to Earth so he has been raised by Jake and Neytiri.