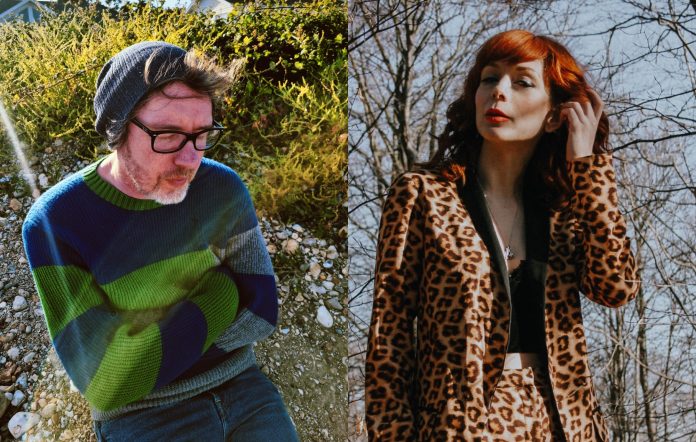 Band Spectra and The Anchoress have teamed up for a new collaborative song and video, ‘Human Reciprocator’ – see it first on NME below.

Described as being “politically charged”, the track was inspired by West Germany’s Krautrock movement in the 1970s as well as the “vocal expressiveness” of David Bowie‘s 1977 album ‘Low’.

‘Human Reciprocator’ serves as the first preview of Band Spectra’s (aka Robert Manning) debut studio record, details of which are yet to be announced. It arrives with an official video directed by Callum Henderson.

The Anchoress (aka Catherine Anne Davies) co-produced the single alongside Manning, with the pair delving into the “discontent, disillusionment, and anger over the current political landscape in the UK”.

Davies explained: “Human Reciprocator was heavily inspired by an overdose on the toxic news cycle, ruminating on privilege and abuse of power in politics, deception, hypocrisy and the slow slide into a Britain steeped in poverty and a cost of living crisis while a political elite bluster and lie their way through a decade in power.

“Growing up with periods of my childhood relying on free school meals I am increasingly horrified at the proliferation of reliance on food banks while those in power become ever more detached from the realities of the working classes. Human Reciprocator is a reflection on the current state of affairs.”

Manning added: “Band Spectra began as a therapeutic endeavour following a passing recommendation by a neuropsychologist to use music as an aid to try to combat a decline in my health as a result of Multiple Sclerosis.

“Recognising the frustrating lack of visibility and significant barriers faced by disabled musicians within the music industry and with the help of Arts Council funding, I made an album of remote collaborations during a challenging period of shielding, with the intention of celebrating and raising awareness of disability and diversity.”

He went on: “‘Human Reciprocator’, the first song written for the album, started as a primitive idea: a 909 motorik beat; a driving Moog bassline and Leo Abraham’s cacophonous experimental guitar saw the tentative beginnings of what (18 months later) translated into the perfect hostile foundation for Catherine’s powerful and veracious political lyrics.”

The Anchoress released her acclaimed second album ‘The Art Of Losing’ in March 2021. In a four-star review, NME hailed the project as “both painful and familiar – it captures the unpredictable, spinning chaos of grief with a searing precision that’s hard to turn away from.”