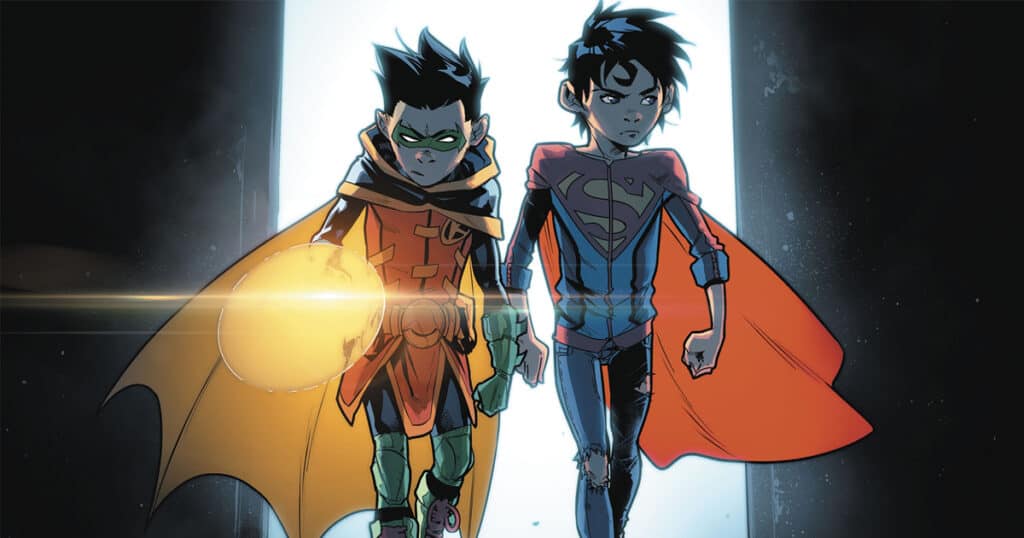 Warner Bros. Home Entertainment has unleashed a Batman and Superman: Battle of the Super Sons trailer that features Damian Wayne and Jonathan Kent working together against the forces of evil. Due to swing into action later this year, the full-length animated feature finds Damian and Jonathan thwarting an invasion by the alien Starro. The film also features Batman, Superman, The Flash, Martian Manhunter, and members of the Teen Titans.

Despite their oil and water chemistry, Damian and Jonathan are brothers-in-arms in DC Comics. While Damian’s immaturity often leads to his inability to “read the room,” Jonathan is always there to make him see sense. The two heroes have fought side-by-side in several comic book series and would die for one another if push came to shove. Jonathan Kent recently emerged as bisexual in his solo series Superman: Son of Kal-El. Damian embraced Jonathan’s coming out with compassion and an open mind, strengthening their bond as inseparable companions in crime-fighting.

What do you think of the Batman and Superman: Battle of the Super Sons trailer? Who is your favorite Robin? Do you think Jonathan is more powerful than the Man of Steel? Feel free to sound off in the comments section below.