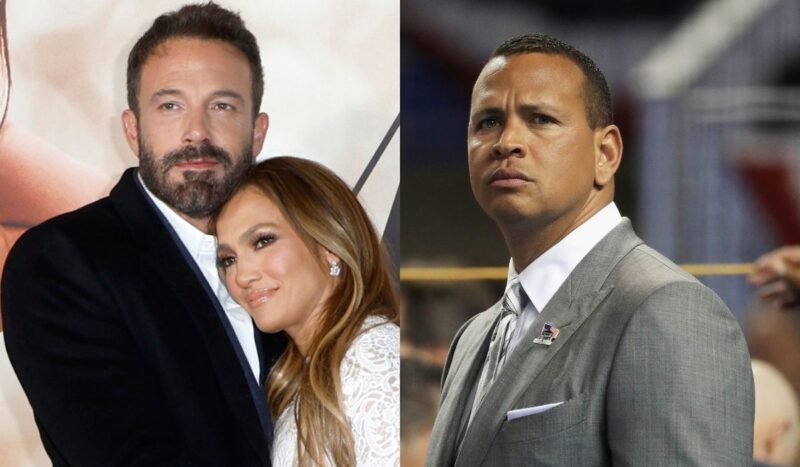 This week, the Globe reports Ben Affleck managed to completely outshine Jennifer Lopez’s ex-fiance Alex Rodriguez in the engagement ring department. Sources say Lopez’s latest engagement ring put the actor back a cool $10 million, whereas Rodriguez only chucked up $1.8 million for his proposal.

And Lopez certainly hasn’t been shy about showing off her new bling, and she’s been flaunting the massive green diamond all over Instagram. So, the tabloid sought out a diamond expert to figure up the rock’s price tag. “I would value the ring over $5 million and could be worth more than $10 million!” the professional notes.

There are so many reasons that this report is absolute nonsense. First of all, it isn’t a competition. We’re sure the price of Jennifer Lopez’s engagement ring had no bearing on her decision to marry Ben Affleck, so there’s no reason to get caught up on dollar signs. But if we are going down that road, we should mention that there is no drama worth rehashing when it comes to Alex Rodriguez and Lopez’s engagement.

Lopez has now been engaged a staggering six times. That’s six different rings, and from what we know about each of their prices, Rodriguez’s ring was actually on the more affordable side. When Affleck first popped the question in 2002, Lopez’s engagement ring was estimated at $2.5 million. Then, Lopez married Marc Anthony with a $4 million blue diamond. Clearly, Rodriguez wasn’t trying to one-up any of Lopez’s past beaus in the ring department, so we seriously doubt Affleck was either.

But most importantly, we have no idea how much Lopez’s latest ring is worth. She’s only flashed it a few times, and we seriously doubt anyone is getting close enough to the rock to accurately assess its value. While we’re sure the ring wasn’t cheap, we can’t even begin to guess how much it actually costs. And since the tabloid’s “expert” guessed anywhere from $5 million to “more than $10 million,” it’s clear they don’t have a complete picture either.

The Tabloid On Jennifer Lopez

We know better than to trust anything the Globe says about Jennifer Lopez or her partners. Last year, the outlet claimed Lopez gave Alex Rodriguez the impression that they would get back together after they called it quits. Then the magazine called Rodriguez a “dumped dope” and claimed he was demanding Lopez to stop “humiliating” him. Then the publication claimed Rodriguez was using his and Lopez’s “mixed up millions” to stay close to her. Obviously, the Globe hasn’t still hasn’t stopped taking shots at Rodriguez over his and Lopez’s breakup.