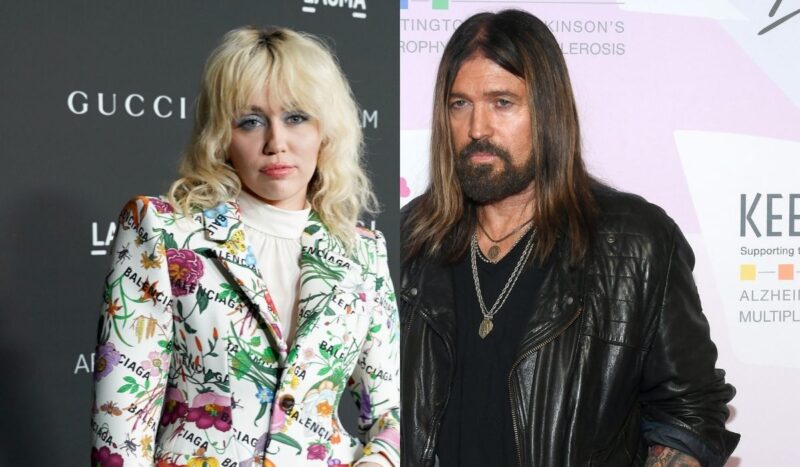 Billy Ray has already been hit with divorce papers once.

Billy Ray Cyrus and Tish Cyrus are getting divorced. One report says Miley Cyrus is furious over her father’s selfishness. Gossip Cop investigates.

According to the National Enquirer, Billy Ray’s fury over his career is what killed his marriage. This is the second time Tish has filed for divorce, but this time, a source says, she’ll go through with it. The insider explains, “Tish first filed on her own in 2013, but Billy Ray begged her to stay, knowing a split would keep him away from his best chance for a sustained comeback-Miley.”

After scoring a major hit on the remix of “Old Town Road” with Lil Nas X, Billy Ray failed to have another hit. He apparently left his family for Nashville, determined to make it big once more before his dreams fell apart. “The the pandemic hit and Billy Ray’s plans for a big concert tour crashed, and he was bitter about it” a friend says. Tish apparently felt like he cared more about his career than his family, so she finally ended things.

How Does Miley Cyrus Really Feel?

The Enquirer goes so far as to say Billy Ray has “wrecked his relationship” with Miley, but we don’t learn anything about her thoughts in this article. If these so-called sources know about a family splitting rift, surely they would say more about it?

Miley has never been one to keep her feelings to herself. She’s an open book as far as celebrities are concerned. If she was furious with her father, surely she would post about it on Instagram or something. Instead, she’s keeping a very tight lip. Since we have no clue how she’s reacting, this story cannot be true.

Let’s be honest, this story exists solely to bash Billy Ray. By any standard, his career has been a monumental success. He can surely live off royalties from “Old Town Road (Remix)” for the rest of his life, and he was a true megastar in the ’90s.

In a statement released to People, Billy Ray and Tish did not sound too sad. “we have decided to go our separate ways—not with sadness, but with love in our hearts,” the two wrote. “We have grown up together, raised a family we can be so proud of, and it is now time to create our own paths.” Gossip Cop is more inclined to actually believe the couple and not the testimony of bogus “friends,” so it seems like this was a mutual decision years in the making.

About a year ago, this very outlet claimed Dolly Parton was desperately trying to save Miley. Miley and Parton have a great relationship, but Miley doesn’t really need to save in the first place. We also busted its story about Miley spiraling out of control and her supposed Harry Styles obsession.

This outlet has confidently had no clue what’s going on in Miley’s life. There’s no proof she and Billy Ray are estranged, so this story is bogus.