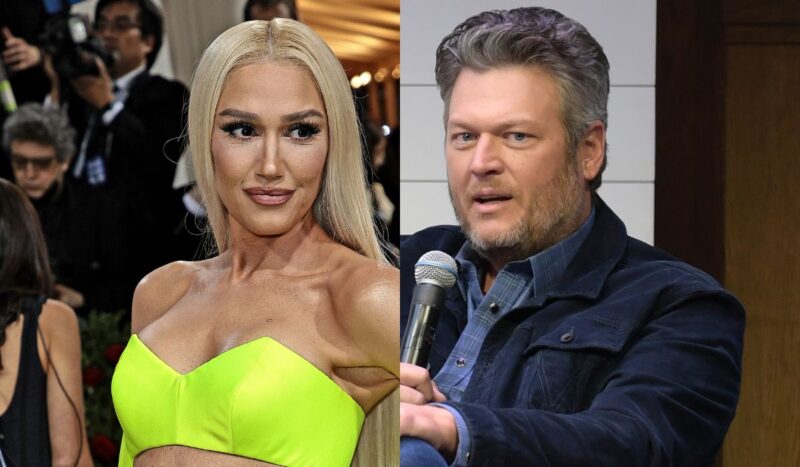 One insider says Shelton and Stefani’s marriage is fraying.

Are Blake Shelton and Gwen Stefani fighting over their home? One report says the two want very different things from their Oklahoma estate. Gossip Cop investigates.

Per the National Enquirer, Shelton and Stefani cannot get on the same page regarding how to decorate their Oklahoma mansion. Apparently, Stefani does not like Shelton’s style. A source explains, “They’re arguing over every little thing, like bathroom tiles and kitchen cabinet handles, and it’s not been a good start for their marriage. Gwen just doesn’t like Blake’s style.”

Shelton began decorating this home in 2018, but the insider says Stefani was never impressed. “Secretly, she moans he really has bad taste, and his Hawaiian-style monstrosity is just one example.” Stefani’s constant nitpicking reportedly has Shelton regretting his purchase. The mansion fight is a bad omen for the marriage, the insider concludes, saying, “They really have nothing in common… so it’s not a huge shock they’re constantly arguing.”

Blake And Gwen Have Nothing In Common?

Shelton and Stefani are both extremely successful musicians and stars of The Voice. They dated for years before tying the knot so they had ample time to check out one another’s styles. If they truly had nothing in common as this source said, then they could not have gotten married in the first place.

The Enquirer can offer up no evidence to back up its Oklahoma fighting story. It’s just the same old trite about a clash of styles that folks have written about for years. The only proof on offer here is the testimony of some so-called sources who openly believe Blake Shelton and Gwen Stefani have nothing at all in common. Shelton was making gushing memes about his marriage to Stefani just a few weeks ago, so they’re doing fine.

Back in March 2020, this very tabloid claimed Blake Shelton and Gwen Stefani were Shelton and Stefani were living separate lives. Since they got married, that could not have been true. A year later,  it announced Stefani was fighting non-stop with her husband immediately after the wedding because Shelton was too fat. It was just a hit piece bashing Shelton’s body.

Earlier this month, this outlet attempted to drive a wedge between Shelton and Stefani with his ex-wife, Miranda Lambert. Lambert and Shelton stopped being in one another’s lives years ago, and Shelton has no plans to tour with her. The Enquirer has missed the mark too many times to count, so Gossip Cop has no choice but to bust this story.