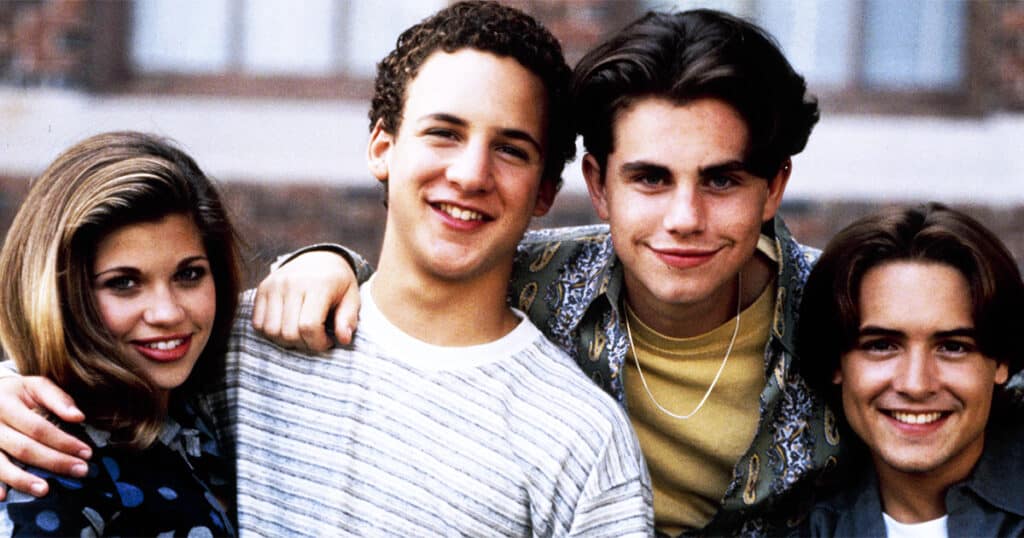 Series stars getting together to revisit their popular shows became a big thing in podcasting during the pandemic. Whether it’s The O.C. or One Tree Hill, these podcasts have proven to be popular because the people who were there are giving behind-the-scenes insight about the episodes and they usually have special guests from the show on the podcast as well to spill even more details. Not to be left out of a moment, the cast of Boy Meets World recently started a rewatch podcast called Pod Meets World but there was one cast member noticeably absent and that was the series’ lead, Ben Savage. Danielle Fishel, who is joined by Will Friedle and Rider Strong on the podcast, is now explaining why the actor decided not to join.

Fishel, who starred as Topanga on the long-running series, revealed on the first episode of Pod Meets World why Ben Savage would not be a part of it. There’s definitely no drama or hurt feelings, it’s just simply not his thing. Fishel said “Ben Savage is doing his own thing. He’s doing Lifetime movies. He’s busy. We would love for him to have been a part of the show. We asked him to be a part of the show. We talked about it with Ben and Ben was like, ‘I’m not sure it’s really my thing.’ He said, ‘It just really is not my thing,’ and we have respected that. It’s not his thing. That is why Ben is not here.”

Fishel that she and her co-stars began discussing doing a podcast in 2018 after they attended a fan convention together. The plan is for the group to rewatch all of the show and well welcome guest stars including William Daniels, Trina McGee, Betsy Randle, William “Rusty” Russ, Maitland Ward, and Matthew Lawrence. BTW, this will be a lot to rewatch because Boy Meets World ran from 1993-2000 and had 158 episodes. If they want to throw in the spin-off series Girl Meets World, on which they all appeared, that’s another 72 episodes added to the lineup.

During the first episode, which premiered on June 27, the trio admitted they had very different relationships with the show. Both Fishel and Friedle watched it all when it was airing but haven’t since. Strong has only seen four or five episodes ever and is now rewatching it with his 7-year-old son. I actually listened to the first episode and it was fun hearing them get together and discuss the episode and the show. I will definitely be listening to more.

Do YOU wish Ben Savage was involved with the Boy Meets World podcast?